With the 45th Daytime Emmy Awards only hours from taking place, we’re sitting down with nominee Hudson West to discuss his work on “General Hospital,” what he thought about his nomination, and why the experience is the highlight of his career thus far.

TrunkSpace: First, congratulations on your Daytime Emmy nomination in the Outstanding Younger Actor category for your work on “General Hospital!” What was it like learning that you had been nominated?
West: At first I couldn’t believe it. I was so excited, it left me speechless. But not my mom, she was running around screaming. I am so very honored to be given this opportunity. Even if I don’t win the Emmy, it is just amazing to be able to attend the ceremony on Sunday.

TrunkSpace: Does the nomination make you feel that the work you’ve been doing on “General Hospital” is appreciated in a way that maybe you didn’t even consider before?
West: When I first got hired on “General Hospital” I definitely didn’t consider submitting myself for an Emmy, let alone getting nominated. So yes, I guess my work is being recognized and appreciated more than I thought and that makes me very happy! 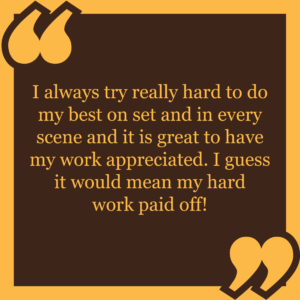 makes it almost my second family. Going to work at “General Hospital” is like hanging out with my family and close friends. I know everyone so well, we all have great chemistry and it is really fun working and interacting with everyone. I think having special relationships and learning the excellent work ethics everyone has as well as having a sense of humor is very important in daily life. I hope to remember that and take it with me through my life.

TrunkSpace: Soap operas are known for their fast-paced shoot schedules. Do you feel like your time on the daytime series is a great boot camp for the ins and outs of the industry, both in terms of production and performance? Are you learning a lot throughout the process?
West: Soap operas are very fast paced. We do every scene only one or two times. So you better know your material before you get to work. However, I thrive in that environment. I try to be totally prepared when I get to work because I know how quickly we need to go through the scenes. I usually don’t have too many lines but most of the other actors have a tremendous amount of material every day to memorize and I don’t think they are given enough credit for that. So I have learned to be prepared, do my very best at all times because there isn’t much room for error as far as time goes. So yes, I believe I am learning a lot from the other actors as well as the production viewpoint.

TrunkSpace: Not only are there a ton of great actors on the show, but a long list of extremely successful actors got their start there. Do you feel like you’re following in the footsteps of those who came before you and what do you hope the future holds in terms of your acting career?
West: Yes, there are a lot of very talented actors on the show and I’ve learned about the ones that went on to other roles outside of soap operas. I would certainly love to continue on and do more work on other projects. But for the time being, I absolutely love being on “General Hospital.”

TrunkSpace: Can you tell us anything about your upcoming recurring role on “I’m Dying Up Here” and who Jesse is as a character?
West: The show “I’m Dying Up Here” is about stand-up comedy. And I’m not really sure if I’m allowed to expound on that so to not to get in trouble, I’m going to stop at that. 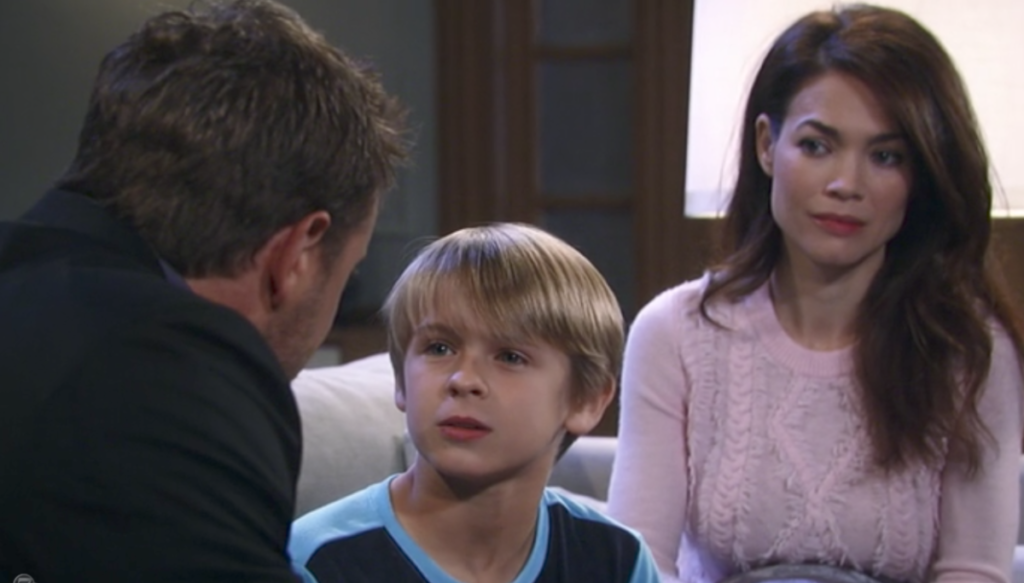 TrunkSpace: We would have to imagine that you’re pretty psyched for “Avengers: Infinity War,” which got us to thinking… if you could be cast as any superhero, who would it be and why?
West: My favorite superhero is the Hulk, however if I was to be cast as a superhero, I’d like to be Thor. Thor has a very cool power and he can control lightening. His character is just very tough and strong.

TrunkSpace: We read that you’re a big hockey fan. Who are you rooting for in the NHL playoffs?
West: I’m rooting for the Washington Capitals because they have Alexander Ovechkin. He’s super good, fast and he has amazing dekes. He’s really cool to watch.

TrunkSpace: Finally, Hudson, for you personally, what has been the biggest highlight of your acting career thus far and why?
West: The highlight of my acting career has definitely been the Emmy nomination. Because I never thought I would ever be nominated, it is such an honor and it could be a once in a lifetime experience. I just want to enjoy every moment of it.

For information on how to stream the 45th Daytime Emmy Awards live, visit here.