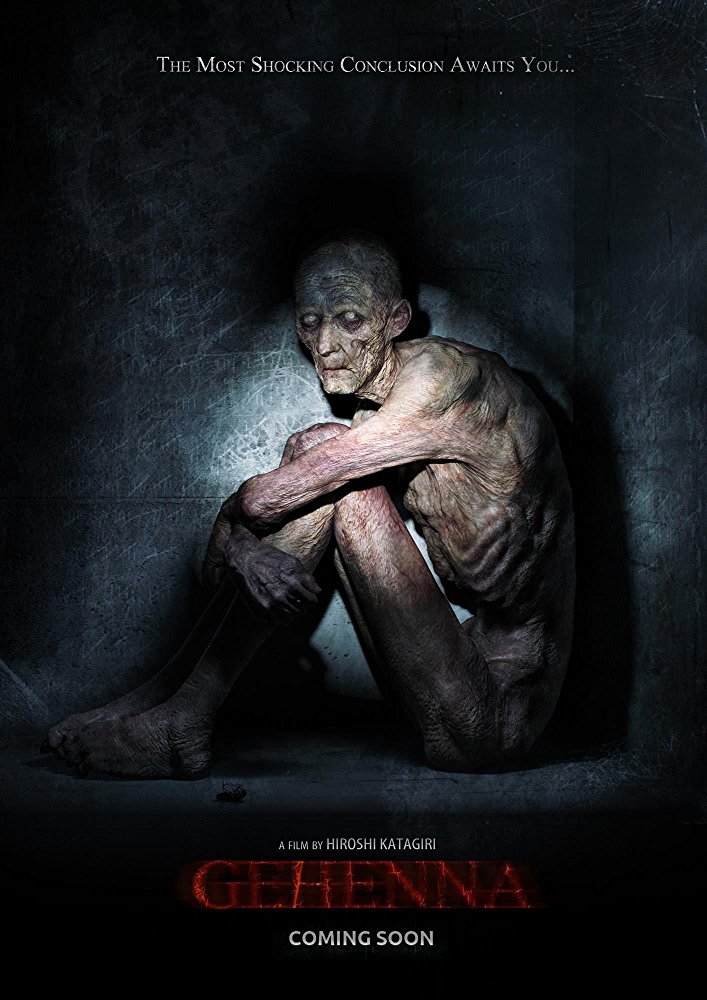 Chilling Out is where TrunkSpace talks all things horror and genre with those who work in the projects that give us the thrills and chills to keep coming back for more. This time out we’re chatting with Hiroshi Katagiri, the makeup FX marvel who made the leap into writing and directing with “Gehenna: Where Death Lives.” Starring Doug Jones, Lance Henriksen and Eva Swan, the directorial debut follows a group of people who travel to Saipan in search of a new resort location, only to find something much less relaxing – a hidden bunker filled with history, secrets and terror.

We recently sat down with Katagiri to discuss how long he’s been dreaming of his own film, the reason he wanted to combine the feel of both Japanese horror and American horror, and why he couldn’t be too demanding on set.

TrunkSpace: You’ve had your hand in so many films over the years, but what did it mean to you personally to be spearheading a film of your own? How special was that for you?
Katagiri: I’ve been doing this job for like 27 years now, but when I realized that I wanted to make a movie is when I was 20, actually – a year after I started this job. So yeah, it’s been a long time. I’m 46 now. It took took me 26 years.

TrunkSpace: Was this always the film you had in mind? Was “Gehenna: Where Death Lives” the movie you’ve been waiting to make for 26 years?
Katagiri: No, not really. No way. Generally, I wanted to be a director, but I didn’t know what to do – since I became independent from my parents and I was making my own money by doing the makeup effects. Back then, that was the early ‘90s so I had to go to school if you want to make a film, in general, before the digital days. So I was just burying my dream in me for a long time. But I think in early 2000 I saw someone just editing their videos on a computer. That freaked me out. (Laughter) I was like, “Can you do that?” Then my longest dream came back. “Okay, maybe it’s possible if I could shoot and just edit and make a film.” So, after working on “Hellboy” I got some downtime and in 2003 I decided to pursue this new career. I bought the new video camera and a new computer and editing software. I started my first video project then, in 2003, which is 15 years ago.

I knew if I was going to do my first feature, I was not going to have much money, so I had to think of a story with the possibility that I could make it with such a low budget.

TrunkSpace: So you purposely made it self-contained? 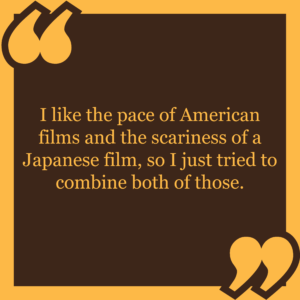 Katagiri: Yeah. So then I think about the stories with limited characters, limited number of characters, and a limited location. Then, “What can I make a story about where a few people will be stuck in a certain place?” So that’s how I start thinking about this story. And then also, I take my advantage, my background, which is growing up in Japan for 18 years and then I live here for 20 years, so I have a dual culture background. I like the scariness of a Japanese horror, but usually Japanese horror films are boring. (Laughs) It’s a good thing and a bad thing, you know? It’s like a slow pace and sometimes it’s effective for the scariness. But American horror… a good example is “The Ring” because there’s a Japanese version and an American version. The Japanese version is way more scary for me, but it’s boring as hell. (Laughter)

TrunkSpace: It was all about setting a tone and feel.
Katagiri: Yeah. That’s effective, but it’s really hard to stay awake. And with the American “The Ring,” I think that’s an excellent film, excellent. As a film, that was great, but the scariness at the end was not as scary as the Japanese version. So I was thinking, “Okay, I can use the good part of both.” I like the pace of American films and the scariness of a Japanese film, so I just tried to combine both of those. I can use the Japanese scariness and the American culture.

The main character had to be American because I wanted to make an international movie. And then the location came up… it was a place that America and Japan fought and so many people died there, both Japanese and American. “It could be a good location for a horror story and what if there is a Japanese bunker? A hidden bunker? And an American crew stuck there?” That’s how I started out my story.

TrunkSpace: You’ve been around film sets for years, but what was your first day as a director like? Were you nervous stepping into that new role?
Katagiri: Yeah, especially the first day of shooting. Because of the schedule of Doug Jones, the shooting dates set it. He only could participate on the first two days. From the first day of the shoot there is Doug Jones and I have to direct him. Yeah, that’s a big deal! (Laughter) I knew him and I had been working with him as a makeup effects artist, but I never directed him.

TrunkSpace: Did you go into the experience trying to emulate the style or approach of another director you have seen work?
Katagiri: Not really imitating the other directors, but it’s natural just remembering how they were acting, how they’ve been behaving. Yeah, that gave me influence. Of course.

And especially in a low budget film like this, many people are working as a favor so I cannot be too demanding. (Laughs) I can’t say, “Okay, shut up, I’m paying you!” (Laughs)

TrunkSpace: It’s probably difficult not to get caught up in the stress though. Shooting a film is a big thing, with so many people involved.
Katagiri: Yeah, absolutely. That’s tough when there’s so many people waiting for my call and, without my approval, then it doesn’t move forward, so the pressure is huge. But at the same time it’s rewarding of course. It’s something I was imagining for like seven years since I started writing. It’s right in front of me, so that’s a big deal.

TrunkSpace: You’ve continued your work in makeup effects, but is that a path that you always want to travel on in your career or do you see yourself moving more towards writing and directing?
Katagiri: If I can make a living as a director, I would like to shift to director. You know, it’s been like 27 years in my career doing the makeup effects and I’ve done so many things and if I could create something like a major character for a major movie then I don’t have any more desire. The ‘90s was the greatest time. I was always busy and we were leading the world. We were creating something nobody had seen before. Really good time, good time. And now, you know, it’s like repeating those things we discovered and it’s nothing too new. It’s still fun, creating things, but I’d rather just be directing if I can.

TrunkSpace: So do you feel like, as an artist, you’ve done all that you can do in the makeup effects field? Are you fulfilled in that area?
Katagiri: Yeah, I do. I do. Like Guillermo del Toro, he used to do the makeup effects for a short period of time, then he starting showing a passion for making movies. He’s not doing hands on but he is creating the characters and creatures. That’s what I would like to do.

“Gehenna: Where Death Lives” is available now on VOD.