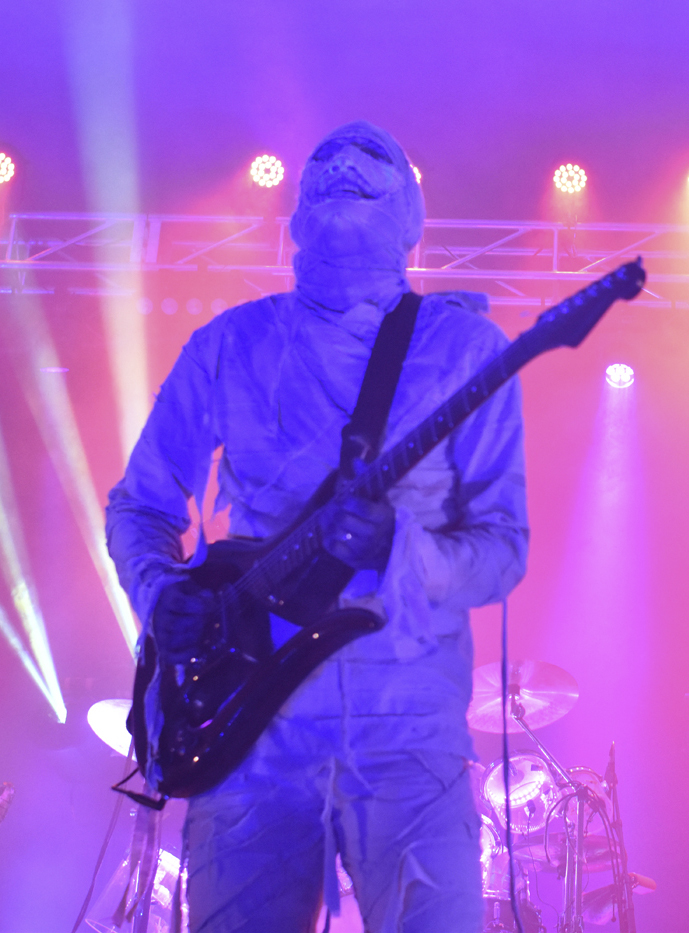 TrunkSpace brings you another edition of Musical Mondaze. This time out we’re sitting down with Here Come the Mummies, an eight-piece funk-rock band from Nashville who mash it up on stage in full body bandages. Though their true identities are under wraps (pun intend), leading to rumors that the mummies are in fact well known Grammy-winning musicians, it doesn’t take birth certificates and proper names to bring you to your feet and rock your souls for all of eternity.

We sat down with Mummy Cass(anova) and Midnight Mummy to discuss the mummy versus zombie debate, their historical musical history and, of course, Quentin Nigel Fontanelle Dumblucke IV.

TrunkSpace: Thanks for sitting down with us. I guess the first thing we wanted to throw out there was a sort of logistics question. Typically, the mummification process involves the removal of organs, and specific to our question, the brain is pulled out through the nose. Doesn’t one need a brain to know how to write and read music and play the instruments themselves?
Mummy Cass: You’re absolutely right about that, and they scraped and yanked and pulled and did every other thing they could to get it all out… wait, was was I talking about?
Midnight: But in the end…
Mummy Cass: Right! But in the end, they missed a few spots. Thanks.
Midnight: Sure, man.

TrunkSpace: How did the band first come together? Were you all from the same tomb?
Mummy Cass: We played together in ancient Egypt at weddings and feasts and such, back when we were mere mortals. But shenanigans with the Pharaoh’s daughters got us cursed. So we’ve been wandering the Earth together through some dark ages, and some comparatively fun times, like now.

TrunkSpace: When did you guys come to the “New World” and what ultimately made you decide to settle in Nashville?
Mummy Cass: Our latest discoverer, Quentin Nigel Fontanelle Dumblucke IV, had us transported to one of his facilities outside of Boston from Tunisia, where we had taken a few centuries off from being unstoppable. There some frightful experiments took place, but I don’t want to talk about…
Midnight: …As for the Nashville part, in a word, studios. Of course now we have our own. It is way underground, and secret.

TrunkSpace: Nashville is obviously known for being a music town. But, is it competitive? Are there other mummies you guys knock heads with in town?
Mummy Cass: We pretty much have our run of the place.

TrunkSpace: The band plays a sort of hybrid (diebrid?) funk. Now, that’s not exactly a genre of music that was kicking around when you guys were alive. How did you discover the sound and what was it that drew you to it?
Mummy Cass: Well, funk has a faint whiff of rot to it, just like a perfectly ripe strawberry. So, it was a natural selection.
Midnight: Ha, Natural Selection.

TrunkSpace: Tombs are known for their ancient, yet sophisticated booby traps. Did any of you have any cool booby traps you can share with us? 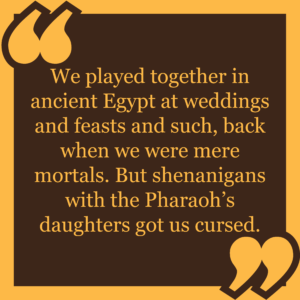 Mummy Cass: Well, let’s just say that all that stuff from “Raiders of the Lost Ark”… pretty accurate.
Grates with spikes that swing down out of nowhere when you so much as brush up against a sarcophagus, stuff like that.
Midnight: Not pretty, not pretty.

TrunkSpace: There was a time when a group of undead performing on stage would have caused a bit of a stir and driven the general public into a terrified tizzy. What changed? Has the popularity of shows like “The Walking Dead” forced people to look at the actual walking dead differently?
Mummy Cass: True, and we have caused just such a stir many times in many places in our wanderings. Nowadays people act as though they’ve seen it all. That’s why we like making ‘em jump around and dance and stuff.

TrunkSpace: Do members of the band ever change bandages or are those you don as antique as you are?
Mummy Cass: They never come off. Think of them like onions in a casserole… baked in, no getting them out. If you tried, our decrepit flesh would tear off along with. It’s a sort of human jerky we have on our withered bones.
Midnight: You said bones.

TrunkSpace: If we were to peel back those bandage layers, who would we find to be the most handsome?
Mummy Cass: What did I just say? You can’t peel the damn things o…
Midnight: I’d have to say… probably Midnight.
Mummy Cass: Ha.

TrunkSpace: Speaking of looks… how does a mummy living in the modern world find love? Does decomposition come into play?
Mummy Cass: Well, ladies dig us cause we know how to have a good time, and we don’t have to put on some kinda ridiculous dog and pony show with fancy cars, hats, rings and whatnot.
Midnight: Hey, I like a good pony show. 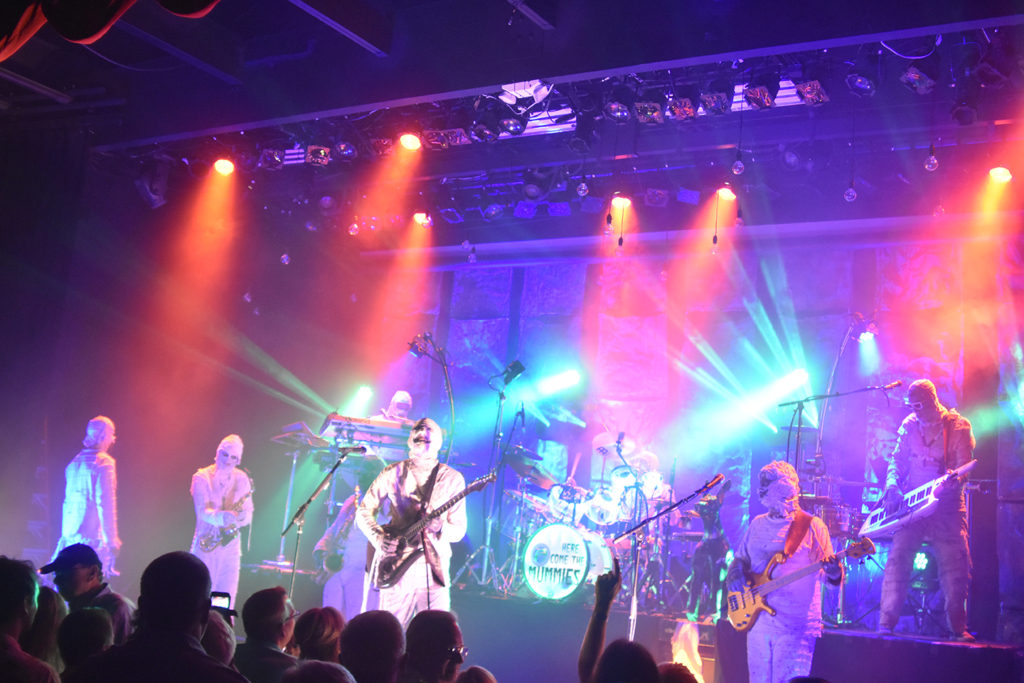 TrunkSpace: Here Come the Mummies write songs that have a tendency to stick in your head. Will they stand the test of time just as you have?
Mummy Cass: That’s not the only place they stick. Seriously, only time will tell, and…
Midnight: Unless somethin’ changes, we’re gonna be around to find out.

TrunkSpace: What are your thoughts on somebody like Rob Zombie who is only undead in name?
Mummy Cass: Still pretty cool.
Midnight: He’s got his own thing.

TrunkSpace: What can fans expect from Here Come the Mummies in 2017?
Mummy Cass: We are always working on new music. Who knows when we’ll put it out? Maybe this year, maybe next. We are playing some brand new stuff right now from the two new records we have out, “Underground” and “A Blessing and a Curse.” Check us out at www.herecomethemummies.com.