In a time when everyone is talking about the exceptional storytelling found on cable and streaming platforms, NBC did something relatively unusual for networks this past television season – they produced a new, non-reality hit. Stacked with an impressive cast and developed to be relatable on multiple levels, “This Is Us” exploded onto the scene with a pilot that genuinely took people by surprise, which is an accomplishment in and of itself in this spoiler-filled age.

The story follows the Pearson family as they navigate the ups and downs of life, both in the present and by way of the past through a series of flashbacks that peer in on the complicated upbringing of the three siblings at the core of the series. Hannah Zeile plays the adolescent version of Kate (also played by Chrissy Metz), a reserved young girl who is dealing with a lack of self-confidence, an overbearing mom, and finding her place amongst the rest of the family.

Season 2 of “This Is Us” kicks off tonight on NBC.

We recently sat down with Zeile to discuss how she handles the emotional workload of her character, her favorite scene, and whether or not she feels pressure heading into the second season.

TrunkSpace: What were your initial thoughts when you learned that you would become a series regular in season 2?
Zeile: I felt like someone needed to wake me up because my absolute biggest dream since I remember dreaming became a reality. I was already so excited to be a recurring guest star in season 1, but it was not a guaranteed job. Becoming a series regular has been the biggest blessing and honor, especially on a show with so many talented people.

TrunkSpace: Does that mean we’ll be flashing back even more to the origin stories of how each of these characters became who they are?
Zeile: We will definitely be seeing more of the teenage Big 3. The teenage years are a pivotal time in a person’s life, full of change and growth and lots of life lessons, so I’m excited for everyone to see Kevin, Kate, and Randall start discovering themselves. The writers do an incredible job of showing how the storylines of the teenage Big 3 have an effect on their present lives.

TrunkSpace: The storytelling in “This is Us” is always very powerful and relatable. What will Kate be dealing with throughout the course of the season that you can shed a little light on (without giving too much away) and do you find it difficult to go to such emotional places with the character as you grow alongside of her?
Zeile: I really cannot reveal much, but as you saw in season 1, Kate has a very close bond with her dad and we will get to see that relationship explored, as well as her complicated relationship with her mother. There is such a difference between reading an emotional scene, and actually performing it. The writing is phenomenal and my castmates are as well, so all the “emotional places” become so real and organic.

TrunkSpace: Is there a particular moment performance-wise from your work in season 1 that you are most proud of and why? 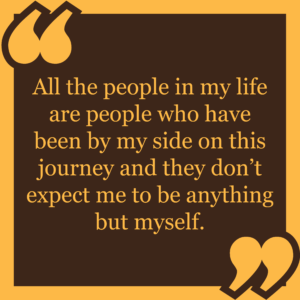 Zeile: I’m most proud of my scene in the car with Milo Ventimiglia in episode 17 because that scene was really important for the development of Jack and Kate’s relationship. It was essential to use those few minutes to portray how close of a father/daughter duo they are, and I thought it turned out really beautiful.

TrunkSpace: One of the amazing things about the show from your character’s perspective in particular is that it is a period piece. You’re getting to perform on these wonderfully authentic sets and wear incredible wardrobe pieces that really help establish the tone for that period of time. What do you enjoy most about being able to tap into that throwback feel with the work you’re doing on “This is Us?”
Zeile: It is so fun working in different time periods! I admire the wardrobe and prop departments for all their amazing work. The prop department is very attentive to detail, like making sure the date is within the period on the newspaper that is sitting on the breakfast table. The wardrobe department dresses me in such amazing stuff that I always tell them I’d love to take stuff home and wear some of the pieces around.

TrunkSpace: When the show premiered last year, it really took a lot of people by surprise in terms of how quickly it became a success for NBC. Do you feel like there is any extra pressure on the series (and yourself as a series star) going into the second season?
Zeile: I don’t really feel pressure about it. The writers, my castmates, and the crew are brilliant so I have confidence in all those people. We all come to set and have so much fun because we love what we do and we love what we are creating, so the fact that other people love it too is incredible.

TrunkSpace: In terms of performance and finding Kate, did you and Chrissy ever sit down together and discuss certain aspects of the character that perhaps was expected to carry over into adulthood? Because you’re both playing the same person, is it important to stay in sync?
Zeile: When Chrissy and I get together, we laugh a lot and grow closer on a more personal basis. I’ve picked up her mannerisms and things by watching the show and watching her performances, but I’m thankful that Chrissy trusts me enough to make teenage Kate my own character with her own identity.

TrunkSpace: You’re still so young, and yet now starting to be accomplished in the industry. Does that put pressure on you in your personal life amongst friends and peers? Have people’s expectations changed in regards to who they think Hannah Zeile is?
Zeile: I’ve always been someone who keeps her circle tight. I’m really close with my family; my mom is literally my best friend and my biggest supporter. All the people in my life are people who have been by my side on this journey and they don’t expect me to be anything but myself.

TrunkSpace: What first drew you to acting? What made this particular journey of such interest to you?
Zeile: Growing up, I would come home from a movie and pretend I was my favorite character for the rest of the week. I always loved stepping into someone else’s shoes and pretending to live in their reality. As I’ve gotten older, I can appreciate how a performance can affect you in ways that words can’t describe, but you feel it. I hope that in my career I can move people the way other actors have moved me.

TrunkSpace: You’re playing a teen on television who is going through a lot of difficult, emotional moments in a world where social media didn’t exist. This is a bit of a mind melt, we know, but given what you know about being a teenager in 2017, do you think Kate’s experience would be easier, similar, or more difficult if she was growing up in the present?
Zeile: It is hard to say for sure, but I would think it would be more difficult. Social media can put a lot of pressure on young girls, especially like Kate who struggles with low self-esteem mostly due to her weight. Unfortunately, people can also be negative and hide behind a keyboard on social media and I think mean comments are hard for anyone to read, including Kate.

Season 2 of “This Is Us” premieres tonight on NBC.