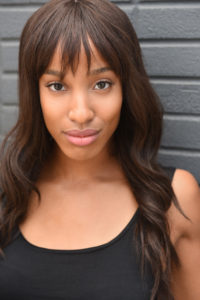 TrunkSpace: When did you know that you wanted to act for a living?
Green: I knew probably since I was little. My sisters and I would put on little plays for our family and friends just for fun. My friends thought it was so weird, but they said they enjoyed it. I dipped my toes in the water with my first acting experience in high school when I did my first play, “The Tempest.” I think that’s when I really got the acting bug. I waited ‘til after I graduated from college to come out to LA and really pursue it.

TrunkSpace: Was there a particular performance or actor/actress from your childhood that you remember being drawn to and inspired by?
Green: I remember watching Fred Astaire and Ginger Rogers as a child for hours a day. I watched every movie they ever were in together ‘til like 5 a.m. I think I sat in front of the TV for 15 hours straight watching TCM. I also was enamored with Lucille Ball. She made me want to be a fierce comedic actress. Seeing a woman at that time be so fearless on television was empowering. She was a force to be reckon with and I dreamed of one day being an inspiration like she was for other girls.

TrunkSpace: How did you decide to approach your career as an actor? Did you formulate a plan of how you wanted to attack what is known for being a hard industry to crack?
Green: I really didn’t have a plan. I knew I wanted to do something that for the most part was not only my dream, but its difficulty was high. About 10 percent of people actually become successful in this business and those odds were enough for me. I didn’t want to live with regrets, so I decided to move out to LA, take classes, hustle to get an agent and just do it! 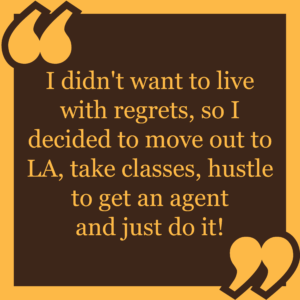 Green: I decided to take the leap of faith when I graduated from college. I had to wait some months because my sister wanted to come too. So after she graduated we drove from Texas to LA. The trip was a nightmare and that’s how I knew there was no turning back. It took 24 hours and we drove without stopping until we got to LA. I must have had about three panic attacks along the way, but by God’s grace we made it. I was 23 at the time and ready to truly live the life I always wanted.

TrunkSpace: Was that move an easy transition for you initially? How long did it take you to feel at home and find a good support group of friends and peers?
Green: The move was an interesting one. I’ve never driven for such a long time, so that definitely was a challenge in itself. It took at least a good year for me to feel at home. I found the acting school, Playhouse West, where I made a core group of friends that helped the transition a bit. It also just took some getting used to. I was a southern girl now living in Hollywood. That’s quite a shock for a girl who has lived in Texas her whole life and never dreamed of doing something so brash.

TrunkSpace: What has been been your biggest break in terms of a particular role or project thus far?
Green: I think doing “Grey’s Anatomy” has probably been my biggest break. It was an amazing experience that I will always cherish. The cast and crew are so kind and the set really had a family atmosphere. To work with actors that I had been watching for a long time was like being in a dream. I am also on a webseries called “Sexless” that’s had a lot of success in the online community and the work I do on there is so fulfilling and keeps me going creatively. 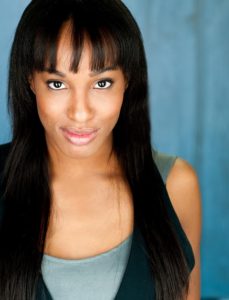 TrunkSpace: Is there a specific type of role you’d like to take on or a specific genre that you feel more at home in?
Green: I would love to take on a superhero role… one that is comedic. I love roles where the lead is a woman and she is badass and doesn’t apologize for it. Roles like Carrie Mathison on “Homeland” or Stella Gibson on “The Fall.” These are woman with complexities who struggle with being imperfect yet are still the best at what they do. There something about seeing a sexy, smart, kickass woman doing her thing that is irresistible. Those are the type of characters I want to embody.

TrunkSpace: What would you say is the greatest strength an actor/actress can have outside of acting ability itself?
Green: To be completely comfortable and open with yourself. When you know exactly who you are and what you are about then no one or nothing can tell you otherwise. When you know that, those little insecurities and wanting to please people don’t get in the way of being the artist that you’re meant to be.

TrunkSpace: What is your ultimate dream when it comes to your acting career? Where would you like your path to lead?
Green: Ultimately I would like to create shows for people of all ethnic backgrounds and walks of life. This is going to sound cliché, but I would like my path to lead to complete happiness and self-fulfillment. So often people go after goals and once they attain them they are still not happy. I don’t want to be one of those people. I want to be able to ultimately give back and help others to their dreams and goals in life.

TrunkSpace: What advice would you give another young aspiring actor/actress who is considering moving away from home to pursue their dream?
Green: To follow your heart and don’t expect your journey to look like someone else’s. (I wish someone would have given me this advice early on.)

TrunkSpace: Where can people (and casting directors) learn more about you?
Green: At my website at linagreen.net or blog at eddijoyce.com. My IG: @justlinagreen