“Legends of Tomorrow” fans will recognize Graeme McComb as the more youthful version of Martin Stein who the heroes stumble upon through their various time traveling exploits. The Vancouver native most recently starred in the Nickelodeon film “Tiny Christmas,” playing a fish-out-of-water elf who shrinks a pair of children, and naturally, holiday hilarity ensues.

We recently sat down with McComb to discuss the fun of playing Santa’s elf, one of his favorite holiday memories growing up, and how he approaches playing the younger version of a character who is already being portrayed by another actor.

TrunkSpace: There have been many great elf characters to touch down in Christmas projects and leave their mark on pop culture. In Nickelodeon’s “Tiny Christmas” you’re playing an elf named Elfonso. How does Elfonso rate in comparison to other elf characters who have come before him? What makes him fun and memorable?
McComb: Elfonso is memorable because at the start of the film, he has never left the North Pole and is terribly frightened by children. It’s amusing to watch his journey throughout the film and how he adapts to the real world and how he overcomes his fear.

TrunkSpace: When you’re working on a Christmas-themed project, does it feel like it comes with a bit of a built-in audience given that there is always a set of eyeballs who will tune in for some holiday cheer? In a way, it’s a bit like a brand, is it not?
McComb: Absolutely! I always loved watching Christmas movies as a kid and it was always a part of our holiday tradition. I’m very excited of the potential of creating some festive cheer through film.

TrunkSpace: We touched on a bit of what makes Elfonso great in comparison to other elf characters, but what made him interesting for you in comparison to other roles you’ve tackled in the past? Did you get to do anything as Elfonso on screen that you have yet to accomplish with previous projects?
McComb: He was interesting to play because I was able to incorporate my physical theater training to the screen, which was really fun for me as an actor. This was also my first experience with prosthetic ears, which helped me transform into character.

TrunkSpace: “Tiny Christmas” has the potential to become a part of the holiday traditions of future generations. Is there a 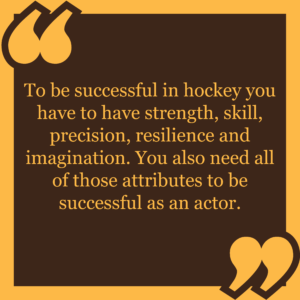 particular holiday tradition from your family/upbringing as it relates to pop culture that holds a particularly nostalgic place in your heart?
McComb: My family and I would always watch “A Christmas Story.” I would act out scenes from the movie. At a certain age I actually wanted a BB gun. All my friends at school had bb guns which made me want one even more! Luckily, after a few months of begging my mum, she finally allowed me to get one. I had so much fun with it!

TrunkSpace: Cause you’ll shoot your eye out! (Laughter) Moving on, you also recently returned to DC’s “Legends of Tomorrow” to once again portray a younger version of the character Martin Stein, played in the series by Victor Garber. How do you approach the performance of a character who is currently being portrayed by another actor in a different stage of his life? It sounds very meta!
McComb: It was a challenge but also very rewarding. When I got the audition, I was lucky enough to have Professor Stein material to study from “The Flash.” I spent a lot of time studying his speech patterns and movements and when it came to the shoot, I tried to relax, have fun and speak from the heart.

TrunkSpace: You first appeared in “Legends of Tomorrow” way back in the pilot. Did you have any idea at the time that you’d be returning as Martin Stein throughout the course of the series?
McComb: I had no idea! When the first episode came out, I had some really great feedback about the character from fans, which made me think that there was a chance he would be back on the show. 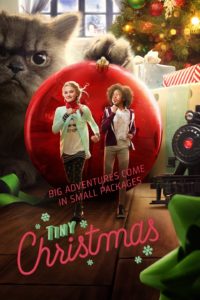 TrunkSpace: Comic book fans are very passionate about their properties and characters. How has appearing on a show set in the DC universe impacted your career? Did it open you up to the fandom at all? Have you felt the impact through social media?
McComb: I for sure have. Last year I did an AMA on r/legendsoftomorrow on Reddit and had amazing feedback and questions about the show and my career. It’s really cool to connect with so many passionate people.

TrunkSpace: What’s fun about “Legends of Tomorrow” is that it all takes place in a world where anything is possible. Does that allow you to approach performance from a different perspective?
McComb: It does in a way because the first episode I appeared in was in the 70s, the second in the 80s and the third in the 90s. Being able to play the same character over three decades has definitely given me a different perspective on acting for sure.

TrunkSpace: We read that you originally wanted to play professional hockey for a living. Are there any similarities between pursuing hockey and pursuing a career as an actor? Do they intersect anywhere?
McComb: To be successful in hockey you have to have strength, skill, precision, resilience and imagination. You also need all of those attributes to be successful as an actor.

TrunkSpace: If someone gave you a blank check tomorrow and told you to go off and develop any kind of project you wanted for yourself, what would you greenlight and why?
McComb: I would love to see a “Band of Brothers” type episodic show about Canadians during WW2. Canadians were involved tremendously during the war and telling their story would be pretty cool.