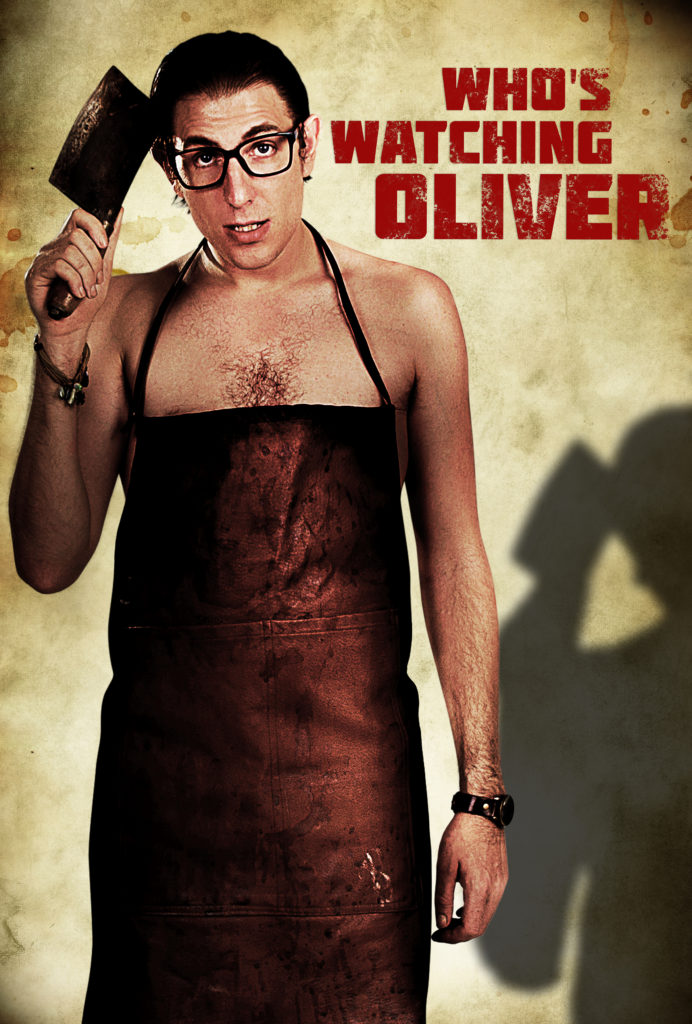 Chilling Out is where TrunkSpace talks all things horror and genre with those who work in the projects that give us the thrills and chills to keep coming back for more. This time out we’re talking with Russell Geoffrey Banks whose latest film “Who’s Watching Oliver” continues to create waves amongst horror fans, due in large part to his gripping performance as the mentally unstable Oliver.

We sat down with Geoffrey Banks to discuss the dark places that he had to go to, how he is surprised by the positive reception that the film has received, and why he isn’t worried about getting pigeonholed in the horror genre.

TrunkSpace: Does playing a character like Oliver force you to go to a dark place in your mind at times, and on those particular dark days, is it hard to leave that emotional heaviness on set?
Geoffrey Banks: Yeah. Definitely. Oliver was definitely a dark one for me. I’ve done a few other characters, like in the first film I did called “Goodnight, Glory.” That one had, again, kind of a dark character. And then “Cam2Cam” was about a serial killer.

I guess different actors do it different ways, but for me, you’re trying to put yourself in the worst possible place ever in those moments. And then afterward… for sure, it took a little bit of time to get my head right.

TrunkSpace: It also seemed like you had to strike a balance between the very dark side of Oliver and then the side with the childlike vulnerability that was attached to him?
Geoffrey Banks: Definitely. And I’ll tell you, when we were shooting it… the first part we shot was without Sara (Malakul Lane) and then she came in near the end of the film. And when she came in it was a real nice break because we had been doing all of the dark stuff up until that point and to be honest, I needed that time to do the nice stuff just to get my head right because it felt like we were just forever in a room killing people and doing dark stuff. Without a doubt, it definitely helped to have her come at that time to get my head right.

TrunkSpace: Strictly from a performance standpoint, what was the most difficult scene you had to shoot?
Geoffrey Banks: I’d say the rape. For sure. Kelly Woodcock… I had already known her for a really long time before, but that was without a 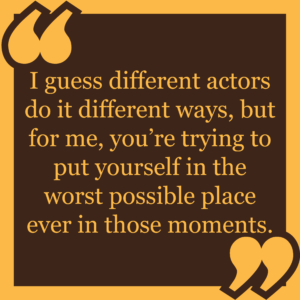 doubt such a hard day. And surprisingly enough, it was one when it kind of hit me at that moment as being hard. Before that, I was just like, “Oh, it’s acting. This is going to be fine.” And then when we started shooting, it was like, “Jesus… fuck this is quite intense.” That was a hard day. I’d say, without a doubt, the rape scene with Kelly was probably about the hardest day to shoot.

You’re doing it and you’re in this character and you’re playing it and then you’re going ahead and you’re doing it, and then all of a sudden your brain is telling you, “Jesus, what the fuck am I doing?” That was the first rape scene I had ever done and it was definitely the hardest.

TrunkSpace: When you have to go to those dark places in a film, do you question the commitment and having to go there knowing that the film is an independent production and has the possibility of never being seen by an audience?
Geoffrey Banks: No. To be honest, that didn’t cross my mind. I had no idea if it would do well or not, but at the time… I don’t know, you just get into the character and you’re just going on emotions more than anything, I guess. I wouldn’t say that the whole independent film thing was a factor in my mind at all in those periods. I think if it had been a massive film, I would have felt exactly the same way. We know what’s right and what’s wrong in life.

It comes to mind with an old film called “Bad Boy Bubby.” That’s a similar type of thing. He’s a guy who’s very mentally unstable and put into a situation where he doesn’t feel like he’s got control. So I think you just suck up and go there.

TrunkSpace: We read one review of the film where the reviewer said something along the lines of it being difficult to believe that you were not that “mentally unhinged” character in real life. Do you take that as a compliment for your acting abilities and at the same time, as something that kind of gives you pause?
Geoffrey Banks: Well, nobody knows me, but if this does well, then everybody’s going to find out about all of the real bad stuff I did.

I’m joking. That was a terrible joke. (Laughter)

TrunkSpace: (Laughter) It does seem like the film is getting a great reception, particularly from fans of the horror genre.
Geoffrey Banks: We’ve been blessed. I’ve been really surprised with the reviews. It’s a little film and when you’re filming it you don’t expect it. To be honest, I was more worried that everybody would… because you go into character, you do this stuff, and you make it as real as you can. It messes you up a little bit in your head when you do that stuff, but then you have no idea how it will do. I was worried. “Oh my God. They’re going to hate me and think that I’m this serial killer rapist.” So, seeing the reviews, I’ve just been blown away. I couldn’t believe it. If you had told me that when we were filming, I would have said no way.

TrunkSpace: And you have won a number of awards for your performance as Oliver.
Geoffrey Banks: Yeah. Again, I couldn’t believe it. And it’s been really nice with Margaret (Roche) as well. It’s funny… if you ever met the mother, you would never believe it’s the same woman. (Laughter) People say that about me being different, but if they met her… she’s this little religious old woman. They would never believe it. Jesus, you wouldn’t believe it’s the same person.

So when she got an award, that meant a lot as well.

TrunkSpace: Just about an hour before we chatted we took a look at one of the YouTube channels that has posted the trailer of the film and it was up to over 400,00 views. When will those 400,000 people be able to see the film outside of the festival circuit?
Geoffrey Banks: To be honest, I’m not sure. I’ve got my fingers crossed and I’m hoping that it gets sorted and everything, but it’s film. We’re in those days when it’s harder. It’s not easy to sell films and it’s not easy to get people to watch your films. Again, that’s why it means so much that we’ve been getting these reviews because it has been unexpected. 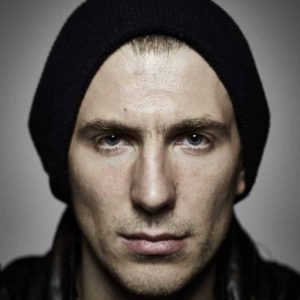 TrunkSpace: If the film goes wide and becomes a cult horror hit, which seems possible based on the feedback so far, would you be comfortable being labeled in that cult horror genre knowing that it could pigeonholed you as an actor?
Geoffrey Banks: I’m going to give you the real response and not the one that is made up and what I should give you.

Dude, I’ve done a million jobs. I’ve worked minimum wage. I’ve done every single thing in the world. I’ve grown up on horror films. I’ve grown up watching a million films. If somebody ever told me that I could be an actor and pay my bills, I wouldn’t care.

Fuck, if something does well, that’s amazing. That’s what you want. That’s what we’re after. And with being pigeonholed… the fact is, if something does well it does well. I could work my whole life and do a million films and nobody could ever watch them… because that’s where we’re going. We’re going into that thing where films don’t make money. It’s getting harder. Just to get some attention… and this is why the awards and everything means a lot.

I’d like to play it cool and I’d like to give it the James Dean approach, but no… it means the world if people write nice stuff about you. It’s the same with any actor. Everyone will lie and try to play it cool, but we’re all liars. We love it. (Laughter)