When left to our own devices – something we’ve all experienced an abundance of in 2020 – some choose a path of betterment while others go the self-destructive route. For singer-songwriter Garrett Owen, he has spent The Year of Quarantine studying songbooks, transcriptions, melodies, and even the music of Stone Temple Pilots.

“This may sound dumb, but I really think they may have been the most sophisticated popular rock band of the ’90s,” he said in an exclusive interview with TrunkSpace.

We recently sat down with Own to discuss attention spans during the pandemic, chord growth, and why he loves nine and 11, but not necessarily 10.

TrunkSpace: Your new album Quiet Lives is due to drop September 18. What kind of emotions do you juggle with when releasing new material to the masses, and is the experience different this time around given that the entire world, essentially, has ground to a halt?
Owen: It is a little different for sure, but maybe people have the ability to pay more attention to music coming out during this time. I’ve spent my life working on these things, and I have feelings about them and emotional attachments to them. That would be the same no matter when they were released. I’m just really excited to get these songs out there.

TrunkSpace: Normally you would tour to support a new release, but that is not something that is possible in every state right now. How has promoting the upcoming album changed? How do you get the word out when people can’t get out themselves?
Owen: I almost feel like this weird situation helps me. This way I can focus on promoting the album online as much as possible and probably more than I would if I’d ended up touring.

TrunkSpace: Quiet Lives is your second full-length album. As someone who knows your music better than anybody, where do you personally hear the biggest growth as an artist between the first album and the latest? 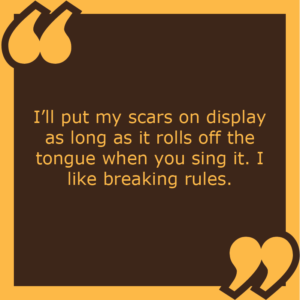 Owen: I think I’m starting to go through another musical growth period. There was some growth in terms of complex chord progressions on Quiet Lives. One song has 14 chord changes in the chorus not including inversions (“Souvenir”). “Hour In The Forest” is also complex, and I think of that tune as a growth song for me. I think my willingness to have producer Taylor Tatsch do a lot more with several of these songs is just a part of maturing. I think sometimes less is more and other times, more is more, and sometimes, I really want more stuff going on.

TrunkSpace: If someone sat down to listen to Quiet Lives front to back, what would they learn about you both as an artist and as a person?
Owen: I think they’d learn that I’m a “tell-all” when I write. I don’t mind singing about pretty embarrassing emotional situations. I’ll put my scars on display as long as it rolls off the tongue when you sing it. I like breaking rules. I love a lot of songs that don’t have a traditional verse-chorus structure. I like when a song has a chorus, melodically-speaking but not lyrically, and I use that idea quite a bit. A friend caught me taking the easy way out with a verse to one of these songs and called me on it, so I went back and re-wrote the verse and had to go re-record it. I think they’d learn pretty quickly that preconceived notions about how to properly do something are not ideas I really care about. With that said, I want my unconventional sides to still be listenable, so I try to pull unconventional ideas together with enough melodic content that it’s still pleasant.

TrunkSpace: What are you most proud of with the album?
Owen: I think I’m most proud of just finishing it at all, or calling it done and moving forward. One friend said, “I think you should throw one more tune on there to make an even 10.” I thought, Well I’m for sure leaving at nine now, though I used to think 11 tracks was my favorite number of tracks for a full-length record. I like 11 more than nine, but I also like nine more than 10. Ten feels basic. Nine feels like I feel a lot of the time.

TrunkSpace: We have all been in some form of lockdown for the majority of 2020. How much of your time spent social distancing has also been spent creating? Have you experienced a creative jolt during this period – and will it lead to another album?
Owen: I experienced some nice little bursts of creativity during the super extra downtime, but I think I spent more time trying to learn. I pulled out some songbooks, transcriptions of some pretty complex stuff, and really tried to analyze the method behind certain songs – to the point of writing the letters out above the notation and comparing them with the chords they’re being played over (I’ve mostly lost my ability to comfortably read standard notation). I tried to figure out what’s going on here that makes these songs interesting to me. I also dug into some of my favorite Stone Temple Pilots songs. This may sound dumb, but I really think they may have been the most sophisticated popular rock band of the ’90s.

TrunkSpace: How do you define success in the music industry and do you feel you are comfortable where you are creatively at this point in your career? Is the Garrett Owen of 2020 the artist you always wanted to be?
Owen: I think if I could have a career touring and put out a record every few years, I’d call that success. Although no matter how far-fetched, my dream is still to play in front of thousands of people. I played in front of about 10,000 when I won a songwriting contest, but doing it with a band would be a totally different experience.

TrunkSpace: What do you get out of writing and performing music that you are unable to achieve as a listener alone? What does being a songwriter mean to you as a person and does it give you the balance that you need?
Owen: Listening to music is incredibly satisfying, but when I realized I could have some kind of outlet with it or show parts of me you’d never otherwise see, I went from being interested in playing to being obsessed with playing for about the next six or seven years. I’m still obsessed, it just looks different than when I was younger.

TrunkSpace: Time machine question. If you could jump ahead 10 years and get a glimpse of what your career looks like a decade from now, would you take that journey? If not, why?
Owen: I’m not sure I would take that trip. I like not knowing exactly where something is headed. I like when I’m not sure where a storyline is going. I like having something to stay curious about.

Quiet Lives is set for release on on September 18.