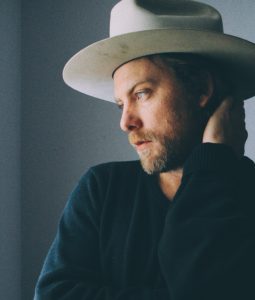 Critical praise may not be the fuel that spurs Frankie Lee’s creative engine, but for folks like us here at TrunkSpace, we were music fans long before we were industry opinion givers. The singer-songwriter’s latest album, “Stillwater,” (out May 24 on River Valley Records) is a stripped-down gem of pure storytelling goodness, and whether we’re listening to it as fans or as commentators, we’re better off with it in our collections.

We recently sat down with Lee to discuss leaving room for spontaneity, the surprise appearance of inspiration, and why a sense of place has always informed his life and music.

TrunkSpace: Your new album, “Stillwater,” is due to drop on May 24. What kind of emotions do you juggle with as you prepare to release new material into the world?
Lee: Well, if emotions were the kind of thing I could juggle, I’d just take all the negative stuff – misery, frustration, anger, self-doubt, jealousy, fear, anxiety – and just lock them back up with the rest of the props in the clown trunk. Then, I guess I’d go buy a dog and play fetch with the happiness remaining. I don’t think I’d need to make music if I had a ball of happiness and a dog. That would be nice. But unfortunately, emotions juggle themselves. They all come ‘round and ‘round. How I feel about releasing the new record “into the world” depends on when you catch me. If you ask me right now, it’s hard to say. I just see myself as a juggler. So I guess I don’t feel very confident. But as a juggler seeing myself as a songwriter, I feel much better. The short answer must be that I feel relief that the record’s done. I write about the world around me, and the world will respond how the world will respond. You never know how someone will react to what you say about them.

TrunkSpace: As an artist, do you struggle with being able to put a song down, consider it finished, and move onto the next one? Are you someone who, left to his own devices, would continue to tweak tracks, and if so, are there any songs on “Stillwater” that take on a different life in a live atmosphere because of that?
Lee: Nothing’s ever finished and I’m not into tweaks.

With the exception of very few records (“Titanic Rising,” “Nick of Time,” “Time Out of Mind)” I have little to no interest in making or listening to music that way. Tweaking things tends to take the life out if it for me. I like human mistakes. My favorite records are full of them. People who tweak things in the studio make me want to stay out of studios… to me it’s like if you went to a dentist and they took nine hours on a filling trying out all their “new tools.” I just need a filling so I can get back to eating.

The recording was purposely set up to that way… to have a “live” feel. We recorded it all to 2” tape in a house and the engineer had it set up so we could move around, three days, limited to three to four instruments and three to four takes takes. That was what we tried to do.

As far as live music goes, I try to create some space for spontaneity and chaos. I feel that’s necessary for the music I make and the time we’re in. 90 percent of what you hear and see today is to a click track and played the same every night. The assembly line approach to music doesn’t interest me.

With my approach, you can change the furniture around and paint the doors in rainbows, knock down the walls and rebuild… it’s all about having a strong foundation. I like re-working, re-shaping and re-building what’s already there. It keeps it fresh for me and hopefully for whoever comes to hear me.

TrunkSpace: When the core concept of “Stillwater” first came together, did you have a goal in mind in terms of what you wanted to accomplish artistically, and now that the album is finished, do you feel like you have checked all of those boxes?
Lee: Slippery question! I would relate “concept” to “inspiration,” and inspiration to something that just takes me by surprise. It’s just a tailwind that gets you moving toward the place where you end up. Here, it happens to end at the completion of another record. As to the idea of checking “boxes,” that presupposes that I know what the boxes are ahead of me; like I know where I’m headed after inspiration hits. That’s a very 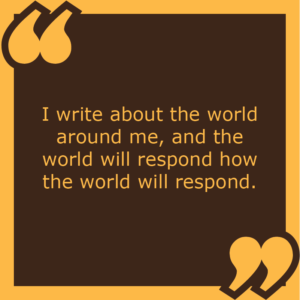 difficult way to make art, whether you’re a songwriter, a painter, a sculptor, a poet – whatever. Making art only by concepts and ideas requires someone so brilliant that they are always one step ahead of the smartest listener; the smartest viewer; the smartest reader. Someone like Auden could pull it off. Not many others. So if I catch a tailwind, I don’t see boxes to check, rather I’m just remembering old emotions (you brought them up!) as I pass them by, and I try to document them the best I can while I’m in their waters. There’s very little adventure in creating art with a GPS.

TrunkSpace: You received some great critical praise for the release of your 2016 debut, “American Dreamer.” Did you feel any pressure going into your follow up, even if in retrospect, you didn’t realize it at the time?
Lee: Critical praise is nice for family and friends to see. It’s validation for many people to say, “Look at Frankie! He’s done good!” And I would be lying if I said that I would feel the same way about a 4-star review as I would a 1-star review. But it’s like eating a really good homemade tamale after you’ve driven straight from Minneapolis to San Antonio without a bite. A good homemade tamale tastes really good! Especially after such a long wait. And it beats the hell out of a highly dubious 1-star ham and cheese sandwich in a triangle wedge from a BP in Hillsboro, Texas. But at the end of the day, praise becomes a corn husk. What do I do to get another tamale? The answer is obviously to stay in San Antonio forever. In all seriousness, to talk about things as they pertain to the real world: critical praise has very little to do with financial security. If it did, I wouldn’t buy stock in critical praise, if I can just put it that way.

As far as pressure for the follow-up, I can safely say no. I wasn’t writing “In Utero,” or “Please Please Me,” or even something like “She’s So Unusual.” I’m not being self-deprecating when I say that, only that there wasn’t an entire major label’s stock price riding on it. I love writing songs. I like writing songs that I’m happy with. I like songs that my songwriting friends like – many of whom have known me since the beginning. I have an old songwriter buddy named Ian Richardson. He tells me when I’m writing crap. Though he hasn’t said anything critical in a long time. I can trust Ian. He’s real, and he knows me. It’s friends like him and countless others whose praise holds water for me. And like I said, the praise from the critics is a tasty tamale.

TrunkSpace: From what we understand, you have a personal connection to the title of the album. It’s your hometown. For some, hometowns can be a blessing and a curse. How did your roots – Stillwater – impact your creative point of view?
Lee: Sense of place has always informed my life and music. There’s no blessing or curse for me. It just is. I had a nice childhood. Got to do all the things kids used to be able to do. My older brother is a professional skateboarder and an artist in LA. I looked up to him growing up and that informed how I saw the world.

The town itself attracts creatives, I remember going to lots of art fairs and barn dances as a kid. There were always some hippy/communal type gatherings in the summers. Very family based. Scandanavian folks. Out of towners would come down on the weekends to shop in the old sawmill’s turned antique malls.

Stillwater has a strong history and was shaped by pioneers. Lumberjacks clearing forests and floating logs down the Mississippi river, gangsters and land barons. Before that, it was a trading post for the native Americans and french trappers. It goes back way deeper than that too… there’s no way that can’t inform you. 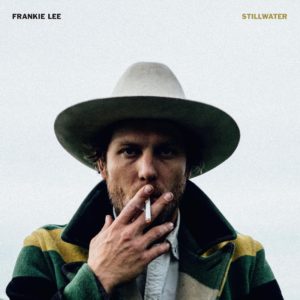 TrunkSpace: What would 10-year-old Frankie, hanging out in Stillwater, think about the music that his future self is writing? Would he be surprised?
Lee: I don’t think he’d be surprised, no. He might be bored with it, or not old enough to understand it. I write music for adults, or at least for people who’ve gotten over most of their childhood and angst. When I was 10, I was skateboarding everyday to Nirvana’s “Nevermind.” I really liked the early rap I heard then too. They were always talking about their hometowns and what they were doing to get by and survive. That made sense to me… the write what you know approach.

I think 10-year-old me would be surprised by the fact that the record business was collapsed by a 10-year-old kid on a computer and that people pay money to listen to a “DJ” hit a space bar in a stadium.

TrunkSpace: What are you most proud of with the album?
Lee: That it was made on its own terms. No money, no manager, no label, no producer, no computers. Just me and some friends in a house. I’m proud to know Tom Herbers, who recorded this album. This wouldn’t have been made without his knowledge and experience.

TrunkSpace: Where are you hardest on yourself as an artist?
Lee: Not marrying Nikki Lane.

TrunkSpace: What are the perfect conditions for you to tap into your creative space? Where are you at your best with new ideas?
Lee: 68 degrees, late in the fall, near a body of water. Honestly, most of the time it taps into me. I don’t try to create any conditions for it. If it comes, it comes. Ideas form when I’m paying attention to the details… I try to live in that space every day. Early morning is always best.

TrunkSpace: Time machine question. If you could jump ahead 10 years and get a glimpse of what your career looks like a decade from now, would you take that journey? If not, why?
Lee: No. That sounds worse than suicide.

Why? Because I wanna live.

“Stillwater” is available May 24 on River Valley Records.