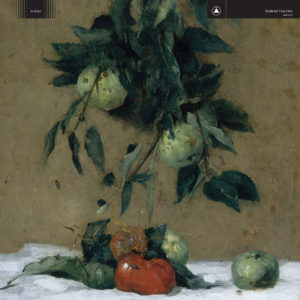 Music doesn’t have boundaries. It doesn’t require a passport. It exists in every nook and cranny of the world, swirling and twirling into creation. This can be seen firsthand in the work of Exploded View, a trio of international artists with different points of view all uniting on a singular path of conception. Even they will admit that the process isn’t always pretty, but finding common ground, that point of convergence where they mingle musically, is truly magical.

We recently sat down with Berlin-based Annika Henderson, vocalist for Exploded View, to discuss how the first album came about almost by accident, why “Obey” was more focused in its execution, and the reason she sees comparisons between the band and “The Wizard of Oz.”

TrunkSpace: “Obey” is your second album and it really seems like there was a different approach to recording it than your debut. As a trio, what did you want to do differently in the studio at the outset and do you feel like you accomplished all of your goals in bringing the album together?
Henderson: We learned a lot from the first record and knew what we wanted to do differently or at least try, given a second chance. The first album was a total jam and came about almost by accident. So to go in for a second round, things are obviously less accidental. It’s never possible or even desirable to re-create, so it’s a good opportunity to try new things, develop and learn from challenges. The first was roaming freely, the second seems to have a clearer sight. For some of the songs, we started with a really stripped down approach, with Hugo (Quezada) on acoustic guitar or with drum machines, and Martin (Thulin) on bass or keyboards. Taking the drums out of the room, allowed us to physically get closer together and respond to each other in a very different way. It changes the dynamics entirely.

TrunkSpace: Each track has a distinct feel, setting the table for a specific emotion or mood to be tapped into via the listener’s subconscious. Was that a goal in bringing these tracks together? Were you looking to connect with your audience on an emotional level?
Henderson: From my point, I never really know where things will end up ‘til they’ve ended there. You lay out all the stuff and just keep playing ‘til suddenly, without even realizing, you’re on the same tracks and holding this thing up together. That’s a very special feeling. I feel like with many of these songs, they are still in progress. They are snapshots of a time. This project is very free. The emotions normally reflect where we are, at that exact moment of recording and considering they took place over three sessions, months apart, the emotions vary significantly. Songs for me are like a mirror to the soul. I can’t hide anything. We are a very emotional bunch and the songs reflect that I think.

TrunkSpace: You all have different musical influences and backgrounds. How does that directly impact your sound and what Exploded View ultimately creates? Does it make for a sonic melting pot? 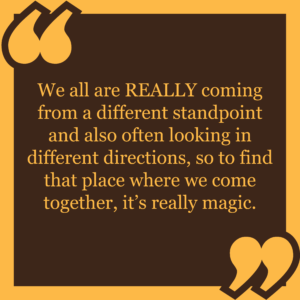 Henderson: That’s one of the things I find so special about this project. We all are REALLY coming from a different standpoint and also often looking in different directions, so to find that place where we come together, it’s really magic. Sometimes it feels like the “Wizard of Oz.” Surely Hugo is the lion. I think we’re all a bit lion in the band – that can lead to heavy clashes sometimes, but with it comes a lot of love. It’s positive to learn how to compromise and therewith learn from others and also teach others. Exchange is a special thing.

TrunkSpace: On the opposite side of that creative coin, your diverse influences and backgrounds also shows just how powerful music is and how it can connect people in ways that other things in life can’t. Where do you feel Exploded View is most on the same page creatively? Where do you all intersect?
Henderson: 80’s Postpunk, Alice Coltrane, Lee Hazlewood – actually our musical taste is quite similar but we each have a different collection. That’s why I love to DJ together because each song is like a golden nugget and the other says, “Oh great, I love this!” or, “What’s this?!! I want it!” or, sometimes, “Whaaaaaat were you thinking…”, but I don’t remember ever saying that. Maybe only when we get drunk and the guilty pleasures come out… even when I start playing drum and bass or jungle, Hugo’s into it. Maybe Martin not so much. (Laughter)

TrunkSpace: What are you most proud of with “Obey?”
Henderson: That we had the guts to try again and reconcile, despite our differences. We almost all walked away but then realized what binds us is stronger than that which divides us.

TrunkSpace: After you put so much of yourselves into creating something, is it easy to let it go out into the world where you relinquish control over it? Will letting “Obey” go on September 28 be a difficult experience in the sense that one step in the album’s journey is over?
Henderson: No, it’s positive to look forward, always. Plus the thing with releasing art or projects, is that through this giving up of control, it begins to develop further, in ways you could never foresee. The way people interpret it, adapt it for their own need or sometimes things become clear, that you put into it that you hadn’t even realized you did. It’s like reading the psychiatrist’s case notes.

TrunkSpace: This album feels like it could be very therapeutic for a listener. Many artists/songwriters say that music is a form of therapy in the creation process itself. Is it that way for you?
Henderson: Yes, certainly. It’s good to find a positive outlet for your emotions. Music is great for this and also a great way to share things with others – for every emotion, whether it be joy, love, understanding, empathy or so forth. Music has always been therapy and can bust bad moods better than anything! It’s also a great tool to bring people together.

TrunkSpace: Are albums a bit like chapters in your life? Does it become, “Those were my ‘Summer Came Early’ years, and this is my ‘Obey’ period?” And if so, what does that say about this particular period of your life as it relates to “Obey?”
Henderson: Yes, for me “Obey” was about a very specific period. I’m happy to have lived it but I’m also happy it’s over. And now it can be a light thing, shared in the form of music.

TrunkSpace: There’s so much music out there – most of which is accessible in just a few clicks. Can that be an overwhelming thought when you consider your music is being released into a crowded landscape?
Henderson: I think it’s useless to think like this. That’s always been the case. You could ask that about everything in the universe. What’s the point of trying because there are so many others out their doing the same. In the end, you just have to do your thing, for your reasons and be happy doing it and hope to share that happiness.

TrunkSpace: What do you consider success to be in the world of music, and based off of that definition, do you feel as though you have achieved it?
Henderson: Everyone has their own goals. Success is achieving those personal goals. Each time I achieve one, I set another. It started with standing on a stage and singing. I had never wanted to be a lead singer of a band, I was far too shy. Even at school I only ever got the silent parts in the play because I froze in the auditions. I remember the first time I was on stage was a cameo with Beak> in London in front of loads of people. I just sang and ran off stage and it did cause a lot of pain because of the complete angst, but I realized I had overcome a life-long fear. Taking on fears and overcoming them is a great feeling. You realize the world is a lot bigger.

TrunkSpace: Finally, we’re on the back nine of 2018 now, but what’s on tap for the rest of year and what should fans be on the lookout for heading into 2019?
Henderson: Exploded View have a US tour in the fall, which will be our first time visiting the States. The album is out 28th Sept.