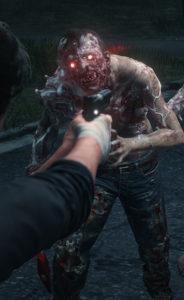 Every October we look for something truly horrifying and entertaining to watch, read or play to help get us in that very special Halloween spirit that would make even the Great Pumpkin proud to grace our pumpkin patch. This year that special something turned out to be “Evil Within 2,” the sequel to Shinji Mikami’s original “Evil Within.” Shinji is to the survival horror genre what George A. Romero was to zombie horror films. You may have heard of his past work on a little franchise called “Resident Evil,” the first video game that any of us can recall having a reaction to similar to a scary movie. (Don’t tell us you didn’t jump when that first zombie dog jumps through the window, or the first time one of the zombies grappled you and sunk their teeth in you like a deep fried Twinkie at a fair.) This time Shinji let John Johanas and the Tango Gameworks team take the directorial reins, but he oversaw the project along the way. The transition is seamless and something very special to play. So, grab a mason jar of that green goo and see what we had to say (or scream!) about this gaming experience.

“Evil Within 2” brings back protagonist Sebastian Castellanos, as if the poor guy didn’t go through enough in the first game. The MOBIUS corporation has returned along with his partner, Juli Kidman, whom double crossed him in the previous installment. MOBIUS is seeking out Sebastian to help them. You’re asking, “Why in the hell would he ever help them after what they put him through last time?!” Well, they have what would be any father’s weakness… his daughter that he thought was dead for the past three years is alive and at the core of the STEM system MOBIUS is using. The catch? She is missing and Sebastian must reenter the nightmarish world that he barely survived before to find his daughter. It sounds simple-ish, right? TOTALLY WRONG! Once you’re put under and enter STEM, things begin to unravel quicker than Freddy Krueger’s sweater.

One of the things that really impressed us about “Evil Within 2” was how immersive it was. The first two chapters of the game you 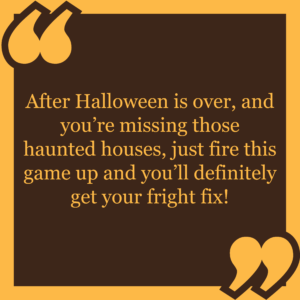 don’t actually fight anything – you are quite simply taking in the story and watching the setup of a cinematic horror movie, but you’re in control. The credits even scroll as you control Sebastian on screen. In a way, you are the director of this scary movie. You choose your actions and how to handle situations. Sure, there are confines of the game, but you really don’t notice them all that much. You might walk into a relatively small house or simple room, but when you open one door it may lead to a mental hospital overrun by creatures or you may find yourself on the receiving end of a madman’s Polaroid. Without giving too much away, we will say that you not only have to worry about the zombie-like creatures and freakishly-demented boss battles, but also a crazed killer snapping photos and creating “art” of the victims he kills. It freezes the moment in time and suddenly you’re watching an Instagram-style Boomerang video of someone’s brains being scattered across the room. Even more chilling is when you see portions of his art gallery that contain multiple heads attached to one another, bodies held together with barbed wire and things done with saws that would make even Jigsaw cringe with terror.

The actual act of fighting in the game can be a bit tedious and difficult to navigate at times. You want your character to move like Batman from the Rocksteady Studios games, but instead he is a little stiff. At first it was frustrating, but we soon adapted and really enjoyed a different take on the fight scenes. You see, instead of going into a room full of zombies, guns blazing, you should look around first. There may be an oil barrel you can kick over and shoot to ignite them all in an inferno. Or maybe they are standing in water, bust out that electrified crossbow and zap them all together. Another fun and nail-biting way to play is to sneak up on the zombie creatures and try to get the drop with a stealth kill. They are very unpredictable and never act the same way twice, so you don’t know if you will be caught or not, but it’s a riot to try. It’s really a survival horror game that makes you think and problem solve. We also liked breaking out car windows and honking at zombies, then running away. What can we say, we’re easily amused at times by teasing the undead! 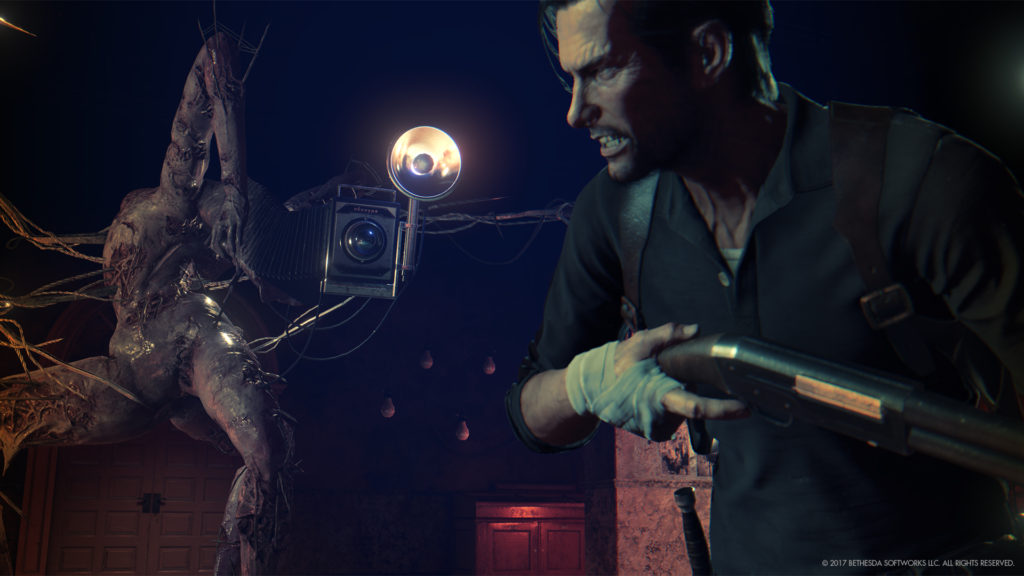 There is an upgrade system similar to “The Last of Us,” where you collect parts, tools, etc… then, at various points you can upgrade your weapons, fabricate bullets or health items. We preferred drinking that magical coffee at the safe houses that somehow restores your full health. Make ours a double! You also collect red and green goo along the way and hidden keys. These can all be used in STEM to upgrade your abilities in a Matrix-like fashion. You collect the stuff, then cash them in to be injected with abilities. A word of advice… the FIRST chance you get, you’re going to want to use the “bottle upgrade” that allows you to smash bottles on undead that grab a hold of you. This happens a lot, and it’s better to smash a bottle on their head than to take damage. While there are ways to get your health back, such items are pretty scarce along with limited ammo.

One last thing we have to mention, because it’s done so well, is the environment. The detailing and textures in the game are really gorgeous. Nothing was left unfinished. It’s such a cool sight to see the fractured portions of a small town floating in the background or when you near an edge of an area. Because you are in this dream world, reality becomes blurred in odd ways. It feels very authentic, because the environments are so realistic. One minute you’re running down the street from a zombie, and you dart into a house, only now it’s not a house. It’s a mental ward or demented art gallery. It’s an effect seen in horror movies, but when you are actually playing and experiencing it, the sensation is goosebumps-inducing!

“Evil Within 2” is like “A Nightmare on Elm Street,” “The Walking Dead” and “Silent Hill” put in a blender and then poured out in video game form for the most bizarre and enjoyable horror survival experience ever to splatter across your screen. Our advice is to wait until dark, flip off the lights and give yourself as much time for the first portion of the game as you would to watch a movie. After Halloween is over, and you’re missing those haunted houses, just fire this game up and you’ll definitely get your fright fix! 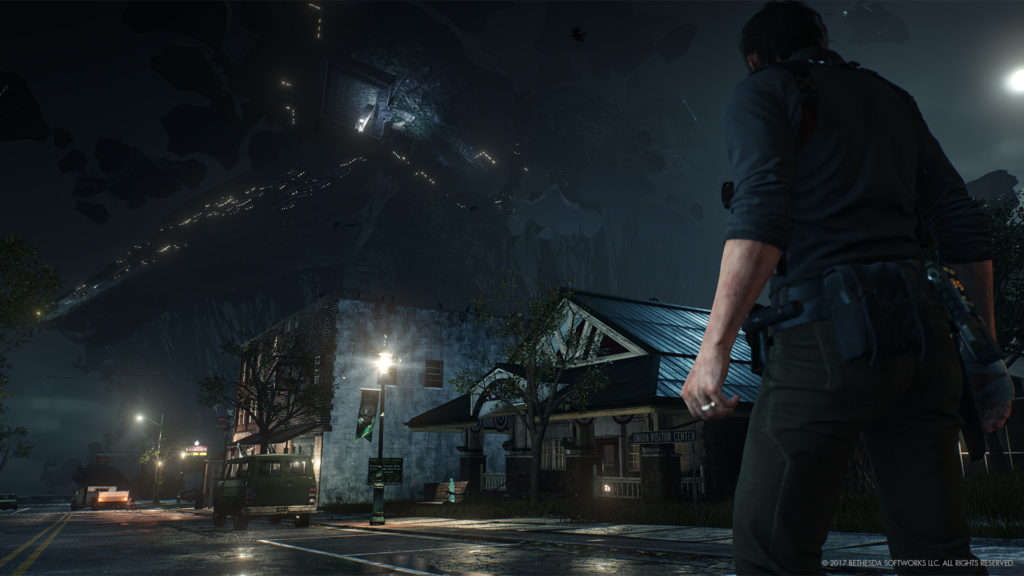