While his first dream was to play professional hockey, Evan Roderick, who portrays Nick Anastas on the superhero series “Arrow,” found himself being drawn to a more creative career. As an actor, the Vancouver native relished the expressiveness that the medium offered, and while he ultimately hung up the skates, he credits hockey for preparing him mentally for a life of performing.

We recently sat down with Roderick to discuss where “Arrow” has impacted his life the most, front flips off two-story buildings, and what he thinks about sandals with jeans.

TrunkSpace: “Arrow” is a fan favorite show with a loyal following. How much has the series changed your life since you stepped into the role of Nick Anastas?
Roderick: Well, I think more than anything this role has given me an eye into the industry. I finally feel like I’m inside this machine that IS “Arrow.” And to have people reach out through social media and tell me how much the show means to them has been incredibly meaningful.

TrunkSpace: Beyond the work itself, what has been the most rewarding part of this journey for you thus far?
Roderick: Other than the work, I’ve really treasured the lessons I have learned from the other actors on the show. I’m so lucky to be surrounded by a cast that has so much experience, and they have shared a lot of stories and advice about the industry. They have taught me so much.

TrunkSpace: Right and wrong is pretty black and white to Officer Anastas, at least when we first meet him. As his own views 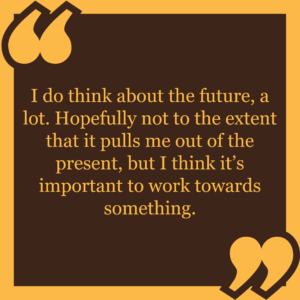 and positioning on things like vigilantism changed, what was that character adjustment like for you? It definitely feels like he’s in a place now that is much different from when you started your journey with him.
Roderick: For sure. I think a lot of the progression you see is a combination of me (the actor) growing more comfortable on the show, as well as the writers giving me more responsibility and featuring my character more.

TrunkSpace: Being on a series with cowls and capes must offer some surreal run-ins behind the scenes. What has been the most “pinch me” moment for you throughout your time on “Arrow” thus far?
Roderick: The stunt guys. They are incredible. I’ve watched them do full front flips off two-story buildings, get hit by cars… it’s hard to believe they are all trained to do this stuff!

TrunkSpace: What would 10-year-old Evan think about his future self getting to step into the DC universe and play alongside of super heroes in Star City?
Roderick: He’d be proud. I always really wanted to play a cop, plus the opportunity to play one in the DC Universe is a huge bonus.

TrunkSpace: Prior to acting you were pursuing hockey. Was that your first dream and what lead you away from the sport and into acting?
Roderick: It was my first dream. But the truth is, in the end I just wasn’t satisfied with playing hockey. At one point I was scheduled to play in the NCAA for UMASS-LOWELL, but the feeling wasn’t going away. I knew for a long time deep down that I was going to pursue acting instead. There is just something creative and expressive about acting that hockey doesn’t offer. Ultimately, that’s why I made the decision.

TrunkSpace: Are there any parallels between hockey and acting? Is the focus and training similar? The pursuit of an end goal? Where do the two intersect?
Roderick: Totally. Funnily enough, I approach acting in a very similar way as I did hockey. For example, when I am preparing for an audition or a scene, I have to psyche myself up and talk myself through my preparation. I envy actors that can just dive into their character with the snap of a finger – I’m just not like that. I’m grateful I had a sport like hockey to help me find a process to perform.

TrunkSpace: You’re also a songwriter. Do you hope to expand your love for music into a separate career avenue or is writing and recording more of a hobby?
Roderick: I absolutely want to have some kind of a career in music as well. I think I work and stress too much over my music to call it a hobby! To play a musician in a film and/or write songs for a project would be an ideal situation in my mind.

TrunkSpace: We read that you have no problem wearing boots with shorts, BUT, what about sandals with jeans?
Roderick: You’ve just described by quintessential summer wardrobe. (Laughter)

TrunkSpace: Finally, Evan, you’re still at such an early point in your career with so many future roles still ahead of you. Are you someone who wonders what lies ahead or is important for you stay focused on the present. When it comes to your career, do you plan for the future or is it too difficult in an industry where so much is out of your control?
Roderick: I do think about the future, a lot. Hopefully not to the extent that it pulls me out of the present, but I think it’s important to work towards something. It’s true, sometimes the future of an actor is unpredictable, but you can still control how you want to brand yourself and what parts you decide to go out for.

“Arrow” returns October 15 on The CW.