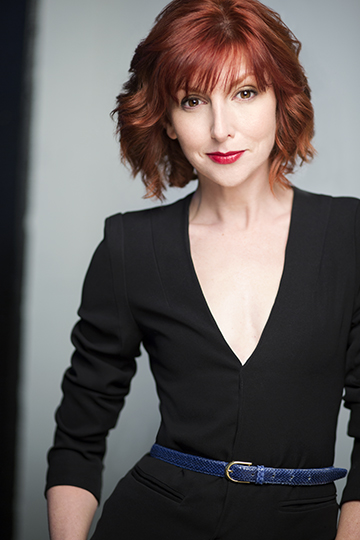 Why We’re Laughing: Likable in a “she should spearhead her own sitcom” kind of way, Magure’s (sometimes) self-deprecating brand of humor brings the audience into the jokes as opposed to leaving them on the outside looking in.

TrunkSpace: Was comedy always in the cards? Were you a funny kid, even at an early age?
Maguire: Always. Ever since I played Van Itch in Dr. Seuss’s “The Bread and Butter Battles” and people laughed because my goggles were too big and kept sliding off my face, I realized that I was destined for a life of people laughing at me. Or just my face. I was always a ham.

TrunkSpace: When did you decide to pursue stand-up comedy as a career and did you make a plan for how long you would attack things?
Maguire: Well, here’s a funny thing I remembered recently… a recovered memory. Thank you, therapy! When I was in second grade, I told a group of my friends I was gonna be a stand-up when I was older. And my best friend at the time said, “There’s no money in that!” Boy was she… right. (Laughter) I showed her! So I guess I was ahead of my time in using “The Secret.” I called it in second grade. But for the majority of my life, I was a sketch/improv comic. I grew up in Boston doing sketch. I went to school for theatre and walked down that path while I also had a foot in sketch and improv in NYC. But I went full tilt into stand-up about five years ago. As far as giving myself some sort of “deadline,” the answer is no. At a certain point, I think you need to decide if you’re all-in but I never said, “I’m giving this a year and if I don’t have my own Netflix series by such-and-such a date, I’m out!” That’s not why you do it. Then you’re missing the thread. Or I’m just an emotional cutter. 😉

TrunkSpace: How long did it take for you to discover your voice as a comic?
Maguire: I’m still figuring it out. 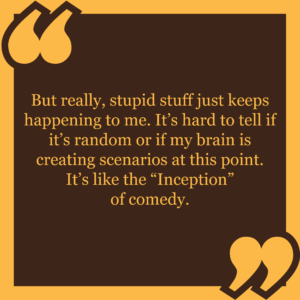 into itself or would you consider them two completely different acts?
Maguire: It is different – when I look back at tapes from when I first started to now, it’s wild. You don’t realize you’re growing when you’re in it. But I’m sure I’ll look back at videos of my sets now in about two years and say, “Well crap, that sucked.” It’s evolving. It’s not a totally different act. I like to think of it as Homer Simpson when he was on “The Tracy Ullman Show” to Homer Simpson now. You can tell the character is in there but it hasn’t reached maturation yet. That’s me. The Homer Simpson of comedy.

TrunkSpace: Is the neon “Open” sign in your brain always turned on, and by that we mean, are you always writing and on alert for new material?
Maguire: Much to my husband’s dismay, yes. It is always on. It’s always on the lookout. But really, stupid stuff just keeps happening to me. It’s hard to tell if it’s random or if my brain is creating scenarios at this point. It’s like the “Inception” of comedy.

TrunkSpace: How much work goes into a joke before it’s ready to be tested out in front of a new audience?
Maguire: It varies from joke to joke. Some things seem to come easier than others. I’ll try jokes that I’ve written hours before a show and they work. Some, I could spend days on and they still don’t feel like they’re there.

TrunkSpace: If a joke doesn’t seem to be working, how many chances do you give it in a live setting before you decide to rework it or move on from it altogether?
Maguire: It used to be if it didn’t work right out of the gate, I would cut and run. Now, I’m a lot more fearless and sometimes my jokes stay too long at the party. It’s almost like the pendulum has swung so far in the other direction and I’m digging my heels in a bit too long. It’s coming back down now. I’ll try something maybe five times now.

TrunkSpace: Is it possible to kill one night and bomb the next with essentially the same set, and if so, what do you chalk that up as?
Maguire: ABSOLUTELY. Audiences like different things and react differently. Also, my energy may vary from show to show. A lot of times, I find the second shows of the night to be the better ones, because I’m too tired to get in my own way. Over “efforting” and working too hard can be my Achilles’ heel sometimes. But energy and what a crowd chooses to connect with can vary wildly from night to night and show to show.

TrunkSpace: Does a receptive and willing audience fuel your fire of funny and help to put you on your game for the rest of your set?
Maguire: ANOTHER ABSOLUTELY. Comedy is a group participation sport. The more they react, the more I open up. There’s something to that whole collective consciousness thing.

TrunkSpace: What is your most memorable performance experience (good or bad!) that will stick with you for the rest of your career and why?
Maguire: The flops always teach you more than the wins. My first flop will stay with me forever. I was put on an All Stars show at Gotham when I was about two months into stand-up. I had five minutes. My first joke out of the gate landed with a thud and the remaining four minutes and 45 seconds lasted about 12 years. That’s what it felt like. These people looked like they wanted to skewer me. And I didn’t have enough in my arsenal at that point to pivot away. I had to step away from stand-up for about three months after that. But I came back stronger. I think the lesson is don’t let those moments stall you in your tracks. Now I have alligator skin and I don’t take the flops personally. I also never wore that same outfit on stage again because I am crazy superstitious. (Laughter) 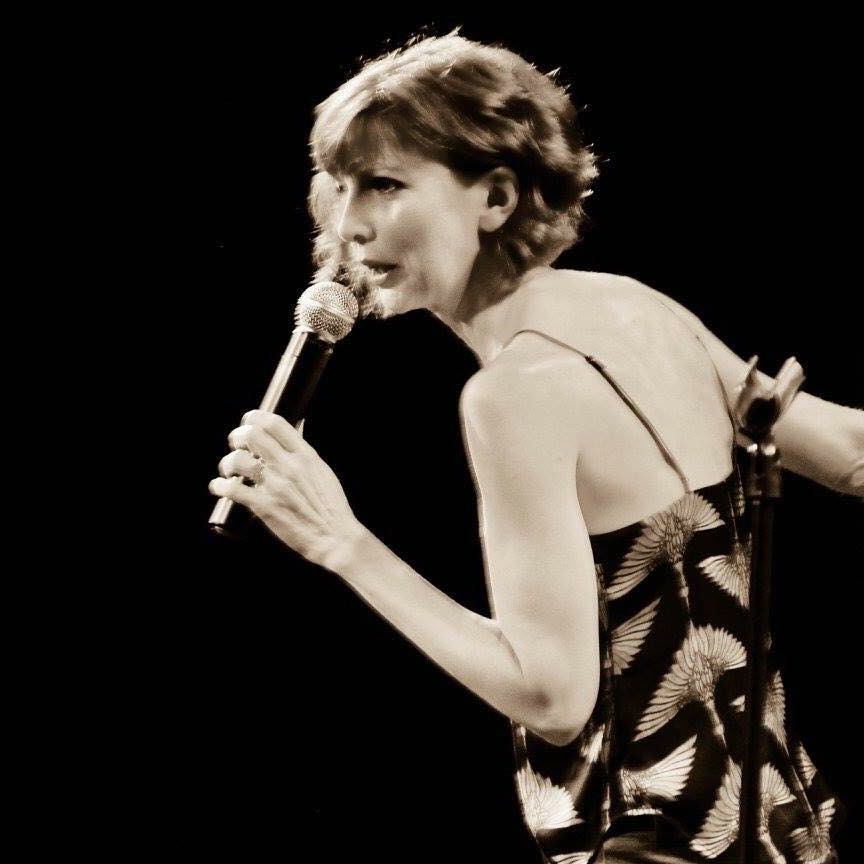 TrunkSpace: How do you handle hecklers? What approach do you take?
Maguire: Hecklers usually want to be part of the show. I acknowledge them (because ignoring them WILL NOT make them go away). I don’t say anything too harsh because that’s not my style. I talk to them just long enough to find a segue back into a bit and I never go back to them again. A lot of the times, clubs shut down the hecklers for you. So that’s a good thing. But if you’re not in a club, you need to be prepared to go to bat.

TrunkSpace: What are your thoughts on the stand-up landscape in 2018? Are you optimistic for the future of live comedy?
Maguire: I think the future looks bright for women! Thanks to the #metoo movement, I know a lot in the industry are turning their attention to female-driven comedies and voices. So that’s awesome. But by the same turn, I also feel like there’s a big comedy boom happening where everyone and their mom is getting a Netflix special. No really. I’m pretty sure my mother has one coming out this fall. So the landscape is getting oversaturated. I think it will level out. It’s like when someone lives in a town that the NY Times says is the “new Brooklyn,” then everyone moves out there and they build a crap ton of condos. The place gets overrun and people find a new place to hang. Everything ebbs and flows. And we’re kind of in a flood. But it will level out.

TrunkSpace: Finally, who do YOU find funny?
Maguire: I LOVE Patton Oswalt, Eddie Izzard, John Mulaney, Ryan Hamilton, and of course Carol Burnett. They’re all super smart comedians, totally left of center, and totally cool in their own skin.