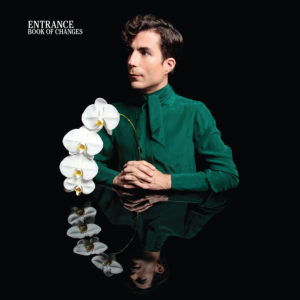 Recorded at 11 different studios in Los Angles and London, “Book of Changes” by Entrance (the brainchild of Guy Blakeslee) is like the soundtrack to a film about a character seeking self-discovery who actually discovers that it is just out of reach instead. The journey Blakeslee takes the listener on is one of varying seasons, the narrative of a life that is both hoping to spring eternal and yet withering on the branch in the lingering cold when all is said and done. With a haunting vibrato that wills you to follow the path he’s laying out for you, Blakeslee has made a moving record that convinces the listener to remain on the ride until the very end.

“I’d Be A Fool” and “Summer’s Child” are the most riveting chapters in the tome that is “Book of Changes,” but it is the full story, as captivating as any New York Times best seller, that makes it a book worth opening over and over again.