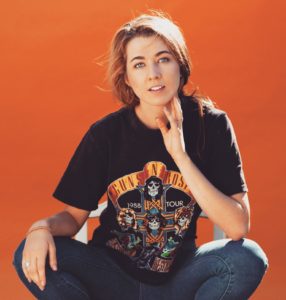 Why We’re Laughing: Smith’s brand of personal comedy serves as a tour guide through her emotional pain and shows us all that even in darkness there are slivers of light to be found.

TrunkSpace: Was comedy always in the cards? Were you a “funny” kid, even at an early age?
Smith: I wasn’t funny as a kid, but I was definitely odd. I didn’t have a lot of friends and spent a lot of time in my own head. I always knew I wanted to write, and thought for a long time I’d go into poetry or creative writing or something. My senior year of high school, I started doing stand-up and realized there was a way to utilize my love for writing and need for attention that didn’t have the sort of… pretentious review process that creative writing sometimes involves.

TrunkSpace: When did you decide to pursue stand-up comedy as a career and did you make a plan for how you would attack things?
Smith: I was studying Writing for Television and Film at Emerson College, and doing stand up two to three times a week. I was paying attention in class, but really only my writing classes. I knew I wanted to be a comic and write for television, that I wanted both of those things. I couldn’t see another option. I had read enough about people in the field to know that if this was something I wanted, I had to go after it as though I was training for a marathon. Writing a lot, performing a lot, putting aside anything that wasn’t comedy – at least at first. When I moved to LA to finish college, I immediately upped how often I did stand-up. I began going up four to five times a week, and seeing shows on weekends. It became my entire life, to the detriment of some things (friendships, relationships) but it was all I wanted, and it felt like I could never have enough of it. 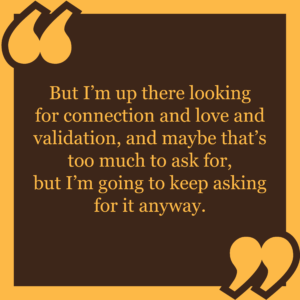 Smith: I’ll let you know once I find it. I’m six years in now, so give me another six and hopefully I’ll have gotten it down.

TrunkSpace: Is the approach you take now on stage different from the approach you took when you first started out? Is it one act that grew into itself or would you consider them two completely different acts?
Smith: I think when I started, I was so young I was just trying to imitate comedians I loved. I was doing just observational material, nothing raw or honest or interesting. Now I try to be more open with the audience, I am still worried that they don’t love me or think I’m funny, but first and foremost I want them to know that I am here and in pain and ready to talk with them about the things that make me most human. It’s a fine line to walk, when people see comedy they are looking for an escape, they don’t want to hear about my trauma necessarily. But I’m up there looking for connection and love and validation, and maybe that’s too much to ask for, but I’m going to keep asking for it anyway.

TrunkSpace: Is the neon “Open” sign in your brain always turned on, and by that we mean, are you always writing and on alert for new material?
Smith: I write everything down all day long. When my father was dying, I wrote down every detail. Not necessarily for stand-up, just to remember it. I guess it’s a way to not cope with the things going on around me. But, then I have the notes for later and I can mine them for something funny. I do this at gas stations, grocery stores, funerals. Ultimately, it’s rude. But my note pad and I are one in the same and where I go it will be.

TrunkSpace: How much work goes into a joke before it’s ready to be tested out in front of a live audience?
Smith: Stand-up is like an experimental science. There are a lot of variables to getting something right. A joke is ready when you’ve written it, and you will only find out if it works through performing it. That’s what open mics are for!

TrunkSpace: If a joke doesn’t seem to be working, how many chances do you give it in a live setting before you decide to rework it or move on from it altogether?
Smith: If I am in love with a joke, but after five or six tries in front of different audiences it doesn’t work, I table it until I can find a better take. Or I bring it to someone I know is funnier than I am who will help me find what is going wrong. That being said, a good artist knows when they have shitty work and is able to move on from it.

TrunkSpace: Is it possible to kill one night and bomb the next with essentially the same set, and if so, what do you chalk that up as?
Smith: Absolutely! It’s easy to blame the audience for this, but again, there are a lot of different variables. Maybe you weren’t as confident, maybe they weren’t paying attention, maybe your tone was off and when they weren’t laughing you got hostile. It could be anything. I think it’s important to pay attention to WHAT went wrong so you can fix it for next time, and not take any of it too personally. (Easier said than done!) 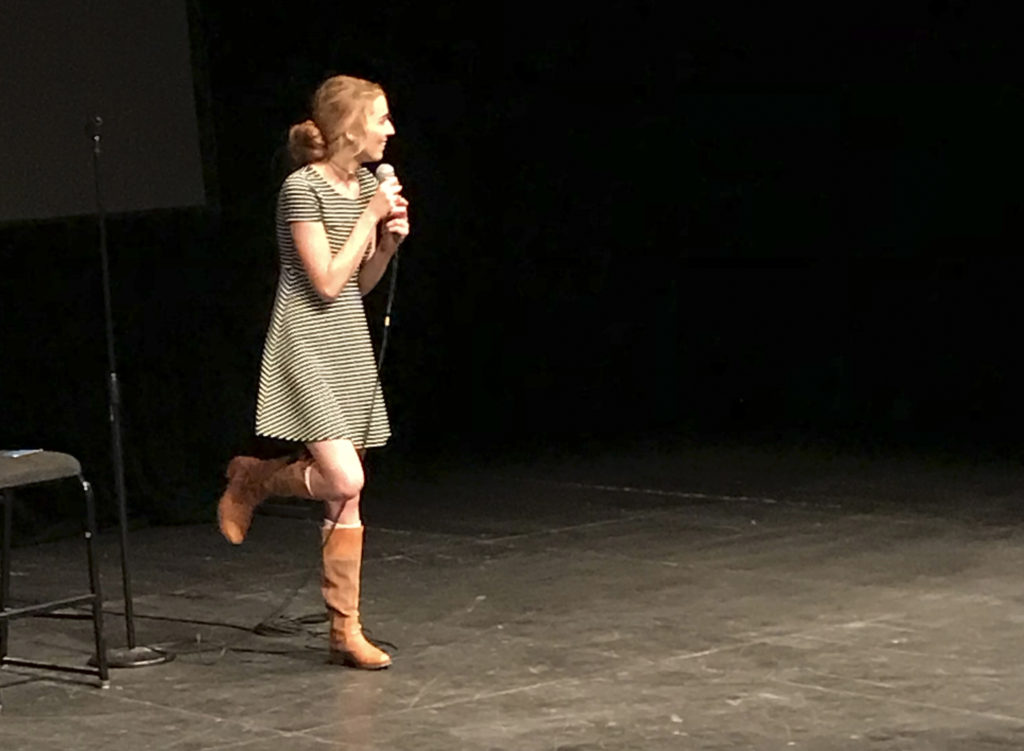 TrunkSpace: Does a receptive and willing audience fuel your fire of funny and help to put you on your game for the rest of your set?
Smith: A good audience is both like having the most intimate conversation and playing a very good game of tennis. You can ping something to them and have the audience send it right back. It is wonderful, it will only raise your confidence, making you more daring, more willing to try risky material. It is nice to feel trusted.

TrunkSpace: What is your most memorable performance experience (good or bad!) that will stick with you for the rest of your career and why?
Smith: One time a man threw some of those Mardi Gras beads at me while I was on stage which is a few different layers of rude.

TrunkSpace: How do you handle hecklers? What approach do you take?
Smith: I cry very hard until they apologize to me.

TrunkSpace: What are your thoughts on the stand-up landscape in 2018? Are you optimistic for the future of live comedy?
Smith: I personally am excited for it! People seem to be enjoying stand-up a lot, it’s getting very popular. I think it’s a good thing that homophobic, transphobic material is getting less acceptable. Hopefully we’ll be moving towards a more accepting space, and away from “I hate my wife and mother-in-law” tropes.