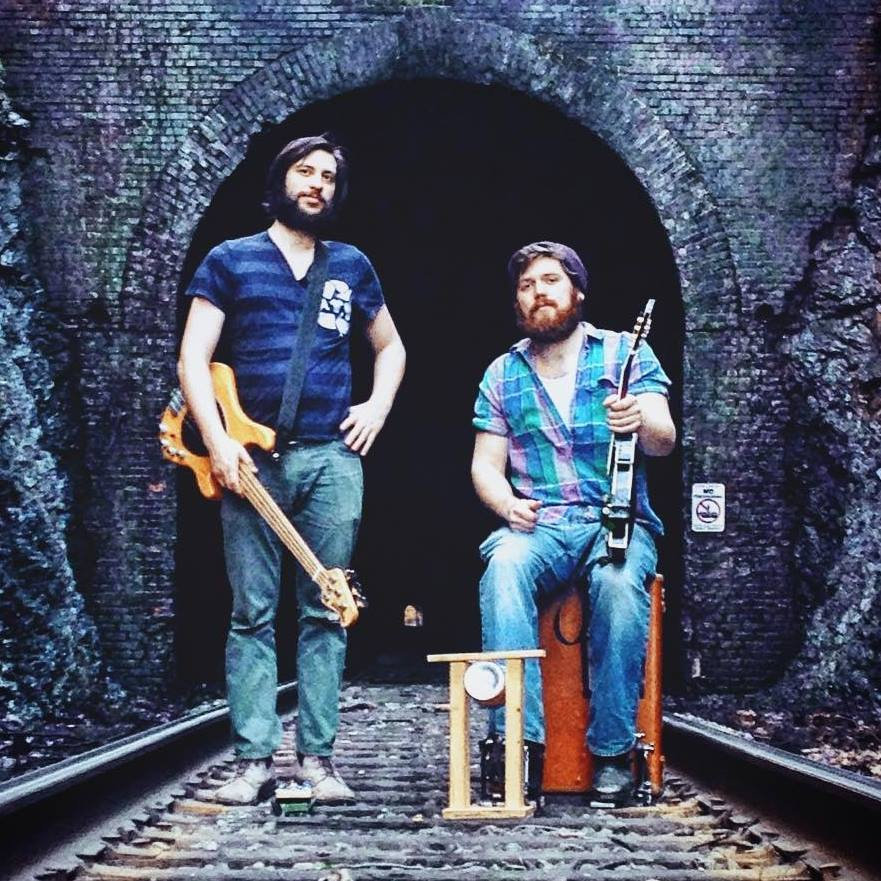 Latest Album: Stay Ahead of the Wolf

TrunkSpace: Your album Stay Ahead of the Wolf is due to drop on October 18. What kind of emotions do you guys juggle with as you gear up to release new material into the world? Is it difficult letting something go that you’ve spent so much time and energy on?
Lyman-Schmidt: Sure, there’s always a little anxiety, but at this point it would be a lot harder to NOT release it. It’s like we’ve been pulling an enormous rubber band back further and further. Letting it go is going to be such a relief!

TrunkSpace: As you prepare to share the entirety of the album with the world, you’ve recently released your latest single, “Marietta.” How do you guys approach what songs you’ll put out prior to an album’s release in order to best represent the album as a whole?
Lyman-Schmidt: We call this music gutterfolk. It lurks around the edges of a whole bunch of more reputable genres and gives the purists headaches. For the singles leading up to the release we tried to pull out a few songs that helped articulate that peculiar space we occupy between country, blues, punk, folk and good old rock ‘n’ roll.

TrunkSpace: What could someone learn about you guys in sitting down to listen to Stay Ahead of the Wolf front to back? What does it say about Driftwood Soldier today in 2019?
Lyman-Schmidt: Look around. Most everyone you see is just trying to get by, or if they’re lucky, crawl ahead a little in a game that’s stacked against them. A game rigged so that the color of your skin, the people you love, or your family’s assets determine which rules you get to play by. This predatory economy is all around us. We’re fighting it, and each other. We’re complicit in our own exploitation, while making huge sacrifices to help others out. This album is about the life that happens in that chaos. It’s about trying to be some kind of human while staying ahead of the wolf.

TrunkSpace: There’s some great storytelling on Stay Ahead of the Wolf. What is your approach to songwriting? Do you write from experience or as an observer of the world?
Lyman-Schmidt: Thank you! Storytelling is definitely the business we’re in. I write a song, lyrics, tune, chords, etc., then Bobby adds bass and we work on the arrangement together. I like to say that my job is to tell the stories and Bobby makes people give a damn.

As far as what stories get told, the only limitation I set is that it has to be true. By that I don’t mean that I personally crashed a Ford in Wyoming and fell in love with a woman named Marietta. What I mean is that I’ve experienced the intense ambivalence of a relationship that didn’t conform to the prefabricated version of love we’re all sold from a young age. I’ve known the dull pain of being unable to adjust my expectations, and losing something beautiful. “Marietta” is a song that uses a different set of circumstances to tell that underlying story, which I know to be true. 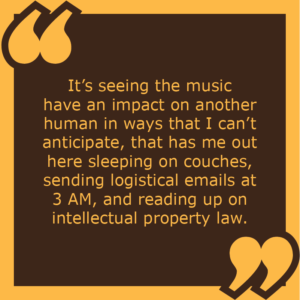 Lyman-Schmidt: I’m proud that it exists. We dragged a whole lot of disparate pieces together to make this happen in the very particular way it did. All the different people who were part of the creative process, the producer, guest musicians, recording engineers, mixing engineers, mastering engineer, etc., come from very different musical backgrounds and none of them had ever worked together, or even met each other. We spent nine months demoing the music before we even went into the studio, raised the money, put the whole team of people together, and ended up with the best music we’ve ever recorded, which feels like a well-earned reward.

TrunkSpace: Obviously Driftwood Soldier is a duo. Do you think the democratic approach to songwriting is easier in a unit of two as opposed to a band of five or six, or is it less about the numbers and more about the connections formed, both creative and personal?
Lyman-Schmidt: Well, as described above, our songwriting isn’t democratic exactly. Maybe more like syndicalist. But being a duo is still very much an intentional choice for us. We have our core sound that everything is built around, and a corresponding shared understanding of what music means to us, and beyond that, how we should be living in the world. In my experience, it’s hard to find all those things in one other person, and the odds continue to drop the more people you try to add. So we learned how to play drums with our feet, and we still tour in a cheap hatchback that gets 37 mpg.

That being said, one of the real pleasures of recording Stay Ahead of the Wolf was getting to hear other musicians we admire adding their creative touch to a few of these songs. The talented Katy Otto joined us for a few tracks on a real honest-to-God drum kit. Eric Sherman magically multiplied himself into a whole horn section on a couple of songs. Matt Heckler joined us remotely from whatever tour he was on with a little fiddle and banjo. Jacob Brunner brought his intense musicality to one track on piano. And Caitlin Quigley sang some gorgeous harmonies. Studio time always tempts us to buy a bigger touring vehicle.

TrunkSpace: We discussed your songwriting already, but we wanted to break it down further. We’re big fans of great, memorable lyrical snippets here, so we have to ask, what is your favorite piece of writing off of Stay Ahead of the Wolf and why?
Lyman-Schmidt: There are a lot of words on this album! It’s the first time we’ve included a lyric booklet with the CD. In fact, it’s the first time I’ve ever written my lyrics down at all, and I’m excited for people to be able to follow along more closely if they want to pick favorites for themselves.

That being said, I think Katy Otto agreed to play drums on the record because of a line from “Put Me Down”:

I’ve always been an easy mark,
for razor-tongued women with good tattoos.
They pick me up after dark,
they put me down whenever they choose.

So I’m grateful for that line bringing us Katy, and for Erin McKeown, who did pre-production on the album, convincing us to add “Put Me Down” in the first place. She rescued it from the cutting room floor and I think it turned out being one of the best tracks on the album.

TrunkSpace: Beyond the songs themselves, what is something about creating music that you enjoy? Is it choosing the album art? Planning a tour? Something else entirely?
Lyman-Schmidt: It is very certainly NOT planning a tour. 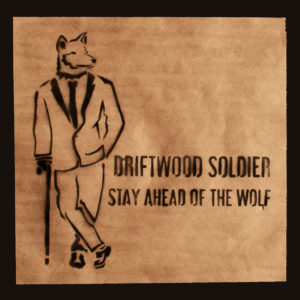 We’ve always been a DIY band, which means we do most aspects of this ourselves, down to spray-painting thrift store T-shirts with the stencils I draw to sell at the merch table. So many of the jobs I’ve had to learn and do for this project have nothing to do with why I play music. In fact, many of them are jobs I wouldn’t take a good salary to do professionally if it were offered to me. It’s performing for people that makes it worth it in the end. It’s seeing the music have an impact on another human in ways that I can’t anticipate, that has me out here sleeping on couches, sending logistical emails at 3 AM, and reading up on intellectual property law.

TrunkSpace: Which would you prefer… writing one album that the world adores, or writing a career’s worth that a select group of people connect with?
Lyman-Schmidt: I’d take the career. I’m impressed when I see an artist play live a few times and they manage to stick closely to their ‘greatest hits’ set list. That takes discipline I don’t have, and honestly don’t particularly aspire to. For that reason alone I imagine if I wrote one incredible album I would constantly be disappointing people by playing all sorts of new material I was more excited about. I’d rather have an audience trust me to keep making new art, whatever form that may take.

TrunkSpace: Time machine question. If you could jump ahead 10 years and get a glimpse of what your career looks like a decade from now, would you take that journey? If not, why?
Lyman-Schmidt: No thank you. We’re all going to be underwater in just a few years. I won’t risk jumping ahead until I’ve grown out my gills.

Stay Ahead of the Wolf is available October 18.