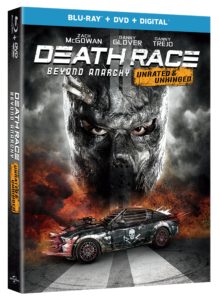 We’re celebrating the release of “Death Race: Beyond Anarchy” – available today on Blu-ray, DVD and On Demand – chatting with the individuals responsible for revving our blood-fueled engines. First up, we sat down with writer/director Don Michael Paul to discuss bringing a fresh take to the fan-favorite franchise, the scene he’s most excited to share with audiences, and what he enjoys most about getting to bring his cinematic visions to life.

TrunkSpace: You’ve worked on a number of sequels throughout the course of your career. Is there a balance for you creatively to stay true to the brand you’re working on while also trying to bring your own creative POV?
Don Michael Paul: I try to always respect the creators that went before, but at the same time I endeavor to give the audience a fresh take. I never treat the films I do as sequels, I approach them the same way I’d approach an original. You have to try to stay fresh and fun so you can give the evolving audience a ride. I love movies, I mean really love them. Disappearing in the dark and watching a story unfold is gold to me. I try to honor each film with a different and diverse take. I’ve had some successes and failures, but I’m always reaching, regardless of budget or franchise requirements.

TrunkSpace: With “Death Race 4: Beyond Anarchy,” you wrote and directed the film. When you’re wearing both hats, does one influence 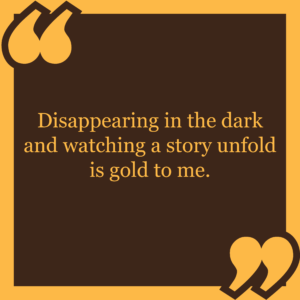 the other in the various stages? For example, will Director Don step in and say, “I’m not sure we can pull that off…” to Writer Don while you’re in the process of working on a script?
Don Michael Paul: Director Don always has to remind Writer Don what can and can’t be done. Budgets are coming way down so I’m always cognizant of what I can do. But at the same time I push hard to put every penny on the screen and give the movie more size and sizzle than we can afford. It’s my job. Make a lot out of a little. Audiences want it all; greatness, craziness, fun, drama, comedy and suspense. I will always try to give them more than I have. I squeeze everything out of the tube and torture myself reaching.

TrunkSpace: What scene were you most excited to shoot based on what you wrote and why?
Don Michael Paul: I was very excited about shooting the motorcycle death race challenge. It was a unique scene in an interesting location and it really kicked-started the movie in a big way. I loved how the gladiators and the DR Clown participated in the sequence. And I loved all the car action.

TrunkSpace: Is there anything that you had to adjust on the fly due to budget or time constraints, and if so, did any of those moments bring about unexpected gems?
Don Michael Paul: Yes, originally the end race had something like 40 cars in it. I had to cut that down to 11, so we could afford to build the cars and design the stunts. I think limiting the amount of cars made the characters come to life in a stronger way. If there were more cars, we would not have been able to get to know the drivers and appreciate their fates in the way we did.

TrunkSpace: You started your career as an actor. Having been on both sides of the camera, do you think that has provided you with a different insight into how to approach being a director, particularly when it comes to working with actors that perhaps some other directors don’t have?
Don Michael Paul: I love actors. I know the road they travel and how soul-crushing it can be to stand in front of a camera and be disappointed by a performance. I try to give actors a big space to work in and create a mood so they have freedom to discover. I go very fast due to schedules, so I’m charging hard and they feel the relentless pace. It’s my hope their instinct takes over. Instinctual acting is when I get interested and excited by performance.

TrunkSpace: 2018 is a big year in terms of the number of films you have or will see released. All of them are based within an existing franchise. What do you enjoy most about getting to play in a sandbox that has already been established?
Don Michael Paul: I love movies. I love the whole process. I am blessed to do what I love. Again, they’re not sequels to me. They’re films, that will be put out there and blooming like an evergreen tree for years. Long after I’m gone they will be discovered by new audiences around the world. I hope they can be enjoyed whether you’ve seen the previous ones in the sequence or if you’re a first time watcher.

TrunkSpace: Is there a dream franchise out there that you’d like to helm an installment of? What would make your inner 10-year-old jump for joy?
Don Michael Paul: “Death Race” was a dream, but it’s not for 10-year-old Don that’s for sure. I’d love to have enough money and time to mount an epic in the vein of “Gladiator.” I love everything about that movie. I love the context and characters and the visceral struggle of integrity and honor vs. greed and avarice and jealousy. The raw power in the ending after the Spaniard has his revenge and goes to heaven knowing the love of your life is there waiting for him. This is great filmmaking and something I aspire to.

TrunkSpace: Finally we have the trifecta question for you. What job/project did you learn the most from as an actor, which one did you learn the most from as a director, and finally, which one did you learn the most from as a writer?
Don Michael Paul: I learned the most as a director on a movie that almost ended my career called “Who’s Your Caddy?” It was a critical and financial disappointment but I learned so much about myself and where I belong. The actors in this movie taught me a very valuable lesson. “Do you!” I’m blessed to have this epic fail. It built my character and taught me to tell and write stories in my wheelhouse. I learned the most as a writer on scripts that were never produced that I wrote for Joel Silver. He seasoned me as a writer and taught me about story, structure and character. It put me in a studio furnace which enabled me to write under pressure. I’m grateful for those hard knocks. As an actor, I learned the most from a movie called “Winter People.” I got to act alongside legends like Kurt Russell, Lloyd Bridges, Kelly McGillis and Eileen Ryan. I will never forget how clean and simple Kurt Russell’s acting was. Working alongside him 25 years ago was an inspiration to me then and now. Big respect, Kurt!