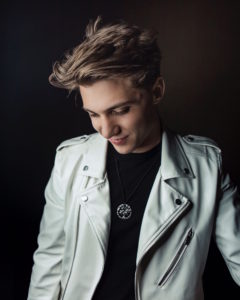 Boston native turned LA transplant Joe Dias is looking to move music forward, blending elements of rock, hip hop, and pop to make his own definable sound. Born from a diverse range of musical influences, Dias’ songs are given life on the guitar, an instrument he took up at age seven, and are placed into a cocoon within the studio where they emerge as something entirely different.

We recently sat down with Dias to discuss his love for rock, his desire to create musical uniqueness, and where he’s hardest on himself in the songwriting process.

TrunkSpace: You’re set to drop a new single “Something Better” to the masses. What does that feel like?
Dias: Man, I can’t wait, honestly. It’s going to be incredible. I’ve got nothing but good, positive vibes for the release of this song and I’m hoping that it goes very successfully and I can broaden my fanbase and entertain the fans that I have.

TrunkSpace: Is it a track that you recorded recently?
Dias: I’ve actually had this song for about six months now and I’ve just been waiting to plan the correct release for it because I wanted to release it professionally instead of just dropping it because it’s a really good song. I wanted to take the right steps.

TrunkSpace: That’s got to be difficult… to have something you’re proud of and have to sit on it for so long?
Dias: Trust me! But I’d rather people actually hear it… a good amount of people… instead of just dropping it. I want to use it as a tool to build myself up.

TrunkSpace: So as you look forward in the career, is a strategic approach to releasing new music something you’re going to try and do at all points now?
Dias: Definitely. I’ve been thinking about that a lot more. I used to just make whatever I wanted to make, whether it be a Hip Hop track or a rock track or a pop track. Now I’m trying to create a definitive sound and create a vibe that can be a brand. That’s what I’ve been focusing on mainly. I want this to be a long career. I don’t want to have to do something else. I want to do this.

TrunkSpace: And that seems to be the real trick in a career in music… maintaining longevity.
Dias: Yeah. It’s maintaining it AND creating something original because if you just follow the trends, the trends are always going to change on you and you’re never going to stand for one thing.

TrunkSpace: You mentioned creating tracks based on varying genres. You cite a wide range of influences in terms of the sounds that inspired you and we’re curious if you always had diverse tastes when it came to music or did you enjoy different genres at different points in your life?
Dias: I grew up listening to nothing but classic rock. My dad had all of these CDs and I would find a CD and listen to it over and over again, whether it be Led Zeppelin “IV” or the Eagles’ “Hotel 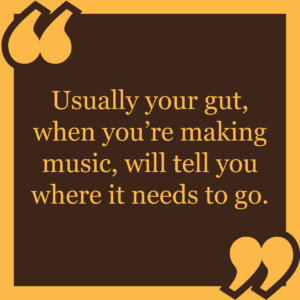 California.” I would listen to all of those tracks and they really, really spoke to me. Then I started learning how to play all of those songs on guitar. So, I would say that it started out with rock, but then as I grew up, I got into a lot of Hip Hop… listening to 90s Dre, NWA, and stuff like that, in high school. And then recently I’ve been into 60s R&B like Sam Cooke where people just sing and you feel their pain. That’s the kind of singing that I want to do.

There’s just so many good singers. I love Percy Sledge. (Singing) “When a man loves a woman…” I just love those songs when you feel it. I know I like it when I hear it.

TrunkSpace: You listen to someone like Smokey Robinson on vinyl and man, it sounds so warm and inviting. You can’t always capture that in a digital space nowadays.
Dias: Yeah. Vinyl is really coming back. People are all about the vinyl nowadays. It’s pretty cool. People are just sick of not holding a record.

TrunkSpace: Some artists are even releasing cassettes as well.
Dias: Times are weird right now. Things are all over the place. I feel like we’re going backwards and forwards at the same time.

TrunkSpace: We actually saw a photo on your Twitter account where you posted a picture of yourself wearing a Pantera shirt.
Dias: “Cowboys From Hell,” man! (Laughter) Actually what happened with that shirt… a friend’s mom is obsessed with Pantera so we’ve been listening to Pantera and we were at a thrift store and I was like, “No way!” I have been listening to Pantera going to the gym and stuff. (Laughter)

TrunkSpace: So as you’ve absorbed all of those influences into your own songwriting, how long did it take you to sort of find your own voice as a songwriter?
Dias: I would say very recently. I’ve always known that I didn’t want to abandon my rock roots. So many people love rock music and there’s just no one making… there’s a lot of bands making rock music right now, but there’s not many people pushing it forward into a new realm. That’s kind of why people say rock is dead, but it’s definitely not. I work at this rock store and teach little kids how to play “T.N.T.” by AC/DC and I watch them get so hyped about it. It’s definitely not dying any time soon. People just need to say, “Rock is still cool and let’s push it into new directions.” People are pushing Hip Hop into new directions, but not really rock music.

I want to be on the charts. Who doesn’t want to make a million dollars on a song? But I also want to stay true to everything that I’ve done. I like the sound of electronic music, but I don’t like how every single EM track is formulaic. It’s predictable. I hate predictability in music. 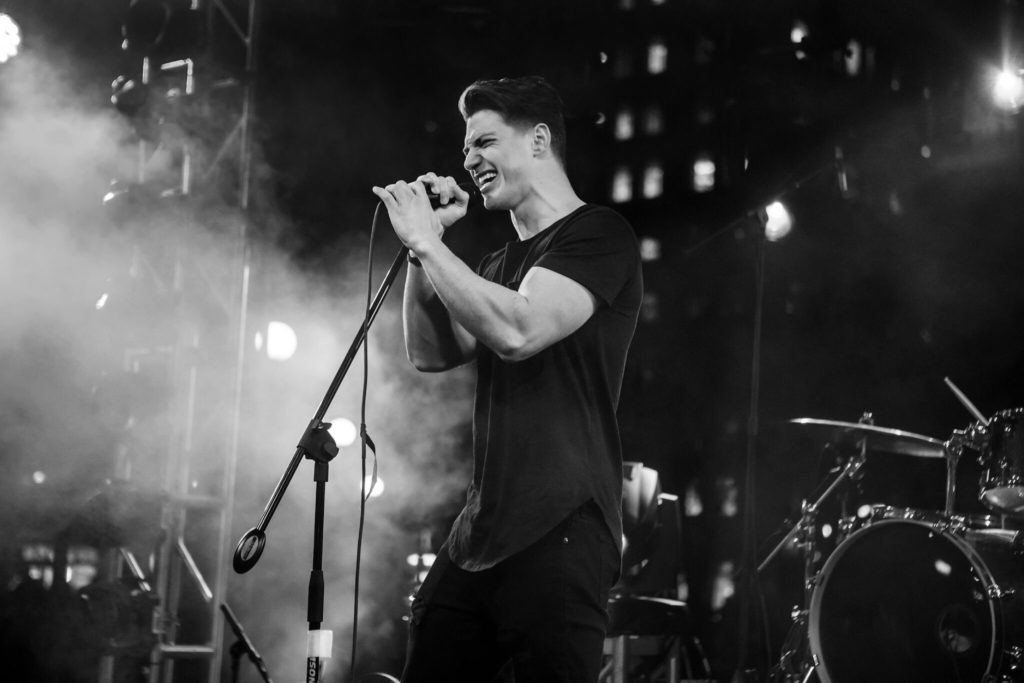 TrunkSpace: You write most of your songs on the guitar, but when you put on your production hat to bring your other influences into the mix, do the songs themselves change a lot?
Dias: Yeah. Completely. And sometimes lyrics get rewritten. Melodies get changed. Everything kind of switches up a little bit. The original production demos are a lot slower. They just change up and you get those drums in there and you can feel it. Usually your gut, when you’re making music, will tell you where it needs to go.

TrunkSpace: When you’re working on the songs, where are you the hardest on yourself as an artist?
Dias: The lyrics. The lyrics are really hard for me sometimes because I know what I want to say, but I just don’t know how to say it all of the time.

TrunkSpace: Do you write from experience or do you take more of a storyteller’s approach?
Dias: Usually from experience, but sometimes I do these weird stories that don’t happen, but I like to tell it like they’ve happened. Sometimes I write little fictional stories in songs. It’s fun.

TrunkSpace: Well, and what’s great about that is, it might mean one thing to you when you wrote it, but the listener might have a completely different interpretation.
Dias: Yeah, that’s the magical thing about it. At the end of the day, everyone’s going to think of it in a different way and that’s the coolest part.