Death Cab for Cutie guitarist Dave Depper is stepping out on his own with his first solo album, an endeavor that is both thrilling and terrifying for the Portland-based multi-instrumentalist. “Emotional Freedom Technique” was released last Friday and features a family of synth pop songs with an underlining emotional arrested development theme, one that Depper admits he has since climbed out from underneath of. With two more solo projects already in the early stages of creation and a new Death Cab album due out next year, the future is looking stage light bright for Depper.

We recently sat down with Depper to discuss his musical boyhood dreams, his inspiration for becoming a solo songwriter, and the experience of watching other musicians learn his songs.

TrunkSpace: We’re starting with a heavy question out of the gates. If we asked 15 year old Dave what kind of musician he wanted to be when he grew up, would his answer be different than how your career has ultimately played out?
Depper: Well, it would probably be pretty similar. I think I am kind of living out my teenage dream at the moment, which is pretty nice. I guess if I was really living my specific dream, I would be playing guitar for Blur or Pink Floyd, but Blur has a guitarist who is still doing quite well with them and Pink Floyd is not a band anymore.

But yeah, I always wanted to be a guitarist in an active rock back and I’m doing that. It’s great.

TrunkSpace: So did that early snapshot of a dream ever involve a solo career?
Depper: No. Not at all. I really didn’t have any designs on being a solo artist at the time, other than it seemed like one possible avenue to being a musician. But I wasn’t one of those tortured teens who had music fighting to get out of me like I hear so many of my favorite songwriters say. “Yeah, I just wrote songs all through high school and they were bad but then they got good and then I got a band.”

It wasn’t something that really called to me. I was just more interested in honing my craft as an instrumentalist. Early on I really enjoyed joining lots of bands and playing in as many different styles of music as I could. That’s just kind of the way things went seemingly forever, up until they stopped doing that. (Laughter)

TrunkSpace: So did you consciously set out to take a solo side path or did it just sort of happen?
Depper: It’s kind of a combination. As music became more and more a component of my day to day life… like, I spent most of my 20s with a day job and playing in bands and moonlighting on the weekends or at night and then I gradually started touring more. By the time that I had played with several bands in my mid to late 20s, I was curious why I hadn’t been compelled to write my own music, so I started doing it. I was like, “Okay, I’m doing this. I’m writing songs.” And I just really disliked everything that I did. I just felt like that everything I did sounded like a bad imitation of whoever I was into at the time, whether it was R.E.M. or The Police or Death Cab for Cutie. Every time I did something, I asked myself, “Does this have a reason to exist? What is this doing better 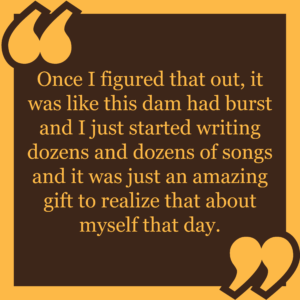 or differently than anything that I enjoy?” And I couldn’t answer those questions.

Fast forward a couple of years and I randomly agreed to play this thing called The 20 Song Game with a group of friends where you are challenged to write and record 20 complete songs in 12 hours. You did this with three or four friends and then you all get together at the end of the day and you play each other your songs. It’s this crazy kind of creative exercise that puts you in this sort of panicked creative state where you just have to use every single idea possible because otherwise you won’t have anything. You have so little time to work on everything.

I definitely wrote a lot of terrible songs that day as well, but there were a couple of things that really stood out that just sort of weren’t like anything that I had ever done before. When we were all listening back to each others’ songs, my friends commented on them. “That was really interesting. I didn’t expect to hear that out of you.” And they were these two songs that actually ended up on the “Emotional Freedom Technique” album… in different forms. One was only a verse and chorus and one had different lyrics, but the genesis of those songs were that day and it was like a lightening bolt struck me. I was like, “Oh, this is what I sound like and this actually doesn’t sound like anybody else but me.” Once I figured that out, it was like this dam had burst and I just started writing dozens and dozens of songs and it was just an amazing gift to realize that about myself that day.

TrunkSpace: So did that creative exercise also inadvertently change up your songwriting process?
Depper: Yeah. I think what it made me realize was that in order to effectively accomplish a goal or work towards something, I need to have a framework to work within, otherwise I get paralyzed by option anxiety. I’ve played in the hard rock bands. I’ve played in gentle folk bands. And I just couldn’t decide what to do and once I figured out this template of melancholy synth pop, I was like, “Okay, I can work within this.”

And so I think that no matter what kind of music I end up making or albums that I set out to do, as long as I have a mission statement of a sub genre at least, I’ll be a lot better at working on something.

TrunkSpace: A lot of times when an artist releases their first solo album to the world, they’re doing so in a way where they are working on building their fanbase, but due to your involvement in Death Cab for Cutie, you have an established fanbase. Does that put added pressure on you?
Depper: Definitely. It’s a strange double-edged sword. I actually started this album like five years ago and it was largely complete before I even got the call from the guys to play with them. A lot got done on the album since then too, but really this album was made in my bedroom by a person who kind of didn’t really know what he was doing and it certainly was not intended as this big solo bow from Death Cab for Cutie’s guitarist or anything like that. So it’s coming out in this very different situation than I expected it to.

That said, it’s amazing to have a fanbase who, even if they don’t directly all come over from Death Cab world, at least there will be some curiosity about it, I figure. It doesn’t sound like Death Cab for Cutie at all, I don’t think, other than there is a similar thread of emotional sincerity going through it, but… I’m very happy that it doesn’t sound like Death Cab because I really don’t want to be compared to them and not because I don’t like them. Ben Gibbard writes incredible songs and is beloved and I’m pretty terrified to be compared to him in any way. I’m happy to kind of have this weird, separate sort of spacy thing going on. And they have been incredibly supportive and wonderful about the whole thing. I was pretty scared about presenting it to them and being like, “Are you guys okay with me doing this?”

So, I’m happy about it, but it is a little bit nerve wracking, yes. (Laughter) 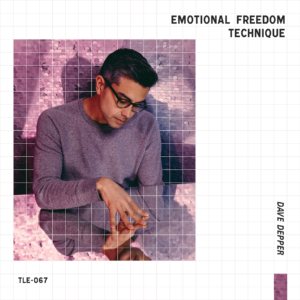 TrunkSpace: Does it feel different playing songs that are wholly yours?
Depper: Oh God, absolutely yes. With Death Cab, it’s this feeling of being a part of this amazing machine that is so good at what it does. Before I was in the band, they had been honing their craft for a decade and a half and it was an amazing kind of spaceship to board and to be a part of it.

I’ve so rarely been in a situation where I’m sort of calling the shots. The first rehearsal we had for the record a few weeks ago… you should have seen the look on my face. These four people learned my songs and the bass player was playing bass lines that I had made up and… it was this crazy feeling hearing this thing come alive that sort of wasn’t alive before. But then it’s kind of up to me to be like, if we have played the song three times, is it good enough? I don’t know. Do we need to run it again? That’s sort of an objective decision making thing that I’ve never really had to be in charge of, so I’m definitely learning as I go. And we haven’t played a show yet, so I can’t really report on what it feels like to play a show yet, other than I’m super terrified about the whole thing. (Laughter) But looking forward to it as well. It’s sounding amazing in rehearsal and the band is great.

TrunkSpace: Because this particular project was five years in the making, do you feel like your creative brain has already moved beyond where some of the messaging in these songs is at?
Depper: Absolutely. And the album was finished… mastered… a year ago. I’ve been sitting on it this long. So with the messaging, yes. The record addresses a very specific period in my life that was three or four years long of sort of this emotional arrested development and disconnection from relationships, both romantic and platonic. I was very much in that when I wrote the record and was sort of getting out of it by the time I was finishing it. And I’m firmly out of it now, but I’m really proud of the statement that it makes on that level and I think it’s kind of all I have to say on that subject. I love how it turned out, but I’m definitely turning my mind to other areas for future things that I’ve already started working on and that I’m stoked about.

TrunkSpace: So as you look towards the future and your career as a whole, where do you see your solo career falling into things?
Depper: Well, it’s cool. I think barring unforeseen circumstances, Death Cab is going to be Death Cab and we’re going to release an album next year and tour it. And before that, things were much more freelance for me. I would kind of join touring bands for six months to a year and then the second that I would be done I would need an income and so I would have to join another. It was very hard to plan my life, even three months in advance. Now I’m part of Death Cab and I don’t need to jump around. They’re home for me. I can kind of be more methodical about how I plan things out and so my goal is just to record, record, record… kind of all the time. And I can do that whenever with them… on tour or whatever because I have a mobile rig… and just release things whenever we have a lull in activity. It’s super freeing and super exciting to look forward to that.