Although he is no stranger to Disney Channel audiences thanks to roles in shows like “Mech-X4,” Dan Payne continues to be in awe of his “Descendants” experience, one he sees as exposing him to an entirely new generation of pop culture fans… even those found closer to home.

“I think one of my favorite things, though, is that this movie makes my kids think I’m cool… for now,” he joked in an exclusive interview with TrunkSpace.

We recently sat down with Payne to discuss shaping the Beast, becoming a set dad, and how being a professional volleyball player prepared him for a career as an actor.

TrunkSpace: The “Descendants” franchise has tapped into a younger generation in a way that is difficult for new properties to do in this current day and age. What do you think has enabled the ongoing narrative to hold audiences through three movies to date, especially at a time when so much other content is available?
Payne: I believe the success of the “Descendants” franchise has a great deal to do with the underlying messages and concepts within the movies. The most important idea being, quite simply, love. These movies deal with the idea of love by addressing the concepts of inclusion, standing up for one another, not judging a book by its cover and acceptance, to mention a few. The story is told by an unbelievably talented cast of young artists who can dance, sing, and act brilliantly with Kenny Ortega masterfully at the helm of it all. I just feel like it came together in a way that connected with people of all ages and I am truly grateful to have been part of it.

TrunkSpace: You have returned to the role of Beast in “Descendants 3.” Is there a different vibe – or even a different approach – to reprising a character in a film franchise as opposed to a television series that checks in with audiences more frequently?
Payne: I think each character could ‘grow’ with the story and express how their character had been affected by what happened previously. Each movie afforded a new challenge, which could hopefully inspire more growth. Some characters’ ‘growth’ might seem more drastic than others since the audience does not get to check in as frequently with movies as they do a television series. And, for me, Beast is a father. He has to learn to grow as a father and help his son as he matures in to a fine young king.

TrunkSpace: Obviously the films, though enjoyed by people of all ages, are geared towards a younger demographic. Do you think the “Descendants” franchise has opened you up to an audience that has yet to see your work, and if so, how do you use that in your career as an actor to carry momentum forward? 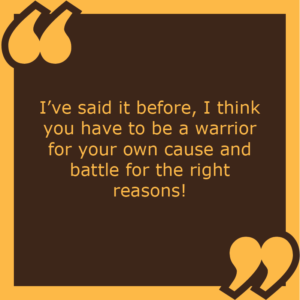 Payne: “Descendants” has been an amazing opportunity for so many reasons. I think it has opened me up to a new audience. I have been fortunate to be a part of the Disney world prior to “Descendants,” having played Traeger, the main villain on “Mech X-4” for a season as well as Gabby Duran’s father, Bruce on “Gabby Duran and the Unsittables.” I hope the exposure the “Descendants” movies has brought opens up more opportunities and audiences because it would mean more chances to do this job that I absolutely love. I have an amazing team around me, and I think we will work together to make the most of this shift. Disney has been very good to me, and I hope our relationship continues and that audience continues to grow too! I think one of my favorite things, though, is that this movie makes my kids think I’m cool… for now.

TrunkSpace: Your character is based on a very famous fictional beast, who to date, has been enjoyed by various generations over many years. However, this still feels new enough in the narrative and tone that it wouldn’t feel like history has had too much say in how you approached him on-screen. While the past is there, did you feel like you were taking on a character that audiences have never seen before?
Payne: I was very fortune to have Kenny Ortega help me shape our version of the Beast. Kenny let me know that we would collaborate to create a King Beast very specific to our world of “Descendants” while honoring the famous classic character as much as possible. In essence, the most important trait of the Beast I got to play is that of a loving father.

TrunkSpace: For fans, the final product of a film or series is always the most memorable part, but for those involved in a project, we’d imagine it goes much deeper than that. For you, what is something about your time working on the “Descendants” franchise that you’ll carry with you through the course of your life/career?
Payne: I will always cherish the relationships that began with the cast and crew. We came together as strangers on the first film and now continue as friends. It’s not often for me that I get to revisit film relationships for the course of three films and six years. I got to see some of the young actors grow up and got to become, in a way, a set dad to some of them. They are truly brilliant young stars.

TrunkSpace: You have been involved in many facets of artistic exploration, from acting to photography to stand-up comedy. As a person, are you someone who needs a creative outlet to feel your whole self? Is artistic expression a must have for you?
Payne: I think artistic expression and having a creative outlet are an extremely important to part of me. I would almost say essential as if part of my DNA. I don’t believe I need it to feel my whole self because there are other equally, possibly more important parts, like that of being a husband and a father. Those parts give me tremendous joy and fulfillment. I’m very fortunate that I have an amazing support group around me so that I can pursue those creative outlets that fulfill that part of my being and also be a father, husband and the other parts of me that all add up to the whole.

TrunkSpace: Prior to pursuing acting as a career, you were a professional volleyball player. Are there parallels between pursuing sports and pursing acting, particularly when it comes to training?
Payne: I believe that my experience in professional volleyball taught me to bring an excellent work ethic and sense of professionalism to everything I do. I also think it has paid major dividends in the less structured career path of acting. Auditions are like tryouts. Do the homework, put in the work, and give it everything I have to succeed. I learned to work in a team environment. I also learned the life lesson to get up one more time than I get knocked down to find success – big or small, whatever it means to you – on the journey of trying to be the best version of me I can be. I’ve said it before, I think you have to be a warrior for your own cause and battle for the right reasons!

TrunkSpace: We’re suckers for “Supernatural” here, a series that you appeared on back in 2014. It is about to begin its final season, so we’re curious how important that show has been to performers and crew in the Vancouver area and how much of a void it will leave behind?
Payne: Jared and Jensen are ambassadors of awesome! They have relentlessly been a brilliant part of the Vancouver film community. I think it will leave a fairly substantial void. But I have to say, Vancouver is an amazing and resilient community of tremendously talented actors, directors, crew – you name it – and I’m excited to see what fills those big shoes!

TrunkSpace: What has been the highlight of your career thus far?
Payne: That is an extremely tough question to answer. There have been so many milestones along the way that I could say are a highlight. I mean, I have met and worked with people that have inspired me beyond belief, been part of projects that altered the course of my career and traveled to foreign countries to do a job I love! I truly hope the highlights are still coming and THE highlight is yet to come! If you are asking me to pick one as I sit here, filming a movie in Thailand was surreal. It was the first time I left the continent on an acting gig. What a gift!

TrunkSpace: Time machine question. If you could jump ahead 10 years and get a glimpse of what your career looks like a decade from now, would you take that journey? If not, why?
Payne: No… yes… no.

Okay, admittedly, there was a moment of curiosity that arose as I thought about being able to know. But it faded quickly, and I can now confidently say, “No, I would not take that journey.” I guess the lesson of Faust in a way? I would rather continue this crazy journey as an actor and be excited by what may be just around the corner. I have loved the wild ride it has been so far and look forward to the next adventure… whatever it may be!