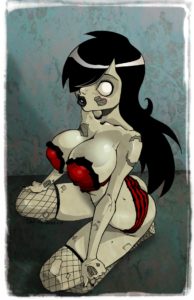 I am now self-publishing under my own label, Still Ill Princess. My first title is called “Sad Girl Psycho Baby.”

TrunkSpace: How would you describe your art style?
Mendoza: My art style is more on the European and Anime side. When I was a teenager, I read an article about these new styles that looked like Manga and American mixed together, calling it Neo Manga, so that’s what I call my style today.

TrunkSpace: How important were comic books in your life growing up and is that where you discovered your love and inspiration for drawing?
Mendoza: I’ve been drawing all my life. I used to make my own comics all the time with folded and stapled paper. I bought my first comic at age 12. It was called “Dynamo Joe.” The comic was a mech-styled genre just like the shows I would watch on TV, “Robotech” and “TranZor-Z,” but this was Americans making the books. After that was a bunch of artists from Marvel saying that they were leaving to do their own thing, which became Image comics. This inspired me the most to want to make my own comics for the world to see. 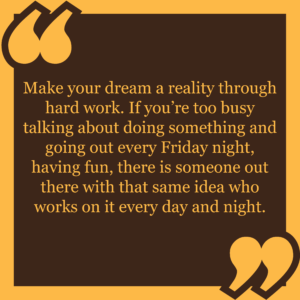 Mendoza: I was always more inspired by stuff from Japan rather than American comics. Shirow Masamune of “Ghost in the Shell” fame and Yukito Kishiro from “Battle Angel” I’d say influenced me the most.

TrunkSpace: How did you decide to approach your career in comics? Did you formulate a plan of how you wanted to attack what is known for being a hard industry to crack?
Mendoza: When I was young, I would submit my page samples or wait in line at conventions for portfolio review. No one liked my style back then. I kept cracking at it though and ended up going to animation school at CalArts. After graduation and working at a few studios, I went back to my love for comics. I decided to just make my own book and submit it to studios as a portfolio piece representing my work. That comic was called “Zombie Tramp.”

TrunkSpace: What was your biggest break in terms of a job that opened more doors for you?
Mendoza: Self-publishing comics with my friend Jason Martin was great! We accomplished a lot together. My fan base kept growing and growing. The first break was with Action Lab. Signing with Action Lab helped me get my books into a lot of stores and helped me increase my fan base.

TrunkSpace: A lot of people say that breaking into comics is the hardest part of working in comics. How long did it take you before you started to see your comic book dreams become a reality?
Mendoza: From the time I was 17, I would submit my work to studios and get rejected. It wasn’t until I decided to make my own books at age 33 that it all started to happen for me. It goes to show what persistence and believing in yourself can do. 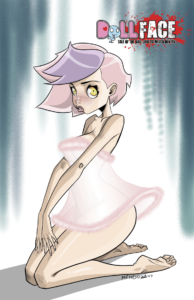 TrunkSpace: Is there a particular character or universe you always find yourself returning to when you’re sketching or doing warm-ups?
Mendoza: It’s always “Zombie Tramp.”

TrunkSpace: Is there a specific title or character that you’d like to work on in the future and why?
Mendoza: It’s funny, as much as I’m known for drawing pretty girls and stuff, I’d love to draw the Hulk or Conan.

TrunkSpace: What is your ultimate dream when it comes to your career in comics? Where would you like your path to lead?
Mendoza: I’d like to have my own movie, TV/animated series.

TrunkSpace: What would you say is the greatest strength as an artist?
Mendoza: The greatest strength is to have “Ganas.” I love Edward James Olmos movies. The movie he made about math teacher Jaime Escalante, “Stand and Deliver,” stood out for me when he would tell his students to have “ganas,” meaning the will and the desire to do something. Keep that ability to self-drive yourself. Constantly be drawing. Believe in yourself and treat the craft like an addiction. Keep at it.

TrunkSpace: How has technology changed your process of putting ideas/script to page? Do you use the classic paper/pencil approach at all anymore?
Mendoza: Since I have bought a Cintiq, my whole world has changed. I mostly work digital now. It’s quicker and cleaner. But I still draw on paper here and there so I don’t lose that traditional craft.

TrunkSpace: What advice would you give another young aspiring artist who is considering a career in the comic industry?
Mendoza: It’s a hard road, just like every art career. What stands out to me again is that word, “ganas.” Arnold Schwarzenegger is a hero of mine. His career, from nothing to legend, is incredible. He came up with the six rules of success. Look up these six rules and be inspired by them. My favorite rule is rule # 5 – work your butt off. Make your dream a reality through hard work. If you’re too busy talking about doing something and going out every Friday night, having fun, there is someone out there with that same idea who works on it every day and night. He will get that idea out there before you do.

TrunkSpace: Making appearances at conventions: Love it, leave it, or a combination of both?
Mendoza: Me and comic book conventions have a strange relationship. On one hand, I love them. I love meeting my fans and talking with them and drawing for them. On the other hand, I have bad anxiety problems. Overly crowded areas and traveling eat at my brain, but I power through it because my fans mean everything.

TrunkSpace: What is the craziest/oddest thing you’ve ever been asked to draw as a commission?
Mendoza: Okay, this is a bit gross but here it goes… I was asked to draw that one Spider-Man image where Peter Parker has his back to the wall and he is dodging a bunch of Dr. Octopus’s arms. Not that bad… but then, switching Peter Parker to his friend’s face and all the Dr. Octopus’s arms into veiny penises.

TrunkSpace: What else can fans of your work look forward to for the rest of 2017 and into the new year?
Mendoza: 2018 is going to be a fun year. We got the coming of “The Death of Zombie Tramp” story arc and my first solo published title, “Sad Girl Psycho Baby” coming out. The Kickstarter campaign began yesterday and can be found here. 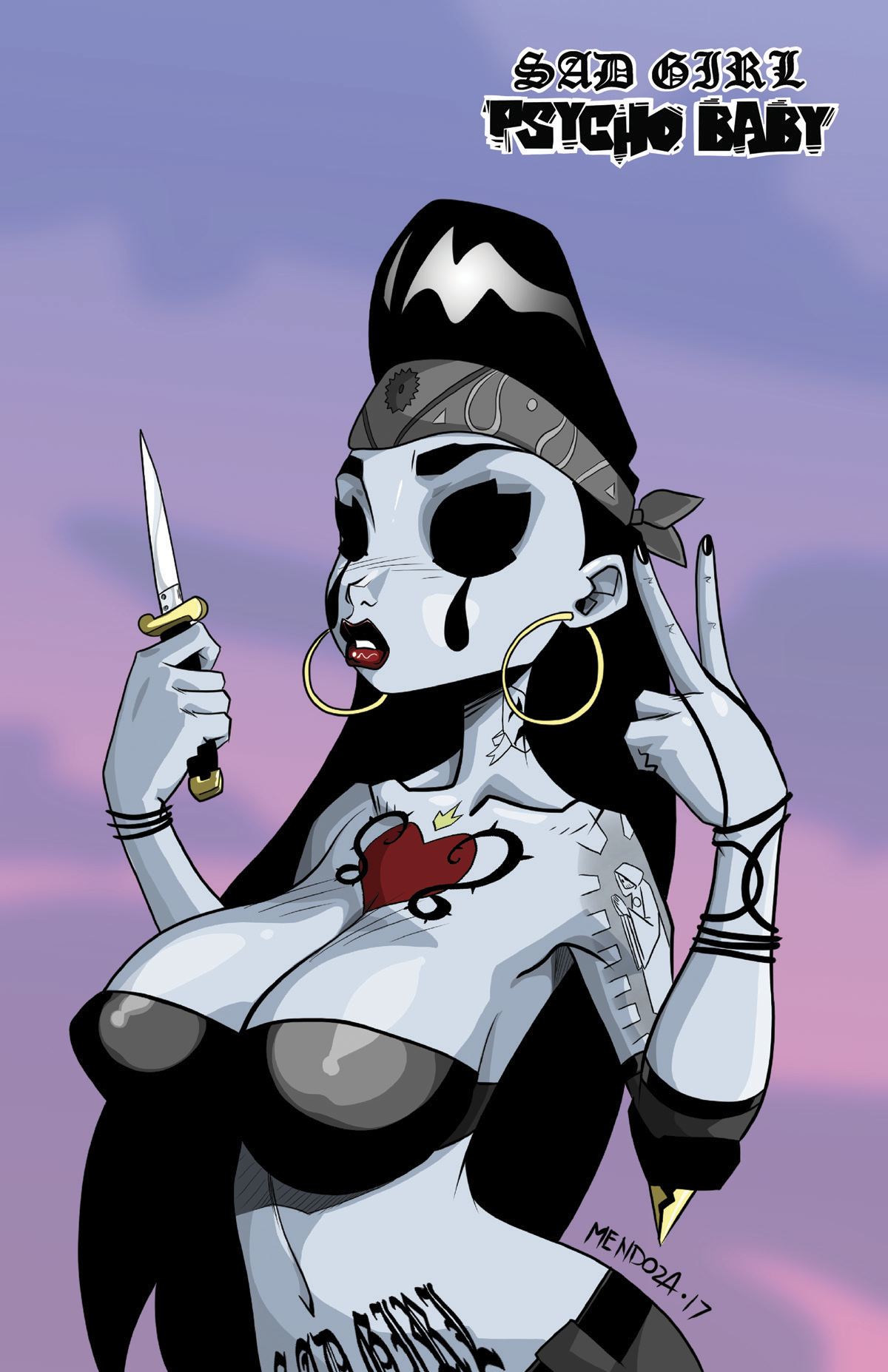