Welcome to the third installment of our LYCAN WEEK ongoing feature!

Opening Friday in select theaters, “Lycan” tells the story of six college kids who revisit an old Georgia legend, the strange and puzzling story of Emily Burt, the Talbot County werewolf. Based upon true historical events, the film stars Parker Croft (“Big Little Lies,” “Once Upon a Time”) as a mischievous documentarian whose camera tells a portion of the thriller’s narrative.

We recently sat down with Croft to discuss how “Lycan” came into his life, the local legend embraced by his home state of Vermont, and how he’s transitioning into a new chapter of his career.

TrunkSpace: From an outside perspective, you seem to be on this great run of projects, both those that have already been released and a number that are currently in the works. Has the last few years felt a bit like a “pinch me” period in terms of where your career is going?
Croft: Yeah, this is a good time in my life, there’s no doubt about it. I’ve been really excited about directing lately. I started up a production company with my wife called Paper Horse Pictures and we’ve been directing a couple of projects and putting together a couple of projects.

We actually just got word that the first project that I directed with my wife is a semi-finalist at Los Angeles CineFest.

TrunkSpace: Congrats on that! It sounds like you’re really diversifying, which in this day and age, seems more important than ever for actors.
Croft: Yeah, it’s been very freeing to be able to make the work the way I envision it to be made, so that’s very cool.

TrunkSpace: Throughout your career as an actor, were you observing other directors and how they go about doing their job so that you could then apply that knowledge to your own directing future?
Croft: Definitely. One of my earliest projects was a project I actually put together, produced and wrote along with a director and that sort of got me rolling on the “make it yourself” style of filmmaking. And yeah, I would say I’ve been hurdling towards this in many ways for a long time, so I’m really excited to start this chapter.

TrunkSpace: There really is an exciting problem solving aspect of filmmaking that becomes addicting, right? 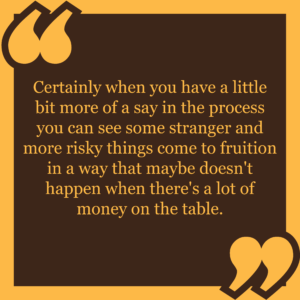 TrunkSpace: So how did “Lycan” come into your life?
Croft: It’s similar to how most of the acting projects that I’ve come across, which is that it was an audition. It went well and then the project came together and here we are.

TrunkSpace: It sounds like you and “Lycan” producers Crystal Hunt and Dania Ramirez are on a bit of a similar career trajectory because they are also transitioning to putting together their own projects and making the kind of films that they have always wanted to make.
Croft: Yeah, that’s cool. Certainly when you have a little bit more of a say in the process you can see some stranger and more risky things come to fruition in a way that maybe doesn’t happen when there’s a lot of money on the table.

TrunkSpace: And where does your character Kenny fall into things?
Croft: So Kenny plays the role of… I almost want to say he’s sort of a mischievous documentarian. A bit of the footage comes from a camera that Kenny is supposed to be shooting, so some of the narrative comes through Kenny’s camera, which is kind of cool. And he’s definitely a bit of a jokester, and a bit of a wiseguy, and a bit of a party animal.

TrunkSpace: The premise is steeped in the idea of local lore and it seems like every small town in America has its own legend. Do you think that makes the film relatable on a storytelling level?
Croft: Yeah, in the way that lore sort of connects us, for sure. That would be one of the ways in which it’s relatable. For me, at least horror movies, I don’t go on that ride to empathize my human experience. I like to be spooked. I like to see something jarring or scary. Not to say that horror movies can’t do that.

TrunkSpace: “Lycan” is described as more of a suspense thriller than a horror film. In your opinion, does it still deliver on those moments of jarring or scaring the audience?
Croft: Yeah, there is certainly a handful of moments that are really jarring, for sure. I think that’s something that people go to horror movies for. I think they like to get a little shock every now and then.

TrunkSpace: You grew up in Vermont. Did you have your own local legend?
Croft: In Vermont, the closest thing we have to something that’s lore is this Loch Ness Monster thing. 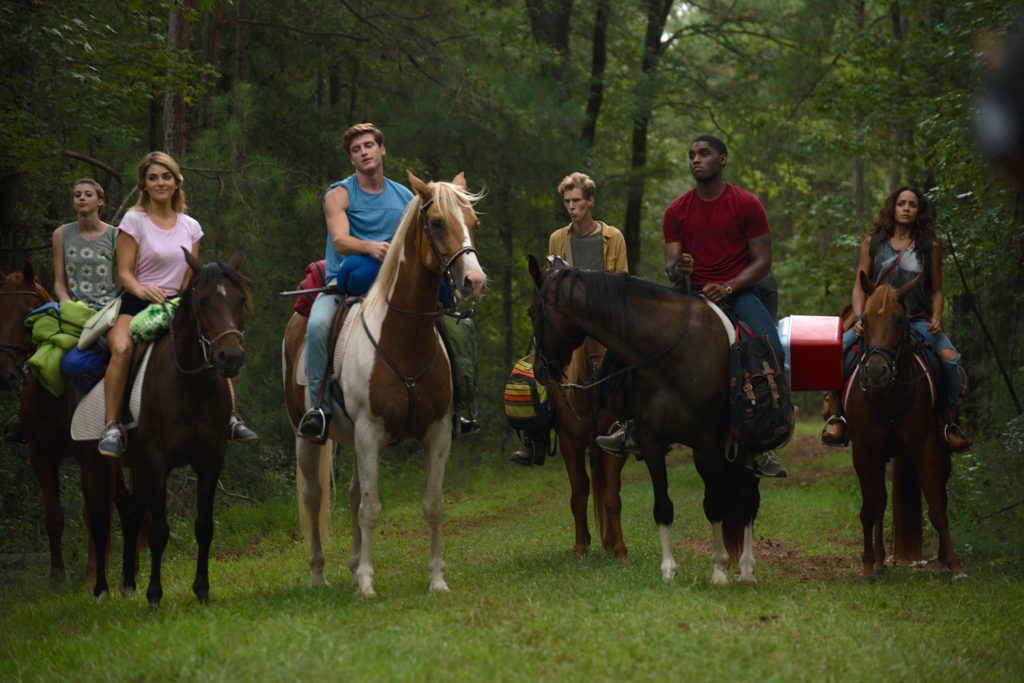 TrunkSpace: The people of Vermont really embrace Champy.
Croft: Oh yeah, Champ is all over the place. (Laughter)

TrunkSpace: “Lycan” shot on location in a very rural area of Georgia. Does shooting in seclusion… away from the big production hubs… does it help bring the cast together?
Croft: Yes, for sure, but you don’t necessarily need to be in a tent to come together. With the experience I’ve had on location, the cast bonds pretty quickly because everybody’s just got each other for the most part, and I wouldn’t say that “Lycan” was an exception. I love those guys. We got close quick.

TrunkSpace: When you’re shooting a film, particularly an indie, do you have to emotionally separate yourself from it after wrapping knowing that it could be a long time before it sees the light of day, if at all?
Croft: Oh yeah. I mean, I’ve had so many experiences where movies just didn’t even go and nothing happened. They imploded. If you’re not an integral player in every step of the process, you kind of just say goodbye to it once you finish your process. For me anyway, there are so many elements at play that I can’t control, so you think, “All right, it will come together or it won’t.” And it’s cool that this one came together, for sure. That’s no small feat for anything to come together.

TrunkSpace: As you’re now involving yourself more in the production side of things, how important is it for you to look at the ever-changing distribution landscape?
Croft: As I’ve begun the transition into making my own projects more and more, I’ve really been concentrating on different changing platforms and how they’re interacting with each other. The way that things are going, I’m actually really stoked because it seems that more and more people want original content and I’m in the business of making original content, so I have more buyers.

I think we’re entering a really cool new chapter of media because everyone can make it now.