Growing up in the midst of the Space Shuttle era, Chris Agos studied the stars as part of his curriculum in school, and although he admired the astronauts who traveled beyond the reach of most humans, he eventually decided that it wasn’t for him.

“I think I gave up completely when I learned you had to ride in one of those crazy gyroscope things until you blacked out,” he said in an exclusive interview with TrunkSpace. “As someone who gets motion sickness just by standing next to a swimming pool, I was like, ‘Nope!’”

Gyroscopes aside, Agos is now stepping into the moon boots of one of the most famous astronauts of all time, playing Buzz Aldrin in the new series “For All Mankind,” which premieres November 1 on Apple TV+.

We recently sat down with Agos to discuss the pressures of playing an icon, getting lost in Mission Control, and why he chose to write a series of books about breaking into the voice over industry.

TrunkSpace: Taking on Buzz Aldrin seems like it could be an intimidating ask of someone. Did you feel pressure going into this project knowing that you’re not only tackling someone who is an actual person, but even more so, such a WELL KNOWN person?
Agos: There was definitely some added excitement when I realized that not only would I be playing a legendary historical figure, but one that could very possibly see the performance. The way I saw it, the challenge was to do justice to the story being told in the script, while also being as accurate as possible in terms of how Buzz carried himself publicly and privately during the Apollo era. I doubled down on my research and read every book Buzz wrote, watched as many of his public appearances as I could find, and spoke at length with Mike and Denise Okuda, the show’s technical advisors, about what Buzz was like to work with in those days. Honestly, I just hope he doesn’t wrinkle his nose if and when he catches the show. And I really hope he does see it because I think he’d find it fascinating.

TrunkSpace: What type of access to Buzz did you have in order to get an understanding of the man you were going to be portraying on camera?
Agos: Buzz wasn’t involved in the show’s development, so unfortunately, I didn’t have much contact with him. We did exchange a message or two, but not until after the show wrapped production. I hope one day I can shake his hand and thank him for his endless contributions to the nation’s space program.

TrunkSpace: What would 10-year-old Chris think about his future self playing Buzz Aldrin?
Agos: 10-year-old me thought adult me was going to be a doctor, so I’d imagine my younger self would be a little confused (they have doctors in space?) but he’d also be super excited at the prospect of strapping on a real space suit and playing inside an exact replica of Columbia and Eagle, the two spacecraft that made up the Apollo 11 mission. I mean, what kid wouldn’t want to do that?

TrunkSpace: A lot of kids dream about the stars and getting to explore space. Is there a bit of a wish fulfillment aspect for you in getting to be a part of a story like this? 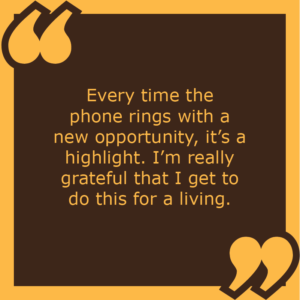 Agos: Absolutely. I grew up during the Space Shuttle era and the program was a big part of our science curriculum at school. It all seemed so exciting and interesting, but also pretty far out of my reach. The more I found out about how much you had to go through to become a real astronaut, the more it seemed like it wasn’t something I could ever actually do. I think I gave up completely when I learned you had to ride in one of those crazy gyroscope things until you blacked out. As someone who gets motion sickness just by standing next to a swimming pool, I was like, “Nope!” So, joining the cast of “For All Mankind” allowed me to pretend that I actually did get to go into space, no gyro required!

TrunkSpace: For fans, the final product of a film or series is always the most memorable part, but for those involved in a project, we’d imagine it goes much deeper than that. For you, what is something about your time working on “For All Mankind” that you’ll carry with you through the course of your life/career?
Agos: By far my most memorable moment was the first time I walked into our Mission Control set. I had seen pictures of that room in history books throughout my life, so it seemed like a familiar place before I even set foot inside of it. But I can honestly say that I have never been so awestruck by a space, ever. I’m not sure I have the words for it, other than it was surreal. It literally felt like walking through every photo I’ve ever seen of Mission Control. The set was built accurately down to the inch, and the level of detail that went into every aspect of it was over the top. It went way past the consoles and screens, which of course were perfectly recreated. But the little stuff, like the ash trays and period-correct candy wrappers really completed the look. It was like stepping into a time capsule, or a very, very accurate museum where they allow you to touch everything. I spent every bit of time I could in that room looking around because there was always some new detail to see.

TrunkSpace: “For All Mankind” will appear on Apple TV+. As an actor, has it been exciting to watch the various distribution platforms take on original scripted content, because it seems like the race between them continues to elevate the storytelling to the point where it’s almost overwhelming with how much quality television is now available to viewers.
Agos: Yeah, I don’t know how anyone keeps up with it all. What’s great about the state of TV today is all the experimentation going on. When there were fewer avenues to distribute shows, I think people were less willing to take a chance on a new concept or a new talent. Sometimes those risks really pay off, and because of that people are calling this the new Golden Age of TV. I’m not sure I agree with that label 100 percent, but I do think we’re in a time of transition. We’re starting to see new ways of telling stories along with new tech that will allow for experiences that otherwise wouldn’t be possible, and that’s what’s exciting to me. I can’t wait to see what the marriage of a tech company like Apple and great storytellers like Ron Moore will produce, now and into the future.

TrunkSpace: Is there a character you had previously spent time with – even in a guest role capacity – that you wished you had more time to explore, and if so, why that person?
Agos: Well, as a serial guest star, I’m always eager to spend more time with just about every guy I play. Writers will often give us just enough of a glimpse into their circumstances to serve the story, but no more than that. I would have liked to spend more time as the head of the President’s secret service detail on “House of Cards,” which was a bucket list show for me. It was quite an honor to not only do that show, but to play in the first scene of the first episode of its final season. I’m a huge fan of HOC and working there was truly a gift. I had hoped to see more of Agent Bowman, but there was plenty for the show to unpack that season, so I completely get why he was not a priority.

TrunkSpace: You wrote a book about breaking into voice over work that was released earlier this year. What was it that prompted you to go down that path as an author and have you heard first-hand how it has helped those looking to explore the field?
Agos: Thanks for asking. Whatever professional milestones I’ve reached thus far have only happened because of my involvement in voice over. It’s where I got started, and it led to my on-camera career. But because it’s a relatively anonymous business, it’s sort of shrouded in mystery for a lot of people. I get asked about it a lot. So, The Voice Over Startup Guide came about in response to that. It’s actually the first in a series of books on the voice over industry written by me and a bunch of my VO friends. It’s only been available for about a month, and we’ve gotten a nice response. I’ve been teaching for years, so what’s presented in the book is very similar to what I would teach in person. Between that and the audio files that come with the book, I think it’s an effective tool for learning about the industry.

TrunkSpace: What has been the highlight of your career thus far?
Agos: Every time the phone rings with a new opportunity, it’s a highlight. I’m really grateful that I get to do this for a living.

TrunkSpace: Time machine question. If you could jump ahead 10 years and get a glimpse of what your career looks like a decade from now, would you take that journey? If not, why?
Agos: Sign me up, yeah. I’m all about making decisions using the best information possible, so I’d love to see what I’d be up to in a decade. Maybe there would be steps I could take now that might hasten any success or avoid any horrible pitfalls. Plus, I’d like to see how much hair I’m going to lose between now and then, just so I know.

“For All Mankind” premieres November 1 on Apple TV+.