Chilling Out is where TrunkSpace talks all things horror and genre with those who work in the projects that give us the thrills and chills to keep coming back for more. This time out we’re chatting with Chantelle Albers, producer and star of the new film “The 6th Friend,” which is available now on VOD.

We recently sat down with Albers to discuss how women drove “The 6th Friend,” marketing a film in this content-driven marketplace, and why she goes as deep as possible with every character.

TrunkSpace: When you’re working on a project in multiple capacities as you are with “The 6th Friend,” do you feel more pressure for it to succeed and find an audience? Creatively, is there more at stake for you?
Albers: Oh definitely, it was a lot more pressure to succeed and to have the film be received well with your audience. As the producer, and the film’s financier, I felt a lot more pressure to succeed. I felt pressure to make a movie that people within the horror genre and other genres would enjoy and want to watch more than once. We wanted to reach a wide audience, which is why we stayed away from gruesome violence and made it more about the chase and having quick kills. I really wanted the audience to relate to the characters, and feel the relationship between the six women, so that when something happens to one of them we care about them. I also think it helps create the suspense and horror when the audience is connected to the characters.

TrunkSpace: What was it that drew you to “The 6th Friend” and how did you envision it fitting into today’s cinematic horror landscape?
Albers: I was drawn to the strong female aspect of it because I thought it was a good time for a film like this, and I thought it would resonate well with audiences. The heroine and the villain are 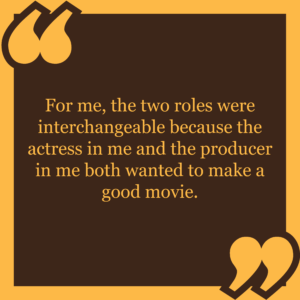 both female which makes it have this “girl power” sort of feel without being too much of a feminist film. I also was drawn to the humor, which I think there is a lot of, and it makes us connect with the storyline and the suspense that will happen moments after the laughs. It’s more of a clean horror film, in that the kills are gruesome and will make you cringe, but they don’t go on for long periods of time. There are no torture kills in the script, which I appreciated and liked. For this movie that was just not my taste due to the all-female facet.

TrunkSpace: Is there something kind of nice about working in the horror genre, because in a way, it feels like it comes with a bit of a built-in audience. Those who follow the genre seem more willing to try out a new film they haven’t heard of before rather than someone who might be interested in a drama or comedy, for example.
Albers: Oh yes, horror fans are very loyal and they do seem to have an open mind when it comes to new films and new styles of horror. Some may not always like every movie, but they will still watch it and that’s what we want. We as artists want people to see our work and be inspired and entertained by it, and the horror genre seems willing to watch and give new movies a try. I also love working in comedy and drama too. It’s hard for me to stay in just one genre because I have such a love and desire for all different acting styles and characters. I love creating all different kinds of art and that includes different movie genres. That’s where my love of producing comes into play, I love producing projects of all genres that I’m passionate about and connect with the characters.

TrunkSpace: The film won several awards on the festival circuit and built up a nice amount of word of mouth leading into its release. With so much content competition out there today, how does a film like “The 6th Friend” capture an audience and turn a casual viewer into a fan? What is the key in 2019 to breaking through the noise on any given streaming platform and being the film that gets chosen by the viewer?
Albers: I think a good way to market a movie in order to gather a fanbase is to have something to sell in your movie. People really seemed to like the fact that we are female written/directed/produced/ and have a female main cast. It sort of put us in this female film niche. We also have some cast members that are well known to the genre and their fanbase has picked up on the buzz of the film. My team and I used social media as a way to promote the film in the beginning and that was a huge help in getting word out about it. I think a major component in getting your movie seen is having really eye catching artwork that would make audiences want to choose your movie to watch. Another element is recognizable cast members and having a strong visibility on the VOD streaming sites. 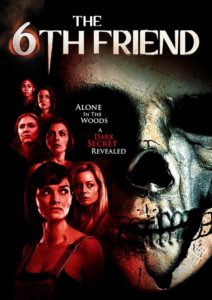 TrunkSpace: Speaking strictly to the Chantelle with the producer hat on, what lessons did you learn while filming and promoting “The 6th Friend” that you’ll apply to future projects that you step behind the camera on?
Albers: There was so much I learned and there were so many things that I know to do and not to do now that I’ve lived through it, but the biggest lesson I learned is to have patience with your project, because everything works at different paces and has different times. Sometimes we would need one thing done immediately, but we had to wait. So you shift your focus, and you start in on finishing another element that needs to be done. Filmmaking is fun and creative, and having patience and trust in the outcome of your work will help you enjoy the journey of the ride.

TrunkSpace: What has been the highlight of your career thus far?
Albers: There have been so many wonderful moments in my career both on stage and on camera, and they all were such special and unique experiences that it’s hard to pick out just one. Some of the highlights have been performing in front of thousands of people and having a standing ovation during live theater, and others were working with some incredibly talented and truthful actors that you could fall in love with. It’s also very flattering to be recognized for your work. With “The 6th Friend” we won several awards and had numerous nominations, and it was an honor to have them with a project so close to you.

TrunkSpace: Has there been a character that you’ve played that you wished you had more time to spend with, and if so, why would you have liked to inhabit that particular person just a little bit (or a lot) longer?
Albers: Whenever I play a character I go pretty deep into it, so I always end up spending more than enough time with my characters! (Laughter) I put a lot of research, character study and attention to detail in my work in order to make the characters fleshed out individuals with a strong desire and objective to accomplish what is in the script. It’s sort of like living with the character for a while. Rehearsing, researching and then finally playing always seems to fulfill my time with characters.

I maybe haven’t gotten enough of Melissa though. We’ll see if she emerges again.

A genre that I have always wanted to do is a Western! I am an avid horseback rider and I would really would love to play a sassy saloon girl who can take off on horseback out of gun fire.

TrunkSpace: We’re only about a month into the new year. Did you set any resolutions for yourself this year and if so, what is your plan to carry them out?
Albers: YES, I’m setting it right now… now that you mention it. I am going to try and take the time to meditate and read “The Stoic Philosophy” every day. I’m just going to make the time to do it!

“The 6th Friend” is available now on VOD.