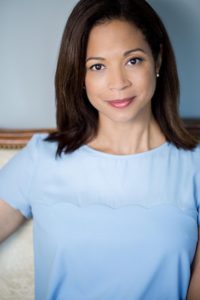 Starring in two Christmas movies this holiday season, including “Jingle Around the Clock” premiering Saturday on Hallmark Channel, Catherine Lough Haggquist has been surrounded by festive fare since September. Excited to be a part of the seasonal content consumption traditions of television viewers, the Vancouver native promises her films carry more bang for your Christmas buck than one of those yule log videos that we all can’t get enough of.

We recently sat down with Lough Haggquist about her prolonged holiday season, the reason Christmas movies continue to excite audiences, and the behind-the-scenes magic that makes “Supernatural” so successful.

TrunkSpace: We’re suckers here for a feel-good Christmas movie. You happen to be in two of them this year, “Christmas Pen Pals” and “Jingle Around the Clock.” Has your holiday season felt extended because we assume you’ve been surrounded by festive flare much longer than most of us given the production schedules of both films?
Lough Haggquist: I always love the holidays, so yes, it was great to get them started early. Usually, Christmas movies film in the summer, which makes it hard to get your Christmas jam on. In this case, we filmed “Christmas Pen Pals” in September and then “Jingle Around the Clock” just before Thanksgiving in November, so it just really felt like the holidays started early and haven’t really ended yet.

TrunkSpace: Projects like “Jingle Around the Clock” continue to grow in popularity each year, with networks like Hallmark being one of the few to build its audience. What do you think the draw is for audiences to tune into holiday films, especially in such an over-saturated market?
Lough Haggquist: I think holiday films are like holiday carols, in that they are a unique celebrations and representations of the season. In each case, you’re always looking for the new one that will become part of your holiday tradition. I know people who keep their TVs on holiday movies all day long, like other people play Christmas radio stations – as a nice way to create a holiday feeling at home – and besides, holiday films usually have better plots than the Christmas fire log video.

TrunkSpace: Television is well-known for having breakneck production schedules, but it is our understanding that films like “Jingle Around the Clock” make other television projects look like marathons. Does a quicker production schedule force you to approach performance in a different way? Do you have to try and find an understanding with your character prior to shooting your first scene?
Lough Haggquist: I think that in general when working in television, you have a shorter timeline to create than you would on a 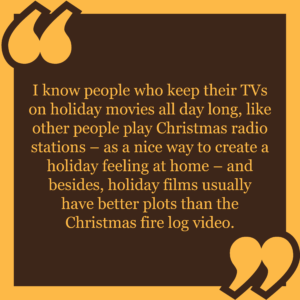 feature film. As such, you have to come prepared and in turn, you will work with others who are similarly prepared. In my case, I enjoy the fast pace, because it forces me to make clear choices quickly and it creates an interesting energy on set. The energy pushes all of us to do good work in a shorter time period. You have to bring your A-game and you have to come to slay!

TrunkSpace: Not only are we suckers for Christmas movies, but we’re also suckers for “Supernatural.” You’ve guested on the series twice over the years, playing a different character each time. From what we’ve heard, that is one of the smoothest-running series in the biz. What was your experience like working on that show at different moments in your career?
Lough Haggquist: The first time, I was a little bit thrown off by how much fun everyone was having on set. They were fully prepared and committed when it was time to shoot, but between takes, there were lots of jokes and the atmosphere was so relaxed. In television, the long days and time constraints don’t always lend themselves to that kind of working environment, so this experience was new to me at that time.

When I returned to “Supernatural” again, I knew what to expect, so not only was I welcomed back, but I got to be part of the fun, myself. I have no doubt that the show’s longevity is related in no small way to the fun and playful atmosphere that is created by the cast and crew.

TrunkSpace: How important are shows like “Supernatural” and “iZombie,” which you have also appeared on, to the acting community in and around the Vancouver area? Would it be a different landscape if such high profile shows like those and others were not actively shooting there?
Lough Haggquist: Having so many series available for actors to work on is necessary for the overall talent pool and sustainability of our creative community. With more work being available, it makes acting a viable career choice and I’m very grateful for episodic television as it’s offered regular work to myself and others.

That said, I think that the volume of film and television projects in Vancouver inspires all of us because it keeps the city vibrant with creative energy and makes everyone – whether we were actors, filmmakers, or another vital part of the industry – want to contribute and be part of it in our own respective ways.

TrunkSpace: As you look back over your career, can you pinpoint a single “big break” that took you to the next level, and if so, what was that role or project?
Lough Haggquist: I think that the project that was essentially my “big break” was when I was hired to be Holly Robinson’s stand-in on “21 Jump Street” because even though it wasn’t an acting job per se, it was the first time that I had ever had any extended exposure to the television-making process. Prior to that, I had only done commercials and a music video, and I hadn’t really had a chance to observe the process of making a television show.

That project was the first step for me towards building a meaningful network of people in the industry and there are friendships that I formed on that show that are important to me professionally and personally today.

TrunkSpace: Again, looking back over your career, what project or role taught you the most about the craft? Essentially, what job gave you more than a credit and paycheck?
Lough Haggquist: I think that the job that gave me a true insight into the craft while also offering me the most creative challenges as an actor was being able to inhabit the role of Nora on “Continuum” for three seasons.

The opportunity to work from the core of the character that we established and share her journey as new things happened around her was a great way to develop my own craft and give me many rewarding experiences along the way. 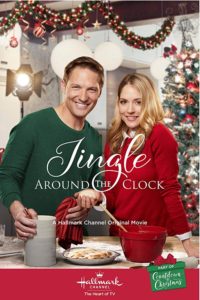 TrunkSpace: You founded Biz Books in 1996. How important has it been for you to maintain active interests in things other than on-screen work, and how do you juggle focus between the various endeavors?
Lough Haggquist: Since the beginning of my career, I have always been active in the acting and entertainment communities at large. Through this, I realized that there was a significant need in the marketplace for a local source that could provide creative types in Vancouver (and elsewhere) with essential books, plays, scripts and products that could help them along.

I started Biz Books because I wanted to lead by example in supporting my community, but my desire to support others in trying to reach their artistic dreams has also expanded into other work I’m involved with like teaching and coaching. If we aren’t supporting each other, we have already failed.

As far as focus goes, I enjoy the fact that my career has balance to it and that I’m fortunate to be able to shift between different challenges, endeavors and mindsets. Acting taps into skills that I have developed, while other activities like teaching or Biz Books bring out knowledge that I have gained that can assist others. All of these are equally rewarding to me.

TrunkSpace: What has been the highlight of your career thus far?
Lough Haggquist: The highlight of my career so far was having the opportunity to attend a fan convention in London for “Once Upon a Time.” While there, I got to meet a number of men and women who shared their stories about how “Once Upon a Time” and the characters we had created had brought them joy, entertainment, and most importantly, community.

I am still in touch with a number of people that I met there. The whole experience really re-connected me with the importance of stories and storytellers.

TrunkSpace: Time machine question. If you could jump ahead 10 years and get a glimpse of what your career looks like a decade from now, would you take that journey? If not, why?
Lough Haggquist: No, because the best part of this whole adventure is the journey, not the destination.

Jumping ahead would only show where I end up, not what brought me meaning along the way. I have arrived many places that were not nearly as amazing as the trips to get there. I want to discover and create, not anticipate and expect.

“Jingle Around the Clock” airs Saturday on Hallmark Channel.