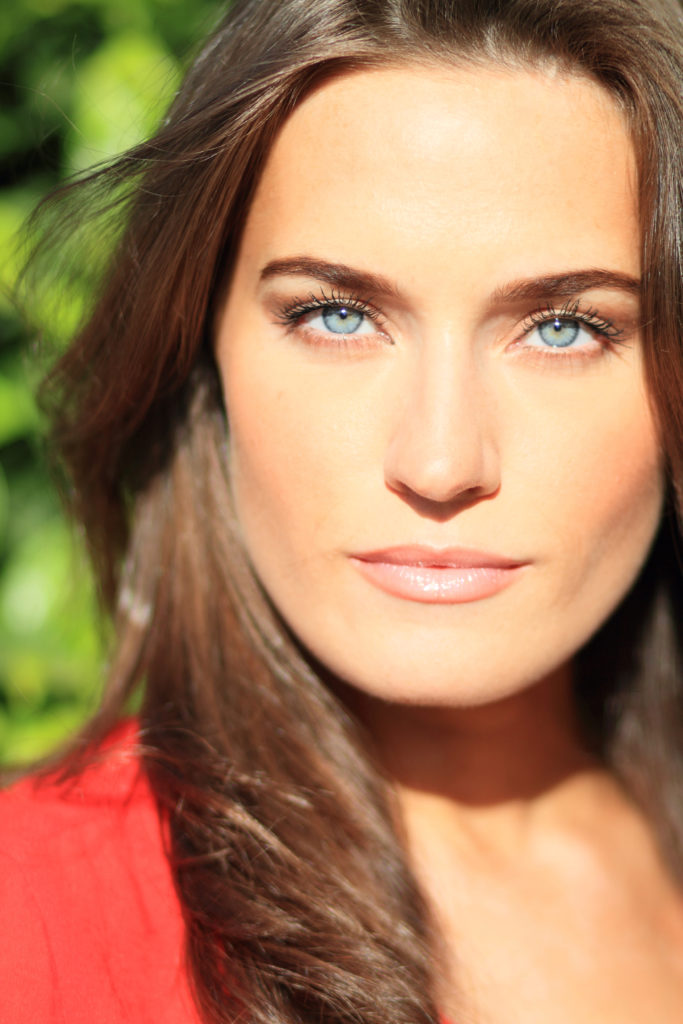 It’s not every day that such a historically significant role, one steeped in Biblical lore and legend, comes along, so when Caitlin Leahy was given the opportunity to portray Delilah in the new movie “Samson,” she opted to take a different approach to the character than we have seen in the past. Yes, Delilah tempts Samson, as is her destiny, but her motivation for setting him on such a pernicious path is not as clean cut as we have been lead to believe.

We recently sat down with Leahy to discuss Delilah’s emotional tug-o-war, how she hopes the audience views the character’s personal journey, and why she’d love to be able to pursue a career in acting and still call Chi-Town her home.

TrunkSpace: In the new film “Samson,” you’re playing the iconic Biblical character Delilah. For those familiar with her story, where does this latest version venture off? What aspects of her are entirely new?
Leahy: Delilah is generally known as Samson’s wicked temptress. In the film, Delilah’s storyline is more complex. She is pitted between Samson and Prince Rallah and walks a fine line between good and bad.

TrunkSpace: From a performance standpoint, is there a level of intimidation on your part portraying such a well-known figure? With so much history involved with Delilah, does it put pressure on you to deliver on previous perceptions of the character?
Leahy: I went in entirely with my own perspective of Delilah. My goal was to humanize her and not play her as a one-dimensional character. The weight of playing such an iconic role didn’t sink in until the film started getting a lot of buzz.

TrunkSpace: The character as it has been told for centuries deceives Samson. Her own motivations aside, did you present her as someone who enjoys her deception or are her actions a product of her circumstances? Does she have redeeming qualities that will make audiences sympathize with her?
Leahy: Her actions are most definitely a product of her circumstances. She does what she has to in order to survive. Her motivations are mostly pure throughout the film, but ultimately has to choose between love and betrayal. I hope audiences empathize with her.

TrunkSpace: There’s something “Classic Hollywood” to the look and feel of the film. The sets and wardrobe have that great Golden Age of Hollywood vibe to them. Does working on a film like “Samson” help achieve any childhood goals in terms of how you viewed the movie-making experience when you were little?
Leahy: Working on “Samson” surpassed all the dreams an actress could have about Hollywood. From filming in South Africa to the massive sets, every intricate detail really allowed this elaborate world to come to life. 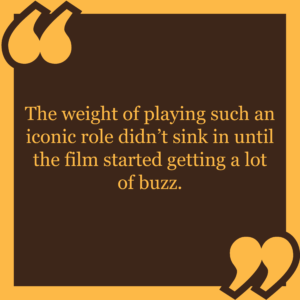 TrunkSpace: How do you personally view “Samson” as it relates to your career moving forward? Do you see it as a bit of a game changer for you in terms of the size and scope of the film/role opening more doors in the future?
Leahy: I certainly hope it opens doors for me, and I think it already has. Since shooting “Samson,” I have filmed several other projects. Most recently, I play a role in “God’s Not Dead: A Light in Darkness” coming to theaters March 30 and next I film an episode of “Grace and Frankie.”

TrunkSpace: How are you approaching your career as a whole? Are you someone who works through detailed plans on approach and initiates them, or do you let life and fate take control? In this industry in particular, is it difficult to plan too far in advance?
Leahy: I love to be in control of what the future holds, but as the expression goes, “Man plans, God laughs.” I work very hard and do everything in my power to seize opportunities as they come. That being said, I have to constantly remind myself that I can only do so much. What’s meant to be will happen.

TrunkSpace: What do you believe is your biggest strength as an actress is? What are you most comfortable with throughout the process of finding and portraying a character?
Leahy: My biggest strength is my work ethic and attention to detail. I like being prepared enough with a role that I can find the fun. There are many talented actors, but the ones that have success and longevity never lose their work ethic and are very versatile actors.

TrunkSpace: On the opposite side of that creative coin, where are you hardest on yourself as it relates to your career?
Leahy: I am harder on myself than anyone else will ever be. It is difficult to watch myself on screen and be objective about my performance. I nitpick and always find areas to improve.

TrunkSpace: You’re also a model. Was it difficult to break into acting having already established yourself as a model? We would imagine that perceptions can sometimes work against you in that those in positions to cast may view you as a model who wants to act as opposed to an actor who happens to model.
Leahy: I started acting when I young and fell into modeling when I moved to Los Angeles. Modeling has provided me with a lot of great opportunities, but my passion and dedication has always been with acting.

TrunkSpace: When you’re modeling, are you also playing a character? Do you tap into different personalities for specific shoots?
Leahy: My experience with modeling is mostly “Lifestyle” modeling which centers around selling a brand or product. Occasionally I get the opportunity to play a character, but it’s mostly smiles and likeability that they are looking for on Lifestyle shoots.

TrunkSpace: When you decided to relocate to Los Angeles from Chicago, was that a difficult decision? Did it take some soul searching to leap head first into the great unknown that is Hollywood?
Leahy: Most of the opportunities to act in film and television are in Los Angeles. I knew from a young age that moving to LA was inevitable. I have an extremely close family and leaving them was the hardest thing I have ever done. I would love to be able to live in Chicago and still act.

TrunkSpace: We read that you hope to write a screenplay in 2018. If someone came to you tomorrow and said, “Caitlin, here is a blank check… go develop a project for yourself.” What kind of film or series would you put up on the board and greenlight?
Leahy: I love playing characters that are far removed from myself. Some of my favorites female roles are Charlize Theron in “Monster” and Marion Cotillard in “La Vie en Rose.” I would love to create something in that caliber. Most recently, I’ve been thinking about writing a lighter script based on two of my sisters’ travel adventures; something along the lines of “Vicky Cristina Barcelona.”