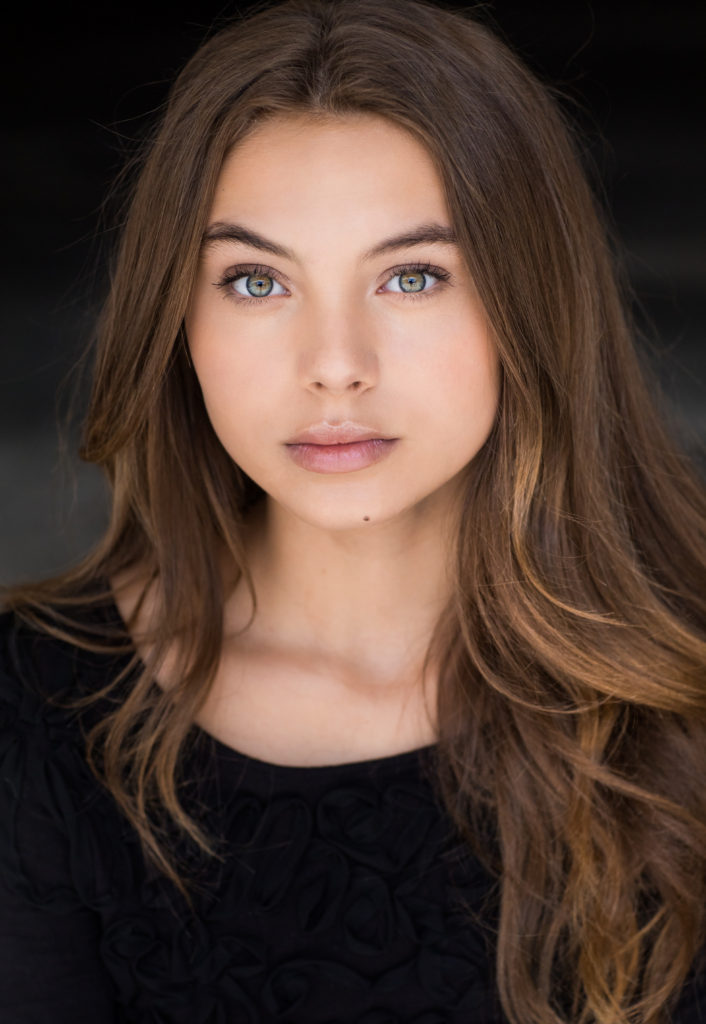 There is a new generation of young actors prepared to take over Hollywood. Standing at the forefront, already having amassed an incredibly-impressive body of work, is 13-year-old Caitlin Carmichael. Currently starring in the gritty crime drama “Wheelman” for Netflix alongside on-screen dad Frank Grillo, the Georgia native’s work can be seen next in the family drama “Epiphany” and then opposite pretty much everybody who is anybody in the upcoming Dan Fogelman film “Life Itself.”

We recently sat down with Carmichael to discuss how her recent character journeys have become more multidimensional, why she hopes to do more of her own stunts in the future, and what she expects her path to be going forward.

TrunkSpace: You’ve been working since you were very young. How has the experience changed for you since those early days and do you enjoy different aspects of acting now more than you did back then?
Carmichael: Well, I started acting when I was three and a half. Growing up I always told my mom that my favorite playground to be on was a set, because it’s always where I wanted to be, and where I wanted to spend my free time. Now that I’m older I’ve started to appreciate the art form of acting in film and television more, and I have a deeper appreciation for it. I see how it takes everyone on the set to really make this project. It takes the crew, and the cameramen or women, it takes the DP, it takes the hair and makeup team, it takes the wardrobe. It takes every single person to come together to make this project, and I’m grateful to see that and I recognize the little things more. I’ve matured in my understanding.

TrunkSpace: Have the roles themselves become more interesting as you’ve gotten older?
Carmichael: I think the older that I get, the roles become more multidimensional, in a sense. I get to show different layers in the sides that I read for my audition, or the scripts that I perform on screen. They require a deeper understanding to get into the headspace and evolve into that character on script.

TrunkSpace: You have a number of high profile projects ahead of you. From your perspective, do you feel like you’re at a turning point in your career?
Carmichael: I definitely hope so. I’ve been working for 10 years. My Netflix original movie “Wheelman” was released at midnight last night, or officially today, and I was able to do all of my own driving stunts in the movie in a 1982 Porsche 911, stick shift. That was very exciting for me. Because we filmed in a parking garage, I was able to do all my own stunts myself. I’ve worked so hard to get to where I am today and I really hope that “Wheelman” is opening a door for me to be able to do more of my own stunts in movies in the future.

TrunkSpace: And certainly there’s no better place for a creative person to be right now than with Netflix where so much of the focus is on unique content and character-driven storytelling. 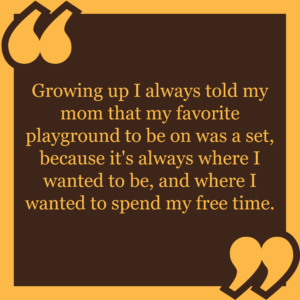 TrunkSpace: For those who haven’t seen the movie yet, can you walk us through a little bit of where your character falls into things?
Carmichael: Yes, so my dad Wheelman, AKA Frank Grillo, is the getaway driver for bank robberies. When he finds out he’s being double-crossed by two handlers, he has to call on me, his daughter Katie, to help save the day in a sense. I don’t want to spoil it, but you will get to see me drive in the movie and that is all of my own stunts. We filmed that in Boston for five weeks – entirely night shoots – so it has a very authentic feel to the setting and that really creates the tone of the movie.

It has a gritty feel, which is very authentic and natural, so that’s why that was a great choice for us, and I loved getting to work with Frank Grillo. He was the best on-screen dad I could have asked for. The way that he just embodies his character is fantastic to watch on screen.

TrunkSpace: If you look at “Wheelman” and then the other projects that you have due up, “Epiphany” and “Life Itself,” they’re all so different. From a diversity in character standpoint, that must be a nice journey to go on personally for you?
Carmichael: I think my favorite thing about acting is how the roles that I audition for, or I get to portray, are constantly changing. I always feel like I’m able to evolve into a new character. I’ve done more research now for my characters before I go on set so that I can really understand the person that I am when I step on the set and when I’m on screen.

TrunkSpace: And certainly the older that you get, the more life you live, which translates into your work.
Carmichael: Exactly. It’s great now being able to draw from my own experiences.

TrunkSpace: I mentioned “Epiphany,” which looks like a very heavy, dramatic film. Do you find yourself drawn more to dramatic roles?
Carmichael: Yes, definitely actually. I’ve worked in dramas and comedies, and all different genres since I was three, but dramatic films are particularly the ones that I’ve worked in the most and it’s just been my path. 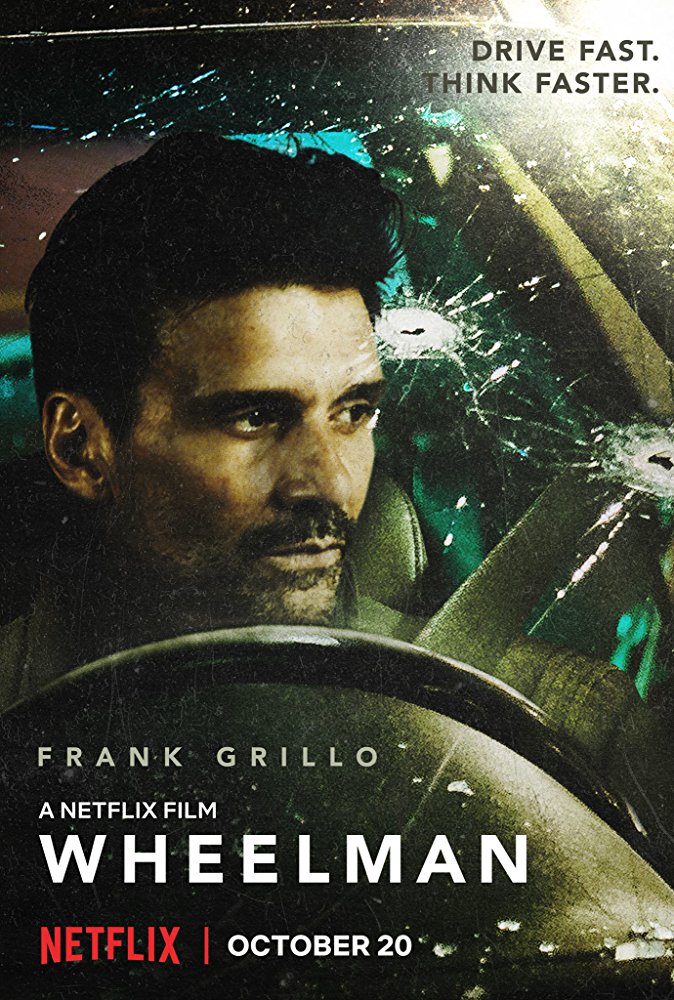 TrunkSpace: Are you someone who can leave that heaviness on set when you wrap at the end of a long day?
Carmichael: I think because I try to do a lot of research, I’m prepared to be in that headspace when I’m on screen. I’m able to leave it on set at the end of the day, and being a part of a cast and crew that’s so supportive of each other, we leave the set on a positive note and I’m able to walk away with my set family at the end of the day.

TrunkSpace: The other film we mentioned is “Life Itself,” which has about as stacked of a cast as we’ve ever seen. When you do a project like that with so many great, talented actors who have been around for such a long time, do you view it just as much as an education as you do a job?
Carmichael: I was so grateful to be a part of that cast. I played young Olivia Wilde in the movie, and I was just ecstatic when I found out that it was a Dan Fogelman movie. I’m a huge “This Is Us” fan by the way. I did a series called “Chosen” where I played Milo Ventimiglia’s daughter for three years. It felt like everything was just coming full circle when I get to work with his director and showrunner Dan Fogelman on a movie. Then getting to film in New York with all of these amazing actors and getting to be a part of that set family was just wonderful. I’m really grateful and blessed for that experience. Milo Ventimiglia encouraged me before I went to set and we were texting back and forth and it was so nice to have his support on this project.

TrunkSpace: All of Dan’s work always has this amazingly rich dialogue that is so real and steeped in emotion. Did you feel that was also the case with “Life Itself?”
Carmichael: Let me tell you, he knows how to tell a story. That is what he does best, and I think it’s gonna be beautifully and exquisitely showcased in “Life Itself.” I’m so excited to see it.

TrunkSpace: You’re still so young and yet you’ve had these incredible opportunities in your career to work on all of these amazing projects. As you look forward in your career, what kind of path do you see yourself on?
Carmichael: Acting has been my path since I was three years old, and I think it’s going to continue to be my path, my trajectory for the rest of my life. I’m so grateful to have found my thing so early and now I can really grow and work on it as I’m growing up, and I can enjoy it. Honestly it doesn’t feel like work to me, it feels like fun because it’s something that I enjoy so much. I love being on set and I always have, and I definitely see that as my path.

“Wheelman” is available now on Netflix.