It’s no surprise that we’re a bit obsessed with all things “Supernatural” here. Given that we have an entire section dedicated to the long-running series, it’s kind of obvious. The beauty of the show is that so many wonderful actors have passed in and out of the lives of the Winchester brothers after 13 seasons, introducing us to talents we may not have otherwise discovered. One of our recent favorites is Brendan Taylor, who as Officer Doug Stover, injected a smile-worthy dose of “aw shucks” into any given scene he was dropped into. That is until, SPOILER ALERT, he became a vampire and learned that monsters exist.

Taylor can also be seen returning to his role as Isaac in E!’s drama series “The Arrangement,” which kicks off Season 2 on March 11, as well as the Hallmark Channel movie “Love, Once and Always,” premiering this Saturday.

We recently sat down with Taylor to discuss what’s in store for Isaac this season, why there’s no fandom quite like the SPN Family, and how he transitioned from working in the art department to becoming an actor.

TrunkSpace: Season 2 of “The Arrangement” is set to kick off on March 11. What can we expect from your character Isaac this season and where will his impact be felt on the overall story arc of the season?
Taylor: Yes! So excited for season 2! Well, as we left off last season, Terence was starting to struggle with keeping Kyle and Megan under control and trying to be the face of the Institute, while still pushing forward his agenda and growing and expanding the organization. Last season Isaac helped Terence with both the Kygan situation, as well as with Terence’s personal struggles. And being a scientist, and trusting science over faith, he has some new ideas to help the Institute.

TrunkSpace: Issac is a scientist at The Institute of the Higher Mind. The series is a work of fiction, but it certainly plays up elements of Scientology that have been reported or rumored. Is Issac based on any of those “ripped from the headlines” tidbits that we may have read about?
Taylor: The Institute of the Higher Mind is a self-help organization that encourages introspection and constant self-evaluation in their members, and their variety of teachings and classes involve many different approaches to achieve this. Isaac who works for IHM goes about his job from a rational, tangible, scientific approach. His results are produced through research and testing. As opposed to Terence who approaches his teachings through belief and mindset, which is effective, but less quantifiable. So Isaac is a good balance to Terence.

TrunkSpace: From a performance standpoint, what was your approach with Isaac when you first read for him and how have those early choices impacted what you’re doing now in Season 2? 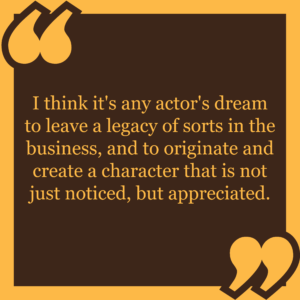 Taylor: I always played Isaac as someone who is fully aware of how smart he is, and of how much smarter he is than others. He’s often written as taking jabs at Terence, who he’s known for a long time, so I like keeping that element when playing Isaac. Friendly competition is always entertaining!

TrunkSpace: We live in a NO SPOILER ALERTS world, so it must be getting increasingly more difficult to promote a project prior to its premiere date. Is it a bit nerve-racking discussing a project and accidentally revealing details or plot points that the powers that be would not approve of?
Taylor: (Laughter) Yes, indeed it is! Finding a balance of what to say and keeping people engaged, but not saying too much can be tough! Believe me, it’s very tempting to tell you more. You’ll just have to tune in and watch.

TrunkSpace: Looking back 20 years ago, it would have been unfathomable to think that nearly every network would be seriously invested in the scripted series space. As an actor working in what many people are calling the new Golden Age of Television, is it exciting to see not only the quality of the projects being produced but the quantity?
Taylor: It’s crazy to think back 20 years ago about what we saw on TV. There is just so much to watch out there these days, and such great stuff. It’s definitely an exciting time to work as an actor. Getting on a good series is just as desirable for an actor as getting on a great film. And with all the networks and online streaming sites that produce their own content, combined with more demand for good stuff, there’s so much out there. And so much shooting in Vancouver. I’m crossing fingers for a busy year.

TrunkSpace: You’re also set to appear in the Hallmark Channel movie “Love, Once and Always.” The Hallmark Channel and Hallmark Movies & Mysteries are two of only a handful of networks that are still growing its audience. What do you think the draw is for audiences who continue to tune in week after week?
Taylor: That’s right! Such a fun shoot. Hallmark produces a consistent style of shows which are designed to appeal to a broad audience. I think there will always be a demand for wholesome, family-friendly entertainment. Sometimes we just want to watch two people fall in love, solve a crime, or share in Christmas spirit. They are always relatable, human stories that everyone can connect to.

TrunkSpace: One of the things that was a big surprise to us was that Hallmark Channel content has a rabid fandom much like genre shows. Calling themselves Hallmarkies, these loyal viewers are just as passionate as Trekkies. We know this is not your first Hallmark Channel production, so have you felt the reach of the Hallmarkies having been a part of this world before?
Taylor: (Laughter) It’s true! With social media, fans can connect and stay in touch so much easier with the content they love. I haven’t had many Hallmarkies reach out yet, but I’m ready for it! 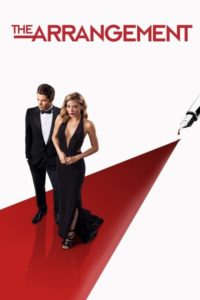 TrunkSpace: Speaking of rabid fandoms, you’ve surely felt the reach and passion of the SPN Family. How much hell did they give you when your character Officer Doug Stover recently broke Donna’s heart?
Taylor: (Laughter) Well it’s funny you see it that way. I love the SPN Family. Such a great honor to be a part of. To be honest, I was worried about the reaction to that final scene before it aired, but it was largely hopeful, and understanding by the fans. Doug is not used to the world of monsters that Donna kept from him, and just knows a simpler life as a cop. And keep in mind, he just woke up from being a vampire for like four minutes prior. It’s pretty clear that Doug loves Donna, but it’s all pretty overwhelming. Maybe he needs to get back to a simpler life, or maybe he just needs time to process it all.

TrunkSpace: “Supernatural” seems like a rarity in the business in that an actor can guest star on the series and instantly leave their mark on the universe while also being accepted by the fan base. Was that your experience?
Taylor: Absolutely! There’s nothing else quite like the “Supernatural” fandom. It’s different from say, Trekkies or “Star Wars” fans, in the sense that it’s a frequent, linear, ongoing storyline that people can tune in to. I think it’s any actor’s dream to leave a legacy of sorts in the business, and to originate and create a character that is not just noticed, but appreciated.

TrunkSpace: You started your career in Hollywood by working in the art department on such shows as “Falling Skies” and “Supernatural.” Was acting always in the cards or did life put you on a path that you didn’t originally intend?
Taylor: My first job after college was in the art department, on the cult classic “The Wicker Man” with Nicolas Cage. From then on I made connections and kept working on other films and shows in different capacities. I found acting in high school, and was naturally gifted at it and encouraged to pursue it, but I didn’t really have the confidence or believe that it was an actual thing I could do. It was always my first love, and deep down it’s what I wanted to do. I think that’s why I kept electives in college in acting and theater, and when I was done I continued with scene study classes at smaller acting schools. And when I was working on set, I would watch the actors and talk with them. It was a great gift meeting some big stars and watching them do their thing in front of my eyes. It inspired me to pursue my dream, and I would prioritize acting class, auditions, and plays. And very slowly, NOT overnight like we often hear, it became what I do all the time. It’s just taken perseverance and unwavering dedication to get there.

TrunkSpace: Finally, we read that you are a self-taught mechanic. We always felt one of the greatest real-world skill sets a person can have is being able to change his/her own oil or swap out a set of bad brake pads. Sadly, however, we can do neither. What advice can you give us on pulling on our big boy pants and making this valuable real-world knowledge a reality?
Taylor: It’s a great skill to have. I did my first oil change on my first car when I was 16, literally by following directions in a copy of “Cars for Dummies.” I was beaming with pride, after six hours or however long it took me. You got to start somewhere, right? Nowadays, we have a glorious thing called, “The school of YouTube.” There are countless great videos and tutorials online, ranging from beginner’s jobs like oil changes and brakes to swapping engines and custom fabrication. I would suggest starting there, and if you have questions about your specific vehicle, join web forums and Facebook groups to get more info. I’ve only been able to learn what I have through those means. And I’m still learning. On that note, if you’re interested, you can check out my car’s Instagram. You heard that right, @stageathegame!

“Love, Once and Always” premieres March 10 on Hallmark Channel.

“The Arrangement” returns March 11 on E!