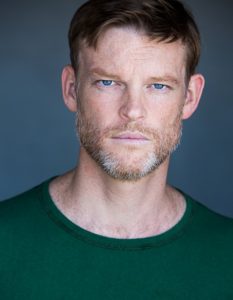 We geeked out over the series “Jericho” when it first premiered on CBS back in 2006, and although its potential was cut short due to what many believe was a premature cancellation in season 2, the doomsday drama helped set the stage for many Internet Age fandoms to come. What it also did was introduce us to a wonderful ensemble cast, including Brad Beyer who played the emotionally-driven Stanley Richmond.

Currently the Wisconsin native can be seen in the new drama “Thank You for Your Service,” based on the heart-wrenching biography by David Finkel. Exploring the difficulties experienced by a group of U.S. soldiers attempting to integrate back into civilian life, the film had a lasting effect on the actor who portrays real-world serviceman James Doster, who unfortunately died in a roadside bombing in Baghdad on September 29, 2007.

“Thank You for Your Service” opens nationwide today.

We recently sat down with Beyer to discuss the importance of the film’s message, the responsibility in representing the soldiers and their loved ones in a positive light, and what he experienced when seeing the movie for the first time.

TrunkSpace: Your series “Jericho” feels like one of the first shows to have really established that sort of modern, Internet Age fandom. It was canceled after only two seasons, but it lived on it comic books and maintained that fandom, which is pretty amazing.
Beyer: Yeah, you know, I think that show really got cut way too short. I think it sort of laid the groundwork for a lot of shows that are out now and that have been coming out, and I think it was ahead of its time. It’s really too bad that it didn’t go further. I loved that show and I loved that character.

TrunkSpace: Had social media been as prevalent then as it is now, it feels like it could have been pushed forward and stayed on 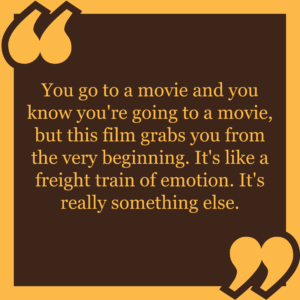 the air.
Beyer: Yeah, I think so too.

TrunkSpace: Does it surprise you when a project does or does not resonate with an audience?
Beyer: You can never really tell when you’re doing it. When we were doing “Jericho” it felt special and everybody in the cast loved one another and they loved what they were doing, but we had no idea that the fans would be so loyal and so passionate about it. That’s what you want as an actor and as an artist, is to have something you do resonate with people, but you just never know. There’s things that you do that you think are going to be great and that people are going to love that just come and go. It’s very hard to tell.

TrunkSpace: Your new film “Thank You for Your Service” opens today and it seems that the film’s message is more important than ever with everything that has been going on in our political world.
Beyer: I think the movie is very powerful without being political. It takes the stance of the soldier and it’s pro soldier. It’s not really to the right or to the left. It’s just telling a story about how our guys are coming home and they’re suffering and they’re not getting the help that they need with PTSD. I mean, 22 guys a day are taking their own lives, which is insane.

It’s a book by David Finkel, “Thank You for Your Service,” and it came out a couple of years ago. He followed this group of infantry guys, the 2-16 Infantry Battalion in Iraq, and then followed them home, and it’s telling their story of what emotional things that they’re dealing with after. They call it the After War and how much of a struggle it is for them.

TrunkSpace: And it’s really impossible to get a handle on what those men and women go through once they return… the adjustment that they must make both in their personal and professional lives due to the emotional impact of everything they have experienced.
Beyer: Yeah, I mean these guys are seeing horrible, terrible things. As soldiers, they go over there, they fight, they see death, they see children dying. Then they’re supposed to just come home and be normal. There’s no reintegration process for them into civilian life. It’s a really tough transition and it’s a thing that a lot of people don’t know about. I think this movie is shedding a light on it in a way that will open some eyes, hopefully, because our guys are dealing with a lot.

TrunkSpace: When you’re working on a project like that, which has such real world connections, do you feel like you take on more responsibility to handle the material in a particular way?
Beyer: Yes, absolutely. I think first of all, I was playing a real guy by the name of James Doster and he passed away. The movie deals with how his death effects these other guys coming home. I had the opportunity to spend time with his wife and his children in Kansas before I started filming. It’s a huge responsibility. You want to get it right. I wanted to make sure that James’ legacy is upheld and Jason (Hall), the director, did too. Everybody in this movie wanted to get it right because these are all real people with real stories and you don’t want to mess that up.

For all of the other guys that come home and are suffering from PTSD, you’re telling their story as well. The stakes were very high for all of us.

TrunkSpace: In a lot of ways, the film also doubles as a PSA in that regard.
Beyer: Absolutely. The first time I saw the movie, it wasn’t like any other movie I’ve seen. I had no idea. Your experience of making the movie and the movie itself are often very different. We were all very dedicated to doing the best we could and getting it right, but when I saw the movie, I mean, Jason made an incredible movie. It’s remarkable. It’s almost like you’re not watching a movie – it almost feels like you’re watching real life happen, which you can’t say that for a lot of movies. You go to a movie and you know you’re going to a movie, but this film grabs you from the very beginning. It’s like a freight train of emotion. It’s really something else.

TrunkSpace: And it’s great to see that because films haven’t really been saying much these days. It’s been mostly about tentpole entertainment for a long time.
Beyer: Yes, that’s the other thing. It reminded me of a movie that was made in the 70s. It’s very gritty. It’s hard to watch, but it just grabs you from the second you start watching it. And yeah, a lot of the movies now, they’re superhero movies, they’re comic book movies and those are great – everyone loves to go escape and watch those kind of movies and have a good time, but this is telling a very important story and it’s very character-driven and it’s all based on real people. It’s a whole different ballgame.

TrunkSpace: More often than not, for actors, the experience tends to be more memorable than the end product, but it sounds like for you, the film itself really had an impact?
Beyer: Yeah, when I sat down and saw the movie for the first time, when the movie ended, I was just kind of paralyzed sitting in my seat. It was so powerful and so raw. The thought of Amanda Doster, who’s played by Amy Schumer in the movie and who does a fantastic job in one of her first dramatic roles – she’s amazing – the thought of her sitting there watching that movie, it really did something to me. For any of these real people to sit there and watch this replay, it’s got to be very difficult and very emotional.

“Thank You for Your Service” is in theaters today.