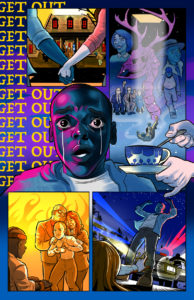 TrunkSpace: How would you describe your art style?
Matsuya: My style is expressive and full of energy. I like to use that as my guiding light rather than strict realism. I used to try and draw everything as realistically as possible, but now I would rather something feel full of life than look identical.

TrunkSpace: How important were comic books in your life growing up and is that where you discovered your love and inspiration for drawing?
Matsuya: Comics were huge for me growing up. I drew my first comic when I was around six or seven. Just a simple nine panel grid (like Tic-tac-toe) but I was hooked. I just wanted to preserve stories that my friends and I would make up.

Yes, I would say so. Drawing was just something I seemed to have a knack for, I never really thought of it too much. I suppose it was a way to channel my energy and creativity, which I am very thankful for looking back. I think it kept me out of a lot of trouble. (But I also caused some trouble to be fair!)

TrunkSpace: Was there a particular artist or title from your childhood that you remember being drawn to and inspired by?
Matsuya: So many! Jim Lee was a big one. Frank Miller’s “Dark Knight Returns.” Mark Bagley on “Ultimate Spider-Man.”

TrunkSpace: How did you decide to approach your career in comics? Did you formulate a plan of how you wanted to attack what is known for being a hard industry to crack?
Matsuya: I had no plan! There were a lot of lulls, breaks, and ups and downs. Truthfully, it is only now starting to feel like I belong and comfortably calling myself a professional comic book artist. I guess fake it ‘til you make it! And make your own comics in between gigs. As long as you’re making comics, you’re a comic book artist. 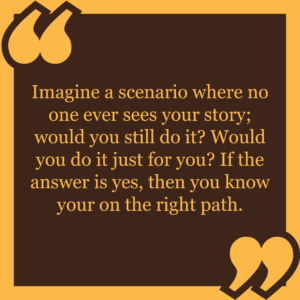 TrunkSpace: What was your biggest break in terms of a job that opened more doors for you?
Matsuya: Being the artist for “Jupiter Jet” was probably my biggest break. Working with Ashley Victoria Robinson and Jason Inman was a wonderful experience. They are amazingly talented and dream collaborators. I had a blast working on that book! Everyone should check it out.

TrunkSpace: A lot of people say that breaking into comics is the hardest part of working in comics. How long did it take you before you started to see your comic book dreams become a reality?
Matsuya: Straight out of college, I worked on a superhero-styled stage play called “No Good Deed.” I did the art for the sets, and an accompanying comic, which made me think, “Yeah, maybe I can do this for real.” It was a very validating experience.

TrunkSpace: Is there a particular character or universe you always find yourself returning to when you’re sketching or doing warm-ups?
Matsuya: I find myself often drawing characters from movies I’d recently seen or musicians from bands I like. I don’t know if that counts as a universe, but the music world is something I have always been very passionate about. I’m very jealous of anyone who has any musical ability!

TrunkSpace: Is there a specific title or character that you’d like to work on in the future and why?
Matsuya: I would love to tell a Superman story one day. I’m putting it out there in the universe! I have a stand alone story that is embarrassingly fleshed out that I would love to tell. It’s an entire arc and it contains all my favorite characters and asks all the big Superman questions: who am I, why am I here, what am I supposed to do with my life? I think a Superman story, when done well, is just about the best superhero stories the medium can offer. He’s such a human character, ironically.

TrunkSpace: What is your ultimate dream when it comes to your career in comics? Where would you like your path to lead?
Matsuya: I think if you were to ask me a couple years ago, that Superman story from the previous question would have been the pinnacle of my aspirations. But now that I’m a little older, I think my ultimate dream path would be just being able to tell my own stories and having an audience that would allow me to make a humble living. I want to tell as many stories as possible. 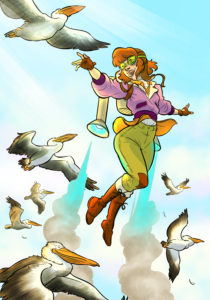 TrunkSpace: What would you say is the greatest strength as an artist?
Matsuya: The greatest strength of a comic book artist is the ability to observe and empathize. Observation is at the root of almost everything we do as comic book artists. Even something as simple as the clutter on an office desk, the landscaping in front of an apartment complex, or the layout of the local convenience store, the artist is internalizing and processing everything. You never know when you may need to draw it! And the same goes with people. The ability to empathize with others and trying to understand them is key to drawing compelling characters. If you can do that, then it doesn’t matter if your character is even from this planet, you will.

TrunkSpace: How has technology changed your process of putting ideas/script to page? Do you use the classic paper/pencil approach at all anymore?
Matsuya: Technology has changed my work process and flow immeasurably. I draw almost exclusively digitally now with a Wacom tablet and Clip Studio Paint. I only really us pen and paper when I am thumbnailing a new issue, but then I redraw everything digitally anyway. All the final art is done digitally. I’ve found that drawing digitally has tightened up my line quality and gives my art a more “finished” look. I naturally draw pretty sketchy and loose, so in a strange way drawing with a Wacom tablet has made me more confident and bold with my mark making.

TrunkSpace: What advice would you give another young aspiring artist who is considering a career in the comic industry?
Matsuya: Tell your own story. If you connect with a story, it will show up in the work. But don’t expect people to care about what you’re doing, they rarely will. Do it for yourself. Imagine a scenario where no one ever sees your story; would you still do it? Would you do it just for you? If the answer is yes, then you know your on the right path. So long story short, if you don’t mind not being rich and famous, you may have a career in comics!

TrunkSpace: Making appearances at conventions: Love it, leave it, or a combination of both?
Matsuya: I rarely make convention appearances. I try to go to at least two a year. It’s very hectic and stressful!

TrunkSpace: What is the craziest/oddest thing you’ve ever been asked to draw as a commission?
Matsuya: Great question! Probably Ben Franklin firing machine guns while riding a B-2 bomber. I guess that’s pretty weird depending on who you ask.

TrunkSpace: What else can fans of your work look forward to in 2018?
Matsuya: My brother and I are currently shopping a completed graphic novel called “Midnight Massacre.” It is a horror/comedy story set during a theme park’s Halloween extravaganza. If you’ve ever thought your boss might be the Devil (literally), then I think you will like the book.

I’m also currently working on a project with writer Sam Roads that should be announced on Kickstarter very soon. It’s a futuristic, gender-bending retelling of the story of Beowulf. I’m very excited for it! 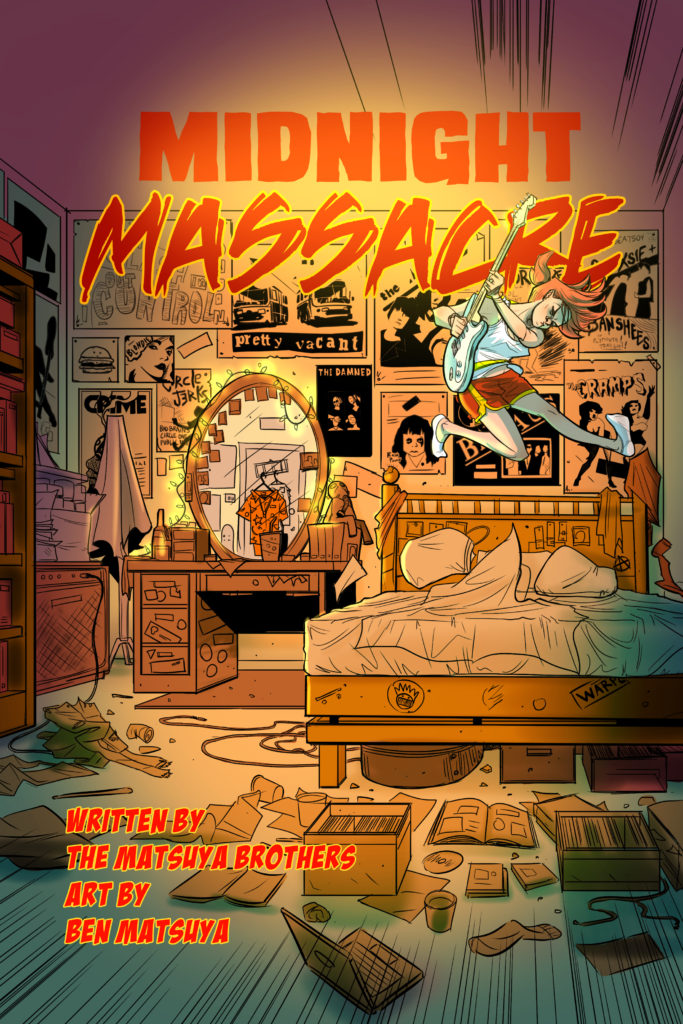