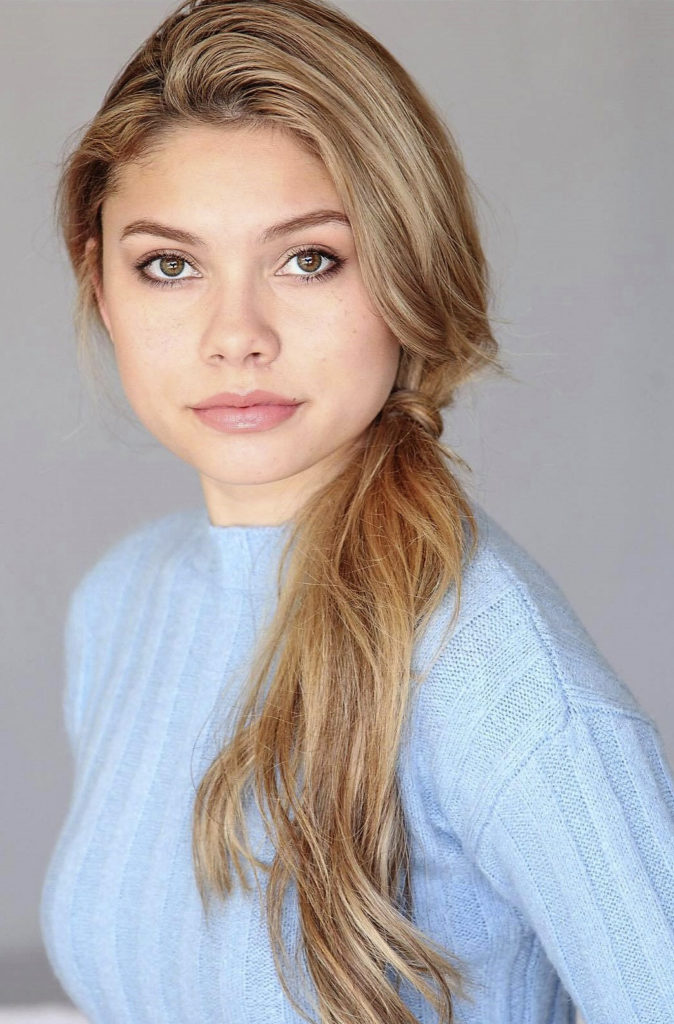 Not all content is created equal. And it’s not all distributed the same way either. Us old-timers – the pop culture obsessed who were raised on Saturday morning cartoons and sit-down sitcoms – we’re not yet hip, at least not entirely so, to the various streaming platforms churning out quality programming not named Netflix, Prime, or Hulu… but our kids are.

And that’s where Brat comes in. The digital studio and network with nearly two million subscribers is the HBO of tweens, and with their new highly-anticipated YouTube series “A Girl Named Jo,” they’re poised to steal the eyeballs of young adults all over the country throughout the July 4th holiday.

We recently sat down with “A Girl Named Jo” star Bella Shepard to discuss balancing her education and career, what she feels is the biggest draw of the series, and why she wants to make it clear that she is nothing like her character Alice.

TrunkSpace: You’re currently juggling a career in the entertainment industry while also attending high school. What approach are you taking to finding that balance between both areas of your life?
Shepard: I actually was able to graduate early from high school. It was difficult to manage working with school, but I did an online program that allowed me to work extra on my days off, and the weekends. Education is very important to me, so as soon as I graduated, I decided to take at least one college course per semester, (I just finished math!) that way, I’ll have several classes under my belt when most of my friends are just graduating from high school.

TrunkSpace: That is great. Congrats on graduating! Your new series “A Girl Named Jo” premieres in just a few short days. What emotions are racing through your mind as you gear up to have the show released to the world?
Shepard: I’m very excited for the fans to get invested into the storyline. It’s new, and there is nothing out there like it! I’m nervous because I hope they like it, and I hope they realize I’m not Alice! I’m also proud because we put so much work into the show.

TrunkSpace: The series is a period drama that takes place in 1963. When you’re working on something that, story wise, takes place decades before you were born… how do you go about relating to the time period? Did you do research on that era to try and find Alice’s place in the world?
Shepard: Wardrobe helped set the mood and helped inspire me. My grandma was actually in high school in 1963 and she sent me yearbook pictures and told me stories – it was cool.

TrunkSpace: For those who aren’t familiar with the series yet, can you tell us a bit about the premise and where Alice falls into 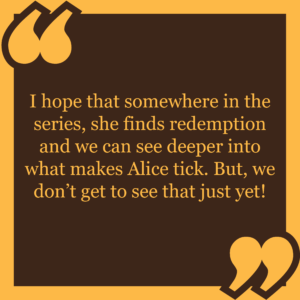 the overall story? We know she is a “mean girl” but just how mean is she?
Shepard: She’s so mean! Alice is a friend to Cathy but becomes jealous when Cathy starts a new friendship. She is manipulative and always seems to have selfish motives. She is caught doing something she REALLY shouldn’t be, and it sets the tone for the way she tries to get back at people. I think she’s actually feeling so guilty about what she did, that she is acting out.

TrunkSpace: You’ve spent eight episodes with Alice so far. From what you know of her, what aspects of her personality do you enjoy tapping into the most? What excites you about getting to play Alice?
Shepard: Well, because she’s so opposite of me, it’s fun to play that part of her. I hope that somewhere in the series, she finds redemption and we can see deeper into what makes Alice tick. But, we don’t get to see that just yet! I also love her sense of style, her clothes are super fun. I also got to change physically by dying my hair blonde – I’m naturally a brunette!

TrunkSpace: “A Girl Named Jo” will air on the digital network Brat. While the network certainly has its fans (nearly two million subscribers) do you think the biggest challenge to the series right now is just letting people know that the show exists and where/when it will air, especially given how much other great content is out there in the world today?
Shepard: Brat has such a huge following, and the fact that the way people, especially my age, are viewing content has changed so much, that I really don’t think it will have trouble being seen. I actually think it will spread like wildfire, especially if the fans like it! Annie (LeBlanc) and Addison (Riecke), the stars of the show, have such a great, loyal, wonderful fan base. They are excited! I’m so excited too!

TrunkSpace: What do you think the biggest strength of “A Girl Named Jo” is in terms of it capturing an audience? What is going to suck people in and keep them watching?
Shepard: The fact that it’s set in the ‘60s is different and fun. Also the fact that it is a mystery, gives the viewers the ability to invest in the story. I think a lot of shows don’t give fans enough credit sometimes, they don’t think the viewers want to see something with a little more depth, especially the early and mid teens. Brat really gives them a story to sink their teeth into with this show and I think they will have fun trying to solve the mystery, even if Alice gets in their way! 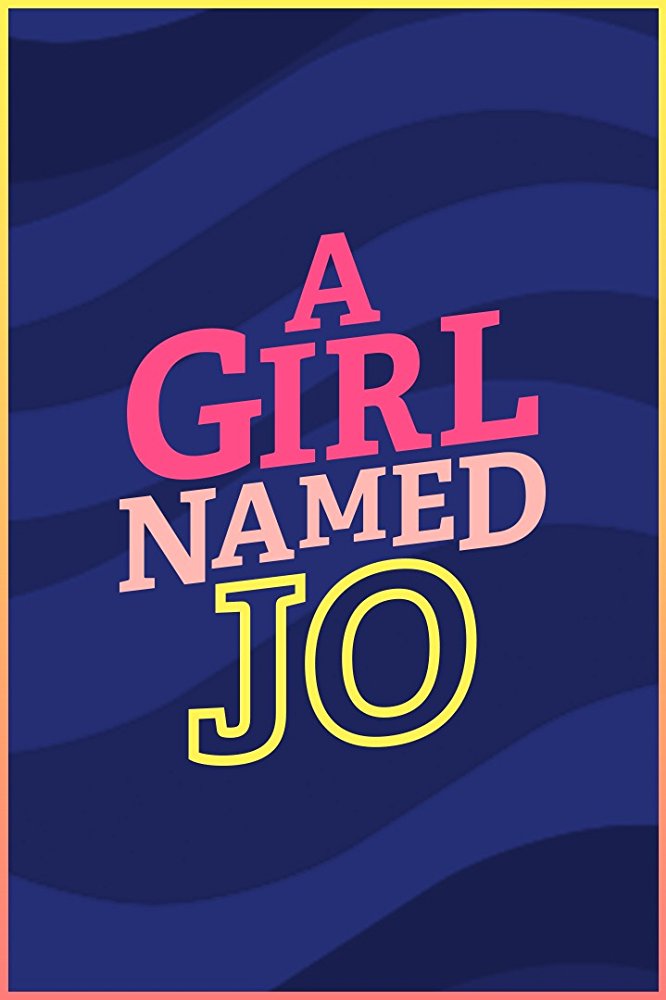 TrunkSpace: If fame came knocking on your door tomorrow and suddenly everyone knew your name and wanted to know exactly what you were up to in your private life, is that something that you would be comfortable with? Does the spotlight have its share of pros and cons?
Shepard: Of course there are pros and cons. I know what I am signing up for in this business. I think there needs to be a good amount of access for the fans, and that’s okay with me. My grandparents live in Michigan, and I grew up there, and if it ever gets too much, I can go there and retreat into my room at their house.

TrunkSpace: What kind of career do you want to have? Is your focus solely on acting or do you see yourself branching out and taking on other roles within the entertainment industry?
Shepard: I’m 100 percent sure that I want to be an actress for life. I have no doubt about that. I love developing characters and being able to do this for a living. I can’t see myself doing anything else. I’d like to have a career like Meryl Streep, Debbie Reynolds, Betty White, Jane Fonda, Lily Tomlin, Jodie Foster – iconic through every generation, and they produced amazing work whether it was comedy, or theatrical.

TrunkSpace: Hollywood and the business can be a weird and wild world. How do you stay grounded, especially being so young, and focused on your life and career goals? How do you block out all of the industry hype and noise that can cloud people’s vision?
Shepard: I constantly remind myself who I am, what I’m here for, what I want for my future. I also try to surround myself with genuine positive energy, like my family. Grounding myself can be as simple as being quiet and petting my dogs, or my guinea pigs. I also go to my acting class. My teacher, Saxon, has small, meaningful classes. She really inspires me.

“A Girl Named Jo” premieres July 3 on the Brat network.