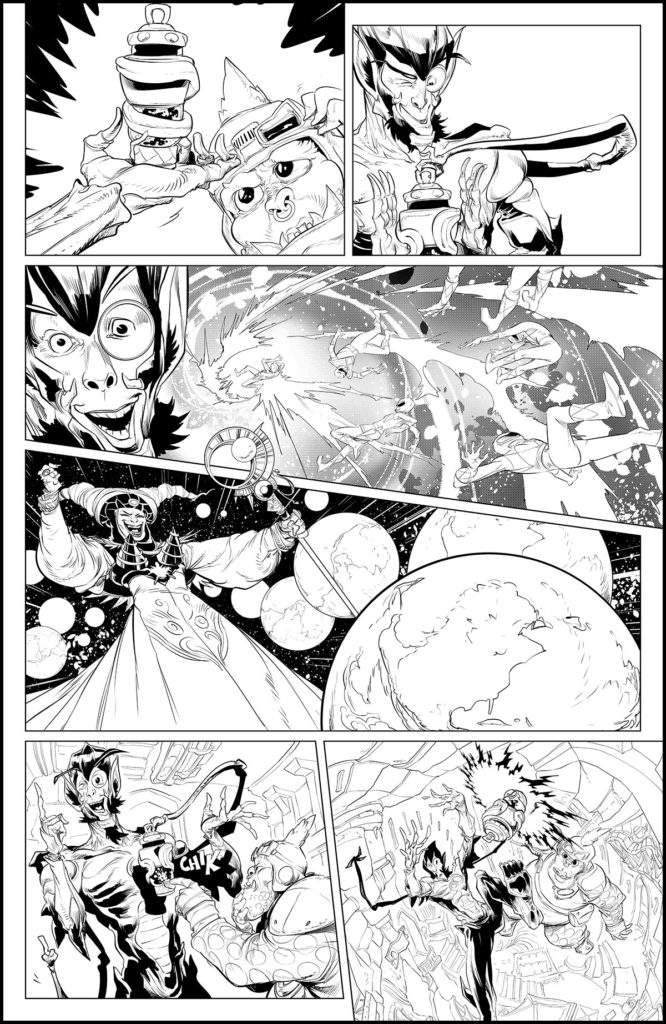 Website: I’m all over the place. Probably best to just go here. You’ll see there my two active webcomics and my Patreon. Other than that, my Instagram is here.

Favorite Comic Book Character Growing Up: Asterix the Gaul. (Followed by Valerian and Lucky Luke. My mom was into French comics.)

Favorite Comic Book Character Now: Never really had one. I’m a fan of artists and authors – characters never were that important to me.

Latest Work: 2018 was really active. I did two comics for Marvel: Monsters Unleashed #10 and Hulk #11 with Mariko Tamaki. And I did the backup ‘light’ story in Boom’s Power Rangers. Plus, my two webcomics.

TrunkSpace: How would you describe your art style?
Bachan: Too European to be American, too American to be European. Nuveau-Mexican? Whimsical?

Not totally cartoony, not totally realistic. Whenever I try to do “serious” stuff it looks sort of “light.” I’ve given up trying to define my work.

TrunkSpace: How important were comic books in your life growing up and is that where you discovered your love and inspiration for drawing?
Bachan: VERY important, even before I knew exactly what they were. I was fortunate in that both my parents were into comics. My mom was into French Bande Dessinée and my dad into Charlie Brown (Peanuts) and OLD MAD Magazine. (Kurtzman) I grew up watching all those things and trying to draw what I saw. And I say “watching” instead of “reading” because back then I didn’t understand either French or English. It was just a totally visual experience.

TrunkSpace: Was there a particular artist or title from your childhood that you remember being drawn to and inspired by?
Bachan: Really early on I was both creeped out and fascinated by the old Harvey Kurtzman MAD, particularly the Wally Wood stories. Then, as a kid, I got Spanish language translations of French comics, and loved those. I spent a lot of time drawing but I didn’t think I would DO 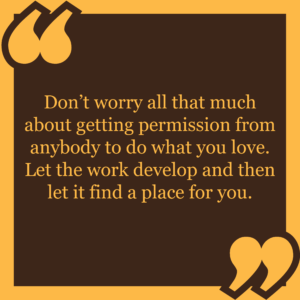 comics. I always thought I would end up as an architect or engineer.

When I was 15, I came across superhero comics for the first time – DC mostly – and got really impressed, particularly with the work of John Byrne, Alan Davis and later, with Arthur Adams and his old stuff like Longshot. That’s when I decided I wanted to do this for a living.

TrunkSpace: How did you decide to approach your career in comics? Did you formulate a plan of how you wanted to attack what is known for being a hard industry to crack?
Bachan: Not really. I didn’t think I would get to enter the American industry. Back then there was no internet and no real contact with the business outside of my country… Mexico, by the way. So all I wanted was to do comics here. I got my first job when I was 18 drawing in Novedades publishers here. I was nowhere near competent, but they produced so many comics back then, that they had really low quality standards, so I got in relatively quickly.

TrunkSpace: What was your biggest break in terms of a job that opened more doors for you?
Bachan: I’m not sure I’ve had a big break as such. It’s been more like a very long list of better opportunities that start and then stop. But the next time I start again, I somehow end up in a better place. It’s been extremely gradual for me. And it still feels like a struggle sometimes.

TrunkSpace: A lot of people say that breaking into comics is the hardest part of working in comics. How long did it take you before you started to see your comic book dreams become a reality?
Bachan: I think the big thing for me was coming to the realization that I don’t need to convince anybody for me to do comics. Comics are just printed paper joined together with staples. I stopped trying to convince people that I was good, and just did fanzines. Those fanzines then became my portfolio and that work ended up opening doors, sometimes without me even trying. It’s the same thing today, only it’s webcomics instead of fanzines. I never spent a lot of time in the public relations part of this.

TrunkSpace: Is there a particular character or universe you always find yourself returning to when you’re sketching or doing warm-ups?
Bachan: Yeah. Bulbo. He’s just too easy to draw.

TrunkSpace: Is there a specific title or character that you’d like to work on in the future and why?
Bachan: I’d love to do Judge Dredd some day. I love the tone of that universe. Again, not quite so realistic or serious, but not that cartoony either. I’m really attracted to that in comics.

TrunkSpace: What is your ultimate dream when it comes to your career in comics? Where would you like your path to lead?
Bachan: Basically, I’d love to just do comics and live off of that instead of splitting my time doing storyboards or animatics for advertising. (That takes about 75 percent of my time drawing.) If I could do that with my own characters, and stories to boot… that would be THE DREAM!

TrunkSpace: What would you say is the greatest strength as an artist?
Bachan: The two things that kept me working all this years are speed and adaptability. And I think I can make my characters ‘act’ convincingly. 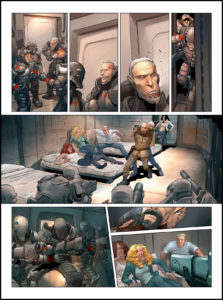 TrunkSpace: How has technology changed your process of putting ideas/script to page? Do you use the classic paper/pencil approach at all anymore?
Bachan: Not really. I went full digital back in 2006, and haven’t looked back since. I even still draw on an Intuos Wacom tablet. I developed the skill to draw looking at the screen while my hand is drawing out of my sight. I don’t think that’s needed anymore, but I still do it.

TrunkSpace: What advice would you give another young aspiring artist who is considering a career in the comic industry?
Bachan: Based on my experience, to just start. Do a webcomic, produce a LOT. Don’t worry all that much about getting permission from anybody to do what you love. Let the work develop and then let it find a place for you.

TrunkSpace: Making appearances at conventions: Love it, leave it, or a combination of both?
Bachan: Used to love it, now I’m a bit tired of it. But I love the opportunity conventions give me to meet peers and learn different ways to do stuff. Nowadays it’s the social element of conventions that keep me going to them.

TrunkSpace: What is the craziest/oddest thing you’ve ever been asked to draw as a commission?
Bachan: Two of my characters (male demons) kissing each other. (In my mind they had always been brothers – it never crossed my mind that readers would see them as lovers!)

TrunkSpace: What else can fans of your work look forward to in 2019?
Bachan: I’m finishing the third part – and final – of Nirta Omirli. A science fiction series I’ve been working for AGES for Humanoids Publishing in France, written by the amazing JD Morvan. That should come out before the year ends.

Oh! And the second Bill & Ted book is about to come out in less than a week… I think! 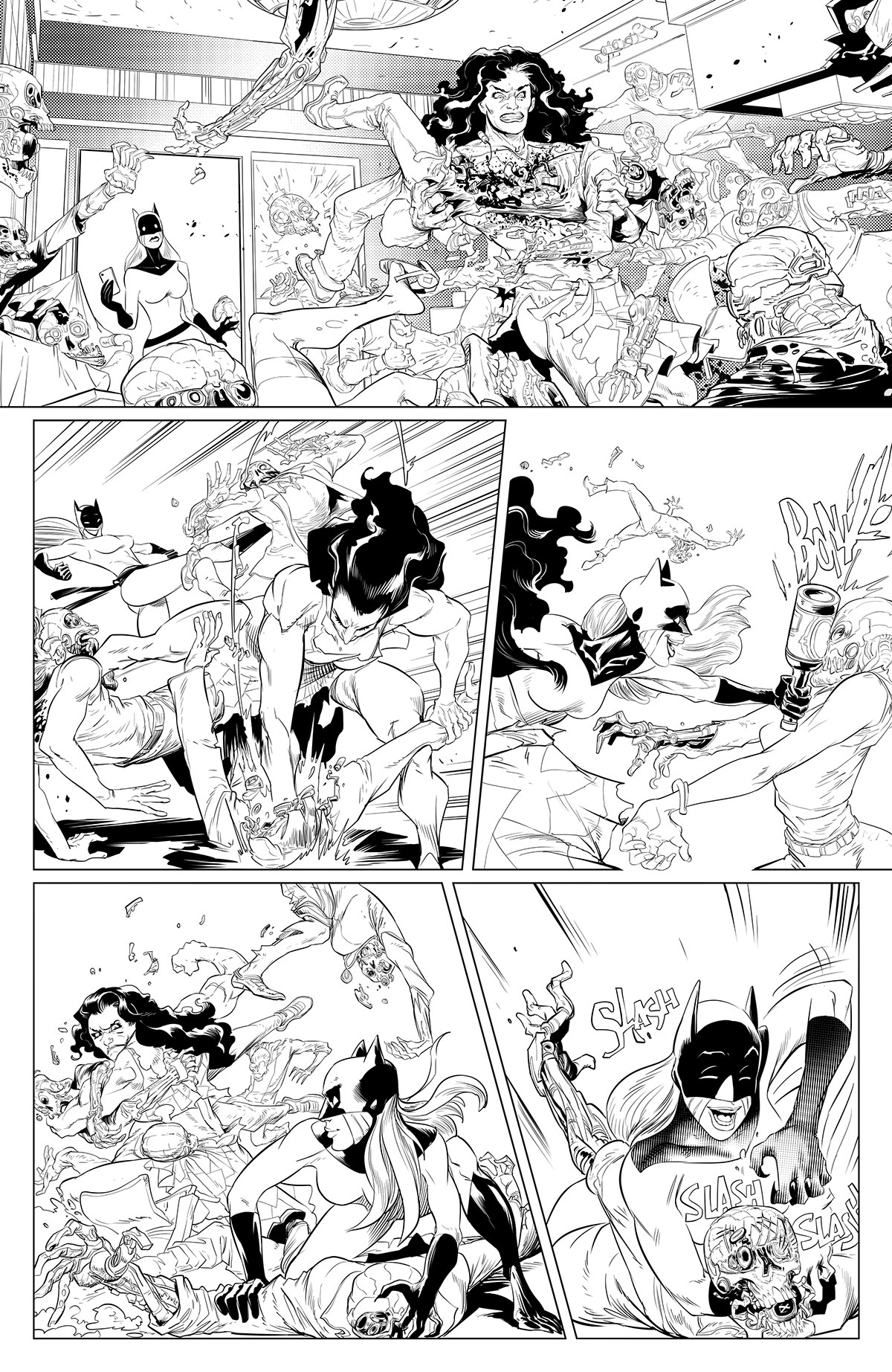