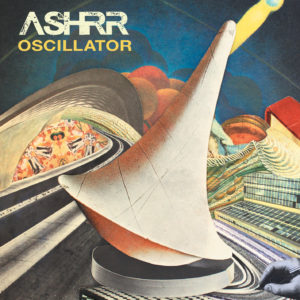 TrunkSpace: Ashrr formed in early 2018 and you will already be releasing your debut album, “Oscillator,” just over a year later on May 10. Creatively did everything just click right away when you first came together musically?
Charles: It was instant chemistry when we met and started working together. We just started writing songs and a real camaraderie developed which made it very apparent to us that this was very special.

TrunkSpace: Can you tell us a little bit about what the creative process was like leading up to “Oscillator,” especially with it all coming together so quickly. Were you continuing to bring new material to the table while laying the foundation for what the album would ultimately become?
Charles: Our process involved Ethan (Allen) and myself working together in the studio to create feels, sounds, grooves – and melodic ideas would emerge from our subconscious (nonsense lyrics) until we all got together and wrote the lyrics to the songs. It was a year in the making so I’m not so sure that’s quick… 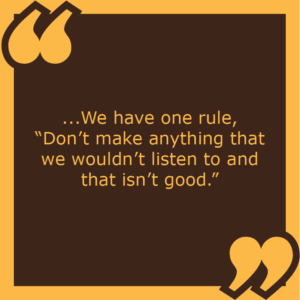 Charles: When you listen to “Oscillator,” there’s a cohesive sound and feel that works on both a musical and lyrical level. We’re just so proud of the material and all the work that went into making the album.

TrunkSpace: The band recently released the single “All Yours All Mine.” What does that track say to listeners who are hearing Ashrr for the first time? Why did you choose that particular song as the tease of what’s to come?
Charles: We call that song an electrified public service announcement because of not only the lyrics, but the music has a vibe that goes throughout and really becomes hypnotic and draws you in as a listener.

TrunkSpace: What do you get being in a band that you couldn’t achieve in a solo capacity? Does the creativity of everyone else fuel your own creativity?
Charles: You can’t rely just on your own gut instincts and there has to be a consensus among the band in everything we make. In other words, we have one rule, “Don’t make anything that we wouldn’t listen to and that isn’t good.”

TrunkSpace: You guys all have very different musical backgrounds. How did those different creative points of view influence the collective Ashrr sound?
Charles: We’re all adults and that helps when discussing things we like or dislike, allowing for creative energy to flourish without confrontation. Everyone has a very strong opinion about what we like and we’re in a safe space where we’re able to express how we feel and somehow always reach a compromise without sacrifice. 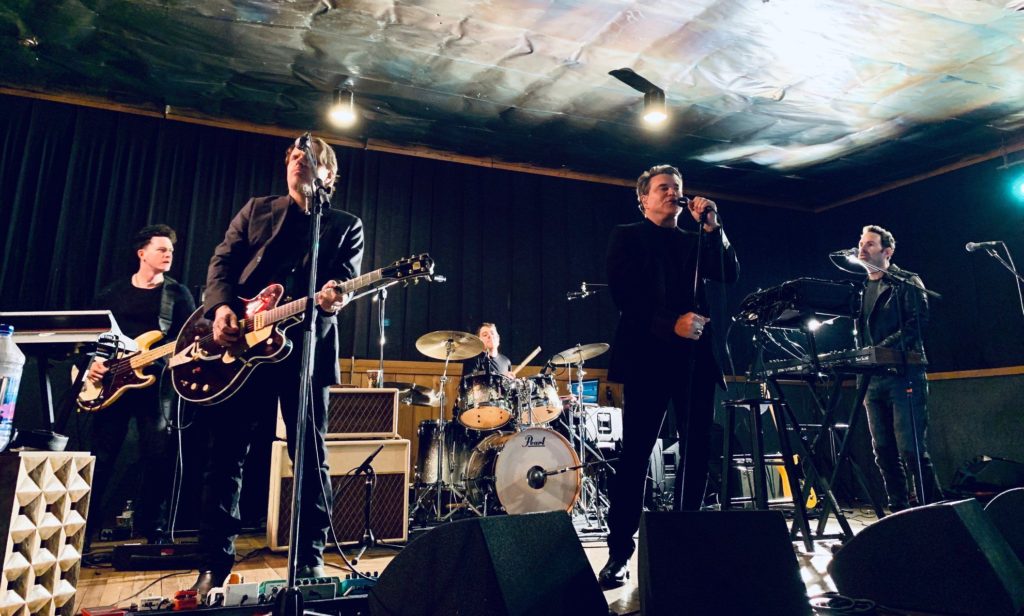 TrunkSpace: Is the Ashrr sound set in sonic stone or do you envision it branching out into something uniquely different as time goes on? Will the next album be a departure from “Oscillator” or more of a companion?
Charles: I think we’re always going to challenge ourselves to produce the best art we can possibly make and we have such a wide array of influences that it’s limitless to what we’re capable of making in the studio. The live band will be used more in the next recordings but each song on “Oscillator” sounds different, so I think our sound is really starting to emerge in a beautiful way.

TrunkSpace: What has been the highlight of your career thus far?
Charles: I’ve had some great moments as a solo artist including recording and performing with my heroes, including John Oates, etc. I can say right now I’m so excited about our band and I can’t wait to get on the road and take this music to the people.

TrunkSpace: Time machine question. If you could jump ahead 10 years and get a glimpse of what your career looks like a decade from now, would you take that journey? If not, why?
Charles: I wouldn’t want to be doing anything else, so YES!

“Oscillator” is available May 10.