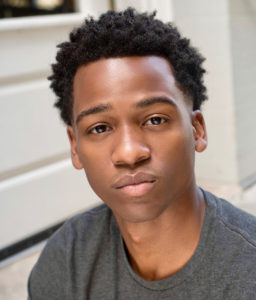 Rising star Antonio J Bell is having himself quite a run. Not only has he been appearing in the Oprah Winfrey-produced series “Greenleaf,” but he’s also serving as the lead in the new Spike Lee-executive produced film “Nigerian Prince,” which premiered at TriBeCa Film Festival just a few weeks ago. The dramatic thriller, directed by Faraday Okoro, is the first winner of AT&T’s Untold Stories program, which was created to support underrepresented filmmakers within the industry. (Okoro received a $1 million dollar grant from AT&T to produce the film.)

We recently sat down with Bell to discuss his experience shooting “Nigerian Prince,” how he imagined himself at 17 to tap into the character, and why he’s treating each job as a learning experience.

TrunkSpace: When you’re starring in a film that is executive produced by Spike Lee, is it hard not to imagine that job being a career game changer? And if so, is it still important to tamper expectations in how it will directly impact your career because, at least from an outside perspective, it seems like there are so many factors out of your control in this particular industry?
Bell: Spike Lee is a LEGEND so it was really special to be in a film with his name attached. When I first started acting, I never imagined I would be in a project alongside and executive produced by Oprah Winfrey (“Greenleaf”) or in a feature film executive produced by Spike Lee.

All I can control is my work. I just have to trust God and have faith that everything will work out in the end. As long as I’m continuously making forward progress, I’m good!

TrunkSpace: What did you take from the experience of shooting “Nigerian Prince” that will stay with you for the rest of your life?
Bell: There was a lot of magic that happened behind the scenes. I never traveled outside of the U.S. before this film. For my first feature, as a leading man, to be working in Nigeria was really exciting for me. This film sparked my curiosity. It made me want to discover more about my own identity as an African-American. I want to learn as much as I can about African history and to be able to travel the world. From the shooting experience specifically, I’ve learned to really enjoy the process. Sure, I have to do my job. However, I also need to take everything in around me because films like this come around once in a lifetime.

TrunkSpace: Your character Eze seems like a very complicated guy with many layers that you could spend hours peeling back. From a performance standpoint, how did you approach inhabiting him? 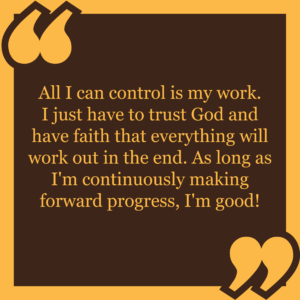 Bell: It was about tapping in to what it was like to be 17 again. I remembered what was important to me at 17 and realized that Eze will be missing out on what he feels will be the most important year of his life – his senior year. He will miss his friends, his crush, and won’t be able to play sports in his final year in high school.

I listened to the music that I grew up on, which really helped recall the emotions that I felt at that age. I spent time doing the things I liked to do back then, like play video games or go to the mall. I was able to spend some time in New York, to get a feel of the places Eze may have grown up and to explore his world.

TrunkSpace: Not only is the film a great story, but how it eventually got made is also really noteworthy. For you, did it feel like you were working on something special when you came on board and began the process of portraying Eze?
Bell: 100 percent! This is the inaugural film for the AT&T Untold Stories initiative. So, I knew it wasn’t only important for us, but equally important for artists everywhere! If this film does well it will open up doors for other filmmakers to get to see their stories financed. I personally want to see more diverse representation in film. I want to see all of the complexities of people in the U.S. displayed in film. Whether they are Latino-American, Asian-American, African-American, Native/Indigenous-American, Indian-American, etc. More of these stories NEED to be told.

TrunkSpace: In addition to working with Spike Lee, as mentioned, you have also worked with Oprah Winfrey on the series “Greenleaf.” Have you been viewing this run of jobs as just as much an education as it is acting, because when you’re working alongside some of the most successful in their field, there must be a desire to absorb knowledge and learn from their experience as well, correct?
Bell: Absolutely! The great thing about “Greenleaf” is that the cast has so much experience. It’s literally a masterclass every day when you get to watch Keith David and Lynn Whitfield work their magic in a scene. Having Merle Dandrige and studying her choices. Having lunch with Lammar Rucker and discussing longevity in this field. I could go on and on, but they are all so passionate about helping the younger actors develop and hone their craft.

TrunkSpace: People would line up for days to work with either Spike Lee or Oprah Winfrey, but who are some names that you’d like to work with in the future and why?
Bell: That’s a long list! I would love to work with Will Smith, Mahershala Ali, Ryan Coogler, Ava Duverney, Sterling K. Brown, Denzel Washington. All of these artists are masters of their craft. I feel like I can learn a lot from them. 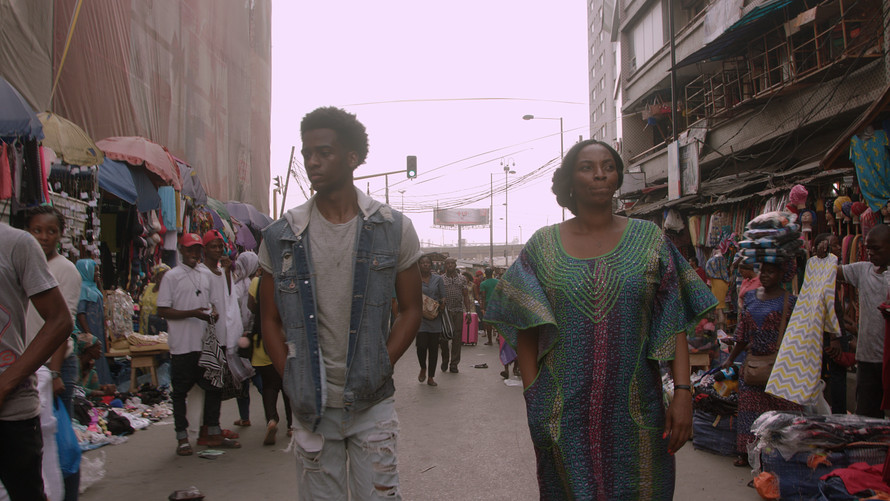 TrunkSpace: Your father worked in craft services and you spent a lot of time on sets with him as a kid. How much of that – watching and absorbing – do you think inspired you to pursue acting?
Bell: It was all about seeing myself represented in television and film at that age (8 years old). There was a kid I met on set when my dad was working on “The Parkers.” Christopher Massey, I believe. When I met him – just seeing a kid that looked like me, was the same age as me, being able to talk to him – it really made me believe it was possible even to be an actor. That’s why representation is so important. Kids need examples that they can relate to. That is the only way to really inspire them to take that step.

TrunkSpace: What is the ultimate dream for you? Do you have a “best case scenario” in your mind for how you’d like to see your career play out?
Bell: I just want to tell great stories and inspire the next generation. I want other kids who come from places similar to where I grew up to realize their potential.

TrunkSpace: For the kids who are visiting sets with their own dads and finding inspiration through watching you work, what advice would you give them when it comes to achieving their dreams?
Bell: You can create your own reality. One of my favorite books is “The Alchemist” by Paulo Coehlo. “When you want something, all the universe conspires in helping you to achieve it.” I hope when they see me they believe that their dreams are possible. That’s what I want to represent.