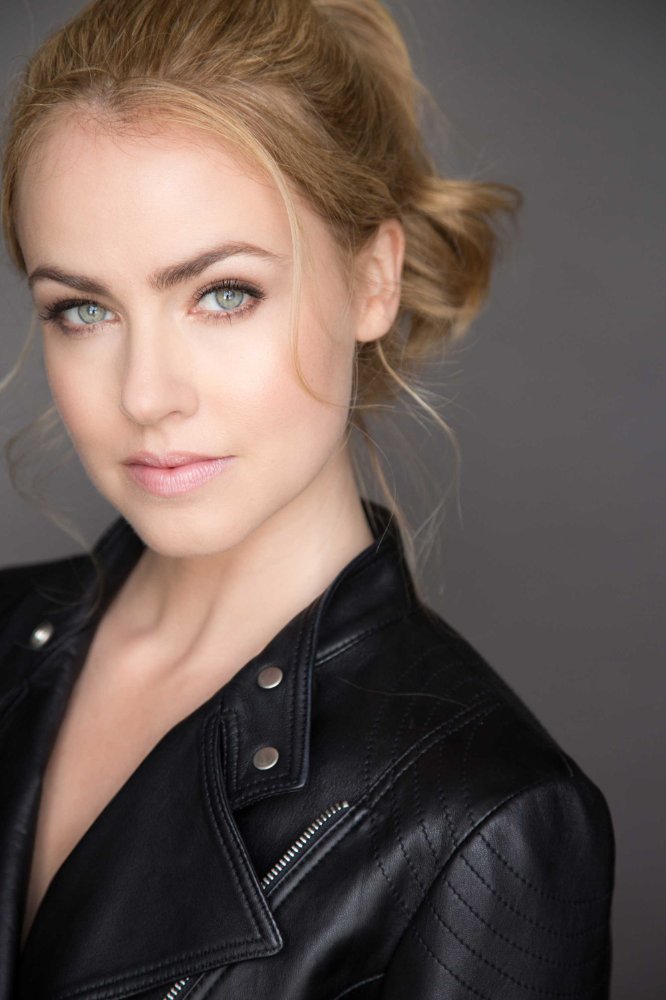 Times change, and in certain fictional circumstances, Amanda Schull has had a hand in it. As Dr. Cassandra Railly in the SYFY series “12 Monkeys,” the Honolulu native has been traveling through time for three season (the fourth and final kicks off later this year), doing her very best to save humanity from its own premature swan song. It’s dramatic, mind-bending television, often dark and emotional, so it’s exciting to see Schull taking a break  from the future to live in the present with Hallmark Channel’s latest movie, “Love, Once and Always,” which premieres this Saturday.

Eager to take on a playful role and banter on screen with her costar Peter Porte, the actress stars as Lucy, a London transplant who must return home to Rhode Island after learning that her beloved great aunt has passed away. With half of the family estate left to her and the other half to Duncan (Porte), son of the estate’s caretakers, a forgotten romance springs anew and takes both of them by surprise.

We recently sat down with Schull to discuss if she’s living out her dream, the beautiful experience she had working with Hallmark Channel for the first time, and why her costars think she’s having too much fun on set.

TrunkSpace: Looking at the projects that you’ve been working on over the last year or so – “12 Monkeys,” “Suits” and “Love, Once and Always” – they’re all so different. Is getting to play with that kind of project diversity a component of living out the “dream” of being a professional actor?
Schull: It is. It is a dream. I think it’s really uncommon to have a character that you can play for years and years and years and love. I think it is sort of ideal to be able to slip into somebody else’s clothes and skin, and show a whole other part of life and humanity and existence that maybe you’ve never had the opportunity to try on before. And with those three productions that you just mentioned, I couldn’t ask for three different women to get to portray, so I am very, very lucky.

TrunkSpace: It definitely feels unique to the times, too, because even just 10 or 15 years ago, it didn’t seem like performers had 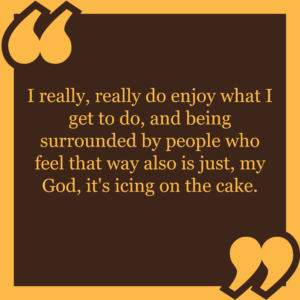 the opportunity to juggle a handful of characters at the same time and show so many different sides of themselves.
Schull: That’s interesting. I never really thought about that. I do know that sometimes it is challenging if you’ve been a particular character; that sometimes people feel like that’s the only character you can be and that’s the only person they can see you as. And I’ve been really, really lucky to not have run up against that, knock on wood, because I do think there are a few common threads with those three particular women you just mentioned. I think they’re all smart and strong, and I’m okay with being that. But as far as being pigeonholed into any one particular thing, I think that is frustrating for an actor as I would assume it’s frustrating maybe for any profession to only be seen as one particular thing.

TrunkSpace: From what we understand, this is your first Hallmark Channel production, correct?
Schull: It is, yes.

TrunkSpace: What did you take from the experience? We’ve been told that they move pretty quickly, in an efficient way, but can still be a bit of a whirlwind.
Schull: It is a whirlwind, but it’s a very lovely whirlwind. I had a really, really beautiful experience with them. From the very beginning, from even just meeting the producers and director for dinner before we even started, it was a very open, communicative process from start to finish where everyone respected and admired everybody else’s work and ideas and concerns brought up so that it helped with the efficiency. It helped to make sure that things run smoothly and efficiently, like you said, because there isn’t a lot of time. You have three weeks to do a movie, and that can be really daunting and it can be really stressful unless everyone is really well prepared in advance. And I think that that’s something that they do well, is they prepare and then they also have people who know what they’re doing so there isn’t a lot of confusion on the day.

TrunkSpace: You probably have to be on the same page just to make it work successfully within that time frame?
Schull: Absolutely, and what was really striking to me was the script. Scripts obviously go through a lot of revisions and modifications, and my character just had a lot to say. So with each revision, I had a lot of new dialogue and it was really exciting in a daunting way. I love being presented with challenges, trying to work on all that. Just to give you an example, often men don’t always, necessarily… I don’t mean to bash men after all this. (Laughter) It sounds horrible. (Laughter) But sometimes men don’t always show up as prepared as women, and Peter Porte showed up more prepared and organized, with more ideas even with the revisions with my character, with the new notes and the new things she had to say that I had only gotten the night before. Things that would help me. If I were to say, “I’m unclear about how I’m supposed to feel about this. If you wouldn’t mind, I don’t know how she’d say this or do that.” And he had all kinds of wonderful ideas and thoughts. It was just so amazing. Talk about people showing up and being prepared and being on top of it… he was on top of it times 10, and that was just really nice to get that kind of partnership with somebody.

I’m looking at it from my own selfish perspective that he really helped me in my role because he was so amazingly prepared. (Laughter)

TrunkSpace: In terms of Lucy as a character, when you first took on the role, what was it that most excited you about getting to inhabit her?
Schull: I really liked being able to have the fun banter. I liked being able to play somebody who was smart and kind of quirky and playful, but also dug in her heels with things that she believed to be true and just. I hadn’t played somebody like that in awhile where it was just sort of playful, and that was really fun. And then the fact that I got to work with somebody who I had such admiration and such fun chemistry with off camera made it even more fun than I had envisioned it because getting something that’s supposed to be playful and fun could be a challenge if you don’t have that dynamic and it needs to be forced. And I can’t speak for Peter, but I loved every single second of getting to work with him. What I was excited about on the page ended up only being realized times 10 when I met and got to start working with him.

TrunkSpace: And that chemistry is such a huge factor in Hallmark Channel movies. If it’s not there, the audience can sense it.
Schull: Right. And I guess sometimes you don’t feel it. I guess there are probably ways to sneak that in. Maybe you could add music or something, but I was really lucky that I didn’t have to fake any of that with Peter, from my perspective. I can’t speak for him. (Laughter) Maybe Peter dreaded going to work every single day. (Laughter) I don’t know, but for me, I loved it.

TrunkSpace: A lot of times these types of movies focus on first loves, but in “Love, Once and Always,” the two characters already had a relationship, so that banter dynamic was probably able to thrive within the story itself because of that.
Schull: Yes, exactly. And that can be concerning that you need to establish the background in your own imagination and what their lives were like before getting on camera, and hopefully the other person has established something similar and that it’ll read similarly. From the first time I met Peter – we had dinner together before we started working and we walked back to our hotel together – and I thought, “Oh yeah, this will work! This will be great!” I was already having a ball with him.

TrunkSpace: Which kind of circles back to our first question about living out your dream. If you’re having a ball doing what you do in your career, then you’ve chosen wisely.
Schull: Yeah, that’s absolutely true. Most of the time what I do doesn’t feel like work. I do a lot of homework and I do a lot of preparation off camera and on my own time, and even that is sort of fun. It’s kind of detective work, where you’re sort of piecing things together to create a person and a human that seemed real and tangible on camera. And then you step on set so that you don’t have to work, or it doesn’t feel like work. Everything is kind of already built within you, and so it is true that it is a dream to be able to spend 12-plus hours on a set and go home and think, that didn’t feel like any time passed at all, and I enjoyed every single moment of it. And sometimes, I’ve even been told… for instance with “12 Monkeys,” Aaron Stanford, my co-star on the show, used to sometimes say to me, “Get a hold of yourself; you’re having too much fun.” And I’d love it. I really, really do enjoy what I get to do, and being surrounded by people who feel that way also is just, my God, it’s icing on the cake.

TrunkSpace: If something starts out as a love and then starts to feel like work, then it’s time to reassess things, but it sounds like you’re still enjoying yourself as much today as you were when you first started your career.
Schull: I guess there’s that really overused, lame-o expression where you find what you love and it will never feel like work, or whatever that horrible thing is. I’ve found it, I think.

“Love, Once and Always” airs this Saturday (9 p.m. ET/PT) on Hallmark Channel. 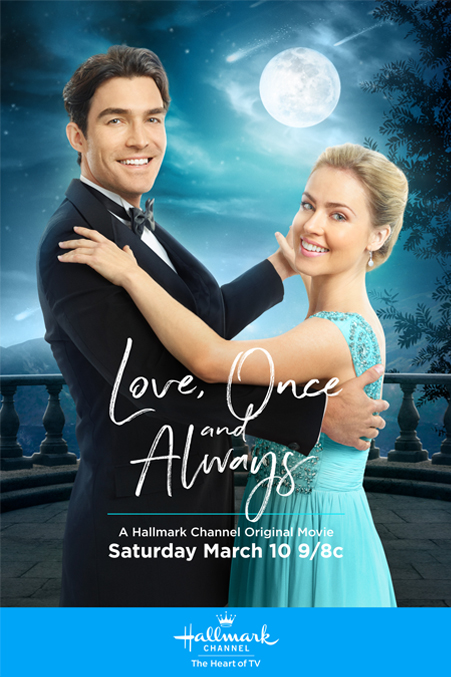