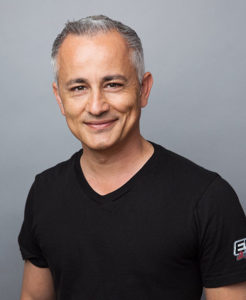 This time out we’re chatting with Ali Afshar, producer and star of “Bennett’s War” and “The Ride,” about what draws him to underdog characters, highlighting diversity in his movies, and the parallels of producing to owning a professional race team.

TrunkSpace: “Bennett’s War” feels like the kind of film that isn’t greenlit a lot these days. Almost a throwback. In terms of the big picture, was that part of the appeal in tackling a project like this in that it isn’t the kind of film we see arriving in theaters each week?
Afshar: What really drew me to this project is that it was a bit of a throwback sports movie, with the twist of the hero being an injured veteran. I really liked that aspect.

TrunkSpace: Such as the case with “Bennett’s War,” you not only star in it, but you also produced it. When you’re on set, how do you separate Producer Ali from Actor Ali so that your focus is on a singular task? Can it be difficult, especially when it comes to being a producer because so much of the day to day is ensuring that everything runs smoothly, which we would imagine, could take you out of a creative head space?
Afshar: I’m always wearing both hats at the same time. It isn’t easy to separate, but I enjoy being a producer and an actor so when I need to focus on specific tasks then I will. That’s also what a good director is for, to help you get in to the creative space on set.

TrunkSpace: This sort of goes back to our first question, but as a producer, is part of the appeal in bringing projects to life being able to represent characters and storylines on screen that aren’t being given a spotlight otherwise? And as such, does that then 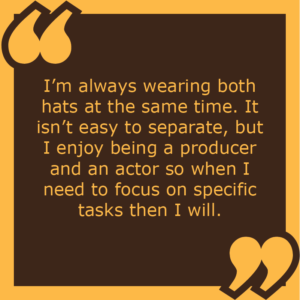 open up more interesting roles for not only yourself, but your fellow actors?
Afshar: Yes, our movies include a lot of diversity with female leads, ethnicities, etc. We’ve been doing that well before it was fashionable – it’s always been a part of our stories. It does open up more interesting roles and we believe good stories should include everyone.

TrunkSpace: When you’re both starring in and producing a project like “Bennett’s War,” do you feel duel pressure for those projects to succeed, both creatively and financially?
Afshar: Absolutely, and the pressure is tough because you don’t want the business pressure affecting your acting. There’s a fine line between creativity and business.

TrunkSpace: For fans, the final product of a film or series is always the most memorable part, but for those involved in a project, we’d imagine it goes much deeper than that. For you, what is something about your time working on “Bennett’s War” that you’ll carry with you through the course of your life/career?
Afshar: The military’s influence has been the most memorable part for me. I’ve learned a great deal about PTSD and the struggles soldiers go through on and off duty. I have a lot of respect for those who serve.

TrunkSpace: You also have the film “The Ride” due out in early 2020. Can you tell us a little bit about that film?
Afshar: “The Ride” is based on a true story of overcoming diversity. An African American man played by Chris “Ludacris” Bridges, and his wife adopt a white supremacist kid. It is a story of working through and seeing beyond differences to come together with love, and a testimony of hate becoming hope.

TrunkSpace: Beyond Hollywood, you’re also a professional race car driver. Are there parallels between racing against the clock (and budget) to get a film made and being behind the steering wheel of a race car? Does it take the same kind of focus and discipline?
Afshar: There are a lot of similarities. I owned the race team, so knowing those details of how to manage my team helped prepare me for being a producer in putting together the right people to get the job done. The main differences are that racing is more adrenaline and a one-time motor sport, where making a movie is a lot more collaborative and has a longer timeline.

TrunkSpace: Working in independent film can sometimes mean having to change aspects of a script on the fly in order to fit into budget and time constraints. If you had a blank check to go out and make any kind of project that you wanted to, what kind of film or series would you put into development?
Afshar: I love movies like “Rocky,” “Remember the Titans,” and “Friday Night Lights.” The underdog stories are my favorite, which all of our films encompass.

TrunkSpace: When you’re acting on a project that you’re not directly involved with behind the scenes, is it difficult to shut off the producer part of your brain?
Afshar: It’s not difficult, but I definitely notice the production efficiency and strategy.

TrunkSpace: What has been the highlight of your career thus far?
Afshar: The highlight has been working with my bosses, Forrest and Charlotte Lucas. Having them believe and support us in our American dream-messages is very rewarding.

TrunkSpace: Time machine question. If you could jump ahead 10 years and get a glimpse of what your career looks like a decade from now, would you take that journey? If not, why?
Afshar: I would jump ahead. I’d be curious and a little scared, but I’d try to adjust accordingly for what I saw in my future.

“Bennett’s War” is available on VOD November 12. “The Ride” cruises into theaters in early 2020.