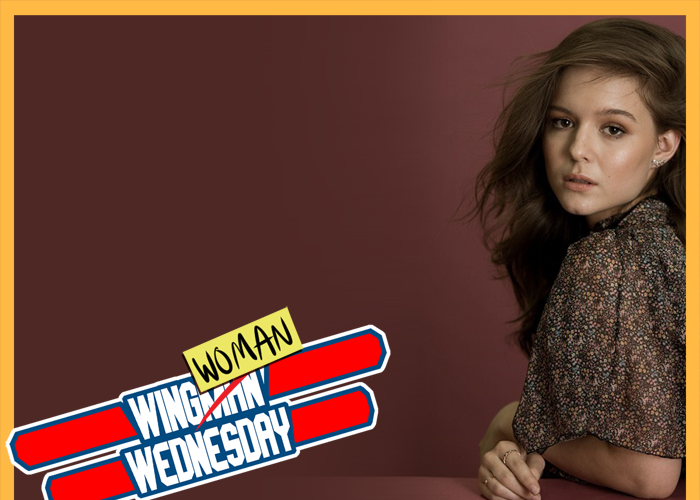 If time machines existed and you skipped ahead a half dozen years or so, you’d find a new generation of talent controlling both the creative side and the business side of Hollywood. One extremely talented individual on a path to having a say over both ends of the industry pool is Izabela Vidovic, the 16-year-old actress turned producer who is generating buzz for her performance as Via in the new Julia Roberts film “Wonder,” due in theaters this Friday.

We recently sat down with Vidovic to discuss what a breath of fresh air “Wonder” is, where she felt an immediate connection with her character, and why she’s looking to diversify her career as much as possible.

TrunkSpace: In a world that is mostly dominated by superheroes and remakes, “Wonder” seems like a real breath of fresh air. What drew you to it?
Vidovic: Well, reading the script for “Wonder” was very exciting for me as an actor, because it’s different, as you’re mentioning. It’s different than most scripts out there nowadays because of the through line and the message of the whole story, which is really just to choose kind and that it spreads positivity and love. It has such a great message, so it’s a great project to be a part of, especially now.

TrunkSpace: It feels like the kind of movie that would have been made 20 years ago, but would not necessarily see a green lit status today.
Vidovic: Yeah. I mean, I think it’s definitely refreshing, because sometimes you fall into the trap of seeing the same sorts of films being made, and sometimes they lack originality. It’s nice to see, as you’re saying, a film like this come out that has a message and is simply there to relay a good theme to others.

TrunkSpace: Did it feel like you were involved in something special when you were in the midst of shooting it? 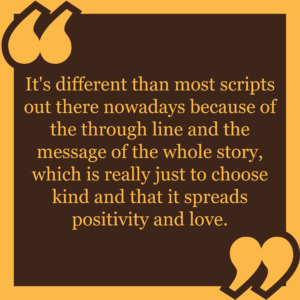 Vidovic: Yes, it definitely did, and it doesn’t always feel that way. But even our director, he made a point to make the set so warm and pleasant and fun, so every day was just a blast to come in. And the kids, all of them were incredible. They had amazing chemistry. Jake and I, we clicked, and with Julia (Roberts) and Owen (Wilson). And everything just sort of fell into place and it felt right. I feel like that’s how you know that it’s gonna be something really good.

TrunkSpace: And for those who don’t know, can you walk us through where your characters falls into things and what her journey is?
Vidovic: My character is Via, who is Auggie’s older sister. Auggie is the 10-year-old boy with Treacher Collins syndrome, going to school for the first time. So, I play his older sister and we find her actually entering high school at the same time. It’s her journey, as well as his, discovering herself and her personal transformation and understanding that she can balance both her love and support for Auggie, but also allow herself to shine.

TrunkSpace: Was it easy for you to connect with Via right out of the gates?
Vidovic: You know, it was easy and it was natural for me in the sense that I have a younger sister, and I know that relationship – having a younger sibling and the feeling of protectiveness over them. But at the same time, I have not experienced the extremity and the severity of Via’s situation, which is passing on all of the undivided attention to the other sibling. And so, I had to do research and sort of get into that mindset and understand what it’s like to be that selfless because it’s a special thing.

TrunkSpace: For Via, is a part of her journey having to deal with sometimes feeling like she is always standing in the shadows?
Vidovic: Yes, that’s exactly what it is. She is in the shadows because of all of the attention that her brother requires, to no fault of his own, just because of the challenges that he faces. And she allows that, because she knows that he needs it more than she does. But throughout the story, she realizes that she can also give herself a time to also shine and to get her parents attention and still be a good sister. 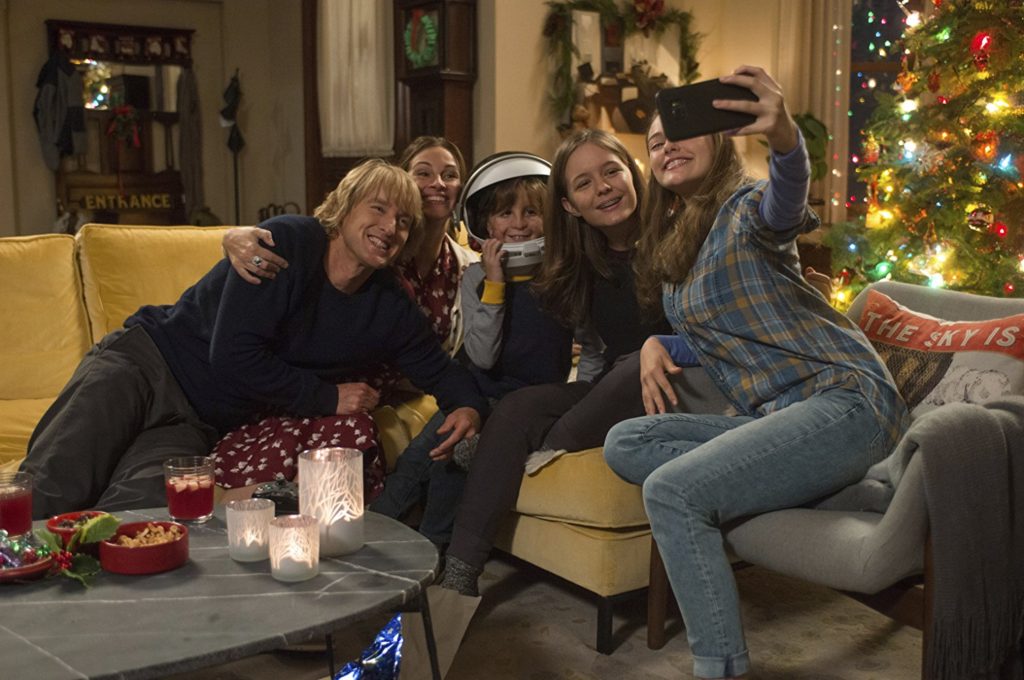 TrunkSpace: The cast is pretty incredible. Getting to work with so many seasoned veterans, did you view your experience on the film just as much as an education as you did a job?
Vidovic: Most definitely. It was definitely a huge learning experience for me, because I was fortunate enough to be working on, as you said, a project that has so many veterans of the industry. Working with Julia and Owen, who are such icons, there’s really much to learn from them just watching their work and being with them on set. Not only are they kind to everybody, but they’re professional and they make it fun for everyone around them. And working with Stephen Chbosky, he’s really an incredible director, and he’s artistic. Not only does he want the best for the film, but he wants the best for everybody involved in it. It’s just been an honor working with these people.

TrunkSpace: Is there something about your performance in “Wonder” that you’re particularly excited for people to see? Were you able to do something with Via that you have yet to have the opportunity with other characters in the past?
Vidovic: Well, I think for me what was really cool was doing a role within a role. I got to do a monologue from “Our Town” as Via. And for Via, that moment is really pivotal for her, because it’s the first time that she’s putting her emotions on display and she has this connection with her mom, and it’s the first time that she’s really letting herself shine. And as an actor, I was playing both Via, but also Emily from “Our Town,” which was an interesting experience, I have to say.

TrunkSpace: Aside from “Wonder,” you’re also working behind the camera, so being able to learn from Stephen throughout this process must have been something that you could apply to other aspects of your career as well? 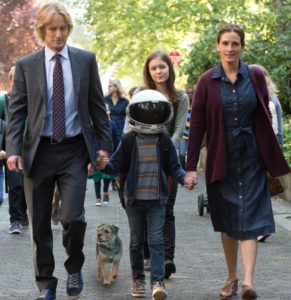 Vidovic: I would love to direct. So it’s so cool to work with a director who, like Stephen, incorporates both having a relationship with the actors and also having a relationship with the crew. Because oftentimes, you’ll find that when you work with a director, they’re better at one side or the other, and Stephen’s great at both – at balancing them. So, observing that was definitely a learning experience for me, because that’s what I strive to do in my career, in the future, behind the camera.

TrunkSpace: You spent nearly 20 episodes on the series “The Fosters.” Is the professional relationship with directors on a series different from the one you build with a director on a film?
Vidovic: Yes. On films, you definitely have a more personal relationship with your director, because on TV there’s a different director for every episode. And so, there’s only a certain amount of time that you have with that individual to cultivate something. But with film, you’ll be working with the same director every single day for two to three months. And so oftentimes, especially when the director is so hands on with the actors, you do build a very personal relationship, like I think most of us found we did with Stephen.

TrunkSpace: Have you been having fun exploring these other on-set experiences beyond acting? Has the producing side, that journey, been one you’re enjoying?
Vidovic: Yeah. It’s been very fun. I find that it actually strengthens you as an actor and as a writer and a producer – when you have knowledge in every area – because knowledge is power, so the more you know, the better. And so, as a producer, I have found that knowing what it’s like for actors and knowing what a writer’s job is just makes your job that much easier and it’s that much more beneficial. It’s like a clock – you need every part to make it work. And so, yeah, it’s been definitely a learning process and a lot of fun.

TrunkSpace: So as you look forward, do you see yourself focusing on one area or will you continue to wear different hats and juggle all aspects of your career?
Vidovic: I’m looking to juggle it all and make it all work. I love acting and I love all of these different aspects of filmmaking, and I’m excited to just combine all of that knowledge and do it all.

“Wonder” arrives in theaters on Friday.