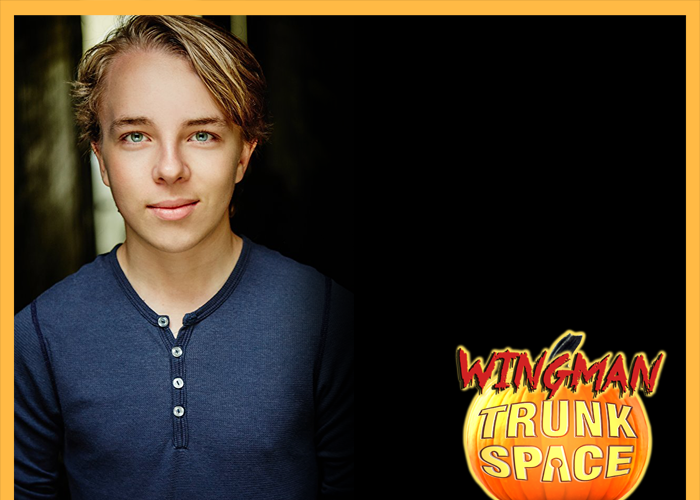 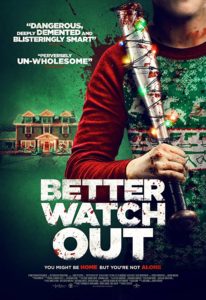 We recently sat down with star Ed Oxenbould to discuss why he thinks people will love the movie, the possibility of it becoming a seasonal staple, and why he likes getting back into the skin of the characters he plays.

TrunkSpace: You’re still at such an early stage in your career, and yet, the work you have done thus far is so diverse. Obviously “Better Watch Out” and “The Visit” are very different from some of your early work like “Paper Planes” and “Alexander and the Terrible, Horrible, No Good, Very Bad Day.” Has it been a goal of yours to diversify as much as possible?
Oxenbould: I think it’s super informed to try a mix of different things. They’re all such great learning experiences and I feel like they made me a better actor just by purely gaining new knowledge – new experience. Also, I think it’s something that I’ve always wanted to do. It’s something every actor wants to do is – try everything. I don’t know, maybe I’ll find stuff that I like the most and I’ll do it the rest of my life. (Laughter)

I like to think that I’ve got a good mix of genres. I hope to keep going with that.

TrunkSpace: “Better Watch Out” is a genre hybrid and tonally there’s not a lot of movies out there like it, particularly when it comes to holiday films. It was such fun ride as a viewer and we’re curious if that feeling of it being a good time translated to the work itself, especially considering you had already worked with Olivia before.
Oxenbould: 100 percent! That’s what I loved about it. The script is so much fun. The film is so much fun when you watch it.

TrunkSpace: There’s a lot of unexpected twists and turns in the film as well. It’s difficult to catch audiences by surprise these 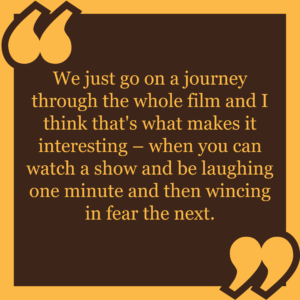 days, but “Better Watch Out” pulls that off in unexpected ways, with one twist in particular.
Oxenbould: Yeah, that’s what I thought was really good because, it’s a really good one. I mean, it wouldn’t be a good movie experience if you went in knowing that twist and I think they’ve done a really good job. I think that people are going and getting surprised, because it is a very unique, surprising film. It’s changing. It changes every second. I think if people can have that surprised reaction, that’s exactly what we hoped for.

TrunkSpace: The film carries both elements of comedy and horror. Did one of those elements draw you to the film more than the other?
Oxenbould: I just think it was a combination of those two. I love it when people can really mix those two together. We just go on a journey through the whole film and I think that’s what makes it interesting – when you can watch a show and be laughing one minute and then wincing in fear the next. I totally think Chris (Peckover) is the one to have done that perfectly. I think it’s a perfect blend of both of those.

TrunkSpace: And those lighter moments sort of lull you into a false sense of security and then WHAM, you’re back to feeling uncomfortable.
Oxenbould: Yeah, it’s great. It definitely amplifies each thing. I feel like, when you’re getting scared, the funny seems funnier and the scary seems scarier, which is great. Just being able to amplify those moments – I think that really makes it a better movie.

TrunkSpace: From a performance standpoint, was there a particular moment or scene where you felt inhabiting Garrett stretched you as an actor?
Oxenbould: There wasn’t one particular moment. I think it’s just that the overall character was so great and remarkable for me. I think he had such a great character arc and we really developed a lot in rehearsals. He starts in one place and goes through a crazy, crazy kind of change because of the experience he goes through, which is kind of life changing and overwhelming. Ultimately, it just completely changes him as a person and it’s great to play a character like that.

TrunkSpace: And from what we read, the character Garrett wasn’t in the original draft of the script, right?
Oxenbould: I’m not 100 percent sure. I do know that he was originally a chubby, Puerto Rican kid because that’s what he was when I read it. When I read the script, I was initially going for the role of Luke. I was only going with Luke in mind, but in the back of my head I always thought, “Man, I’d love to play Garrett… if only he wasn’t chubby and Puerto Rican.” 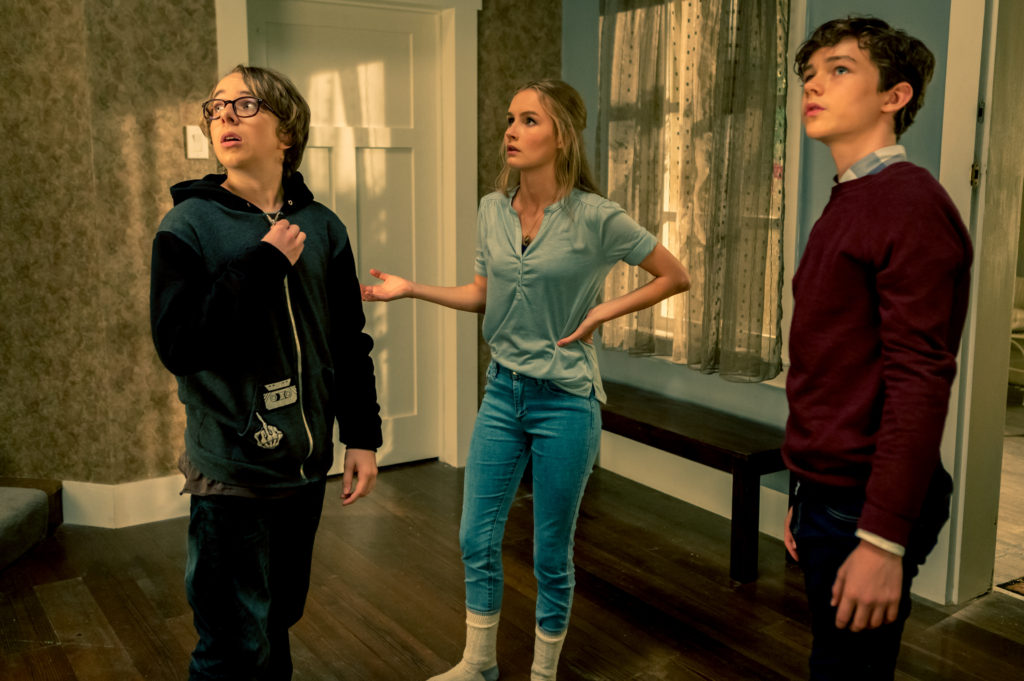 TrunkSpace: What was it about him that first peaked your interest?
Oxenbould: I loved his sense of realness. And I think he has the best character arc in it.

He had some great moments, which would be really challenging and great to play as an actor. To get to play those and get to put them on screen – it was really fantastic.

TrunkSpace: We know that you wrapped the film nearly two years ago. Is it unusual to be sitting down and talking about the film again as if it was new, when in reality, you’ve already moved on to other roles and characters?
Oxenbould: I always think it’s great when you get to do press and you get to kind of get back into the skin of the character. You spend so much time playing them, they just kind of become a part of you. You make this fictional character a part of yourself and it just sticks with you.

TrunkSpace: Just before we spoke we hit up Rotten Tomatoes. “Better Watch Out” had a 92% ranking at that time and a lot of people were saying it’s the next perennial, unexpected holiday classic like “Die Hard.” When you were shooting it, did it feel like it had the potential to have that kind of long, extended shelf life that people revisit?
Oxenbould: You know, I think that’s almost the general theme with it, being more of a cult hit – more of a cult classic. I would say that was the overall feeling, that this would have a long shelf life. I think that Chris did an amazing job in creating it, writing it and bringing it to screen. I hope that people love it as much as I do.

TrunkSpace: We discussed career diversity at the start of our conversation. Looking ahead, you have some really heavy dramatic work due up, including “Wild Life.” Was a role like that a welcome turn performance-wise seeing it is a departure from some of the more genre films you’ve been working on? Is it important to keep highlighting different aspects of your abilities?
Oxenbould: I mean, if it doesn’t work out that way, then I’d gladly take whatever. I think that would be great, because I feel like you wouldn’t get typecast. Also, it’s really enjoyable as an actor because you get to play a whole bunch of characters. The character that I played in “Wild Life” was completely different to Garrett, although they were similar to me in the way that they have things that I would never do, and that I would never say. It’s great to get to experience all of that and that’s honestly, that’s why I do it.

TrunkSpace: Does that put you in a position to approach finding a character in a different way? Was finding Garrett a different journey than finding Joe from “Wild Life?”
Oxenbould: 100 percent. And, obviously with each rehearsal process, there’s a different way of developing your character.

I don’t have a set way. I kind of follow what the director wants and what kind of movie it is. But, yeah, 100 percent, Joe and Garrett I developed completely differently.

TrunkSpace: Are you hard on yourself as an actor, and if so, where?
Oxenbould: I think it changes project to project. I like to push myself and give it my all. I’m relatively tough on myself, but I like to think that I could always to better. I always feel like I’m pushing and pushing.