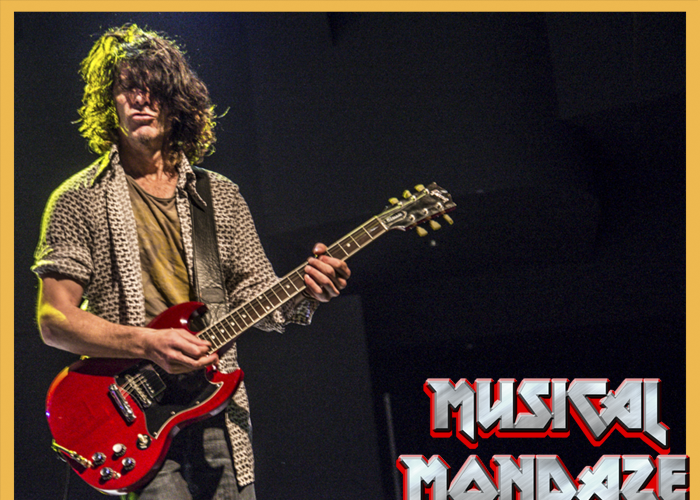 Eric Schenkman didn’t set out to make a new solo album in 2018, but when the opportunity – and creative inspiration – presented itself, “Who Shot John?” was born. A diverse and sprawling collection of genre-bending tracks that range from blues to classic guitar rock, the Spin Doctors’ founding member is continuing his mission of creating music, four and a half decades after playing his first gig.

We recently sat down with Schenkman to discuss the business of streaming, the art of writing, and… curly cords.

TrunkSpace: “Who Shot John?” was originally slated for an October release but is now due January 11 after you partnered with VizzTone Records. Has that stop and go made this a unique roll out experience for you? Was it difficult having to pump the brakes on the release?
Schenkman: It was okay with me. I didn’t mind. The way I figure it is, the whole thing about records now is the roll out, pretty much, and then the first little bit and then it’s hard to hang on after that. It becomes repertoire rather quickly. Originally I was completely super-indie and I was just getting ready to put it out, and then one thing led to another and I started talking to people and I was playing stuff for people and I went and saw this friend of mine in Boston. I wasn’t even thinking about it, and then next thing I know the label, VizzTone, is going, “Well hey, we’d like to put it out, but we’ll have to make it a little bit later because of the distributor.”

It’s nice when something starts to snowball like that. You kind of feel like, “Oh, this is cool.” You know it’s working. It was sort of a pleasant experience, actually, to have that happen. (Laughter)

TrunkSpace: Anything to get ears on the music is a good thing because nowadays it seems like having as many different avenues for an album as possible is important.
Schenkman: Yeah, it’s all guesswork, but I would agree with you – the more avenues, the better, which is nice, actually. As an improvising musician, I can say that I like a lot of different avenues because you can go from the same place to the same other place in a lot of different ways.

TrunkSpace: You’ve been a professional musician for decades now. Are there still firsts for you? Do still get that sort of “fresh car” scent with any aspect of what you do, creative or otherwise?
Schenkman: Yeah. I love being a musician because that never changes. It’s always getting to know the thing a little better, or 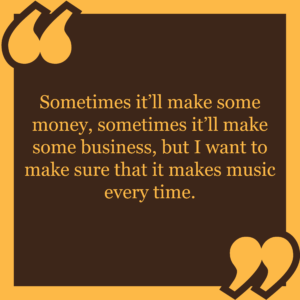 from a different angle, or always relearning or reimagining some aspect of something. Anything that’s worth your time in music, and I suppose you could extend that to business, too… I mean, I’m the type of musician that believes that… I kind of see my job as that I make music. And maybe I like to make ensembles, too. I enjoy doing that. But I make music. I think money and business – that kind of is the secondary thing to that. Sometimes it’ll make some money, sometimes it’ll make some business, but I want to make sure that it makes music every time.

TrunkSpace: The way that money is made off of music changes so quickly it seems. It used to be that tours supported albums, but now it seems like albums support tours.
Schenkman: Oh absolutely. The only hope that we have really as musicians, particularly young musicians, is pretty much to be on the road playing and hawking your wares night after night.

TrunkSpace: Are there more opportunities in the licensing world with there being so much more content – film and TV – in need of song placement?
Schenkman: I don’t know that there is, really. I think there’s still opportunity. I think there’s more home for content. As far as speaking to how that interfaces with business, I’m more the mind of putting a fish in the water – a horse in the race – and then scratching my head and watching it, because I really don’t know. All I can say for sure is the business has changed a great deal since I’ve been in it. I’ve been playing the guitar in a band since I was just a teenager, so that’s a few decades right there, and the music business has changed so much from the time the Doctors were making music. The records we made in the early ‘90s, that was a whole different business, you know? You used to make records to get on the radio. Now you make records, you go tour them, they end up on streaming services, and then you have to play gigs in order to support them. It’s literally like you almost have to support your tunes on the streaming networks by playing live because it’s almost like… I mean .0001 is very, very little.

TrunkSpace: It’s so interesting because 20 years ago there would be headlines about, XX Band Goes Platinum. Now it’s, XX Band Has 1 Million Streams.
Schenkman: Yeah, and on the one hand, streaming is very exciting from the point of view of the currency of it, and the fact that it’s there and it’s available. There’s so much different diversity and amazing talent. The trouble is, in terms of it paying, definitely as time wears on, it becomes quite clear that the musician is definitely the last in line for the buck as far as the streaming services are concerned. So you got to wonder if people are putting music out that’s “free” on the one side, on the other side, somebody’s making money somewhere.

It’s very interesting to me, but I don’t really know the business so well. Like I say, I make music and I love making music, but it’s definitely way easier to get an idea of what’s going on now if you can produce the music and try to set it out there and see how it floats.

TrunkSpace: “Who Shot John?” is very diverse, which is also reflective of your career as a whole. Has that always been your mission, to be able to be the type of artist that you wanted to be in any given moment and not back yourself into a corner creatively?
Schenkman: Yeah, I’m more happy for sure feeling free to be creative. I don’t like being in a corner. I feel very uncomfortable if I’m expected to do a bunch of stuff. So this record, for me, was really kind of a perfect storm for the year, because I didn’t expect to be making it. It really was borne out of playing with friends, playing this gig that I play regularly, really expanding my repertoire – new songs and some old songs, and songs that hadn’t been written yet sort of all bouncing around in my head. And then I realized that I was starting to record a bunch of stuff that I liked and so it was hanging together, and so I just kept following that, very comfortable creatively in that context. Live as well. 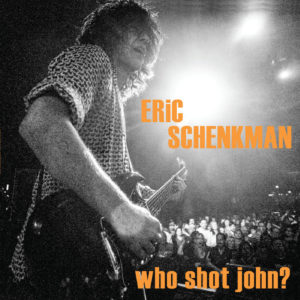 I do a gig weekly where I play three sets a night, and the Spin Doctors used to do that same kind of gig. And if you can stretch out, your playing can get to some real, real fantastic depths, and you need diversity to be able to do that. You need to be a student of music to be able to try to get better at dynamics and all these sorts of things. So, yeah, I started realizing that I had a record. I was like, “Oh, I got to put this out. I haven’t done one of these in a long time.”

I’ve kind of been waiting to do the next Spin Doctors’ record, actually, for the last two years, and one thing led to another and we just didn’t get started. We had some hang-ups and, I think this is another thing, some of the creative energy probably would have put into the band had we started working last year.

TrunkSpace: Would the Eric Schenkman who first picked up a guitar be surprised by this album or would it seem like a natural progression from where you started?
Schenkman: Yeah, I’d be quite happy. I would not be unhappy with where I’m at now. There’s one picture I have from the very first gig I ever played with an electric guitar, which would have been… I was 10, I guess… so I think 1973. I’m wearing a tennis sweatband around my head and a cowboy shirt with a Kent guitar. I’m sitting on the stage and… remember curly cords? I had a curly cord coming out of my guitar.

Anyways, yeah, I think for me, it’s the combination of trying to beat the fear of standing up on the stage and trying to sort of play your heart out… or sing your heart out… in other words, feeling like you really do have something to say or sing, but king of being just almost just too tepid to really take the first step. But you know, I have never been able to help myself. (Laughter) And so there you are, right? And that’s really a great place to be in the music because you’re really having to grab what works and stay afloat. And I think this record… it shows that throughout, and that’s all my former self would be looking for, would be validity in that. Truth in that.

“Who Shot John?” is due January 11 on VizzTone Records.