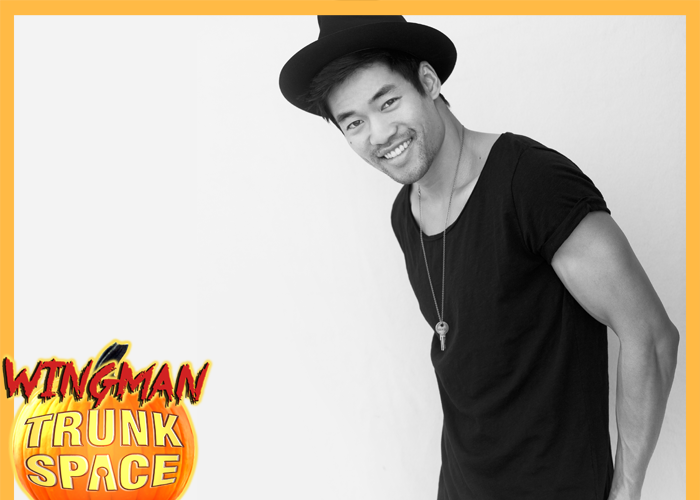 The upcoming CBS series “S.W.A.T.” has a number of factors going for it that puts it in a position of achieving network success. It has a built-in brand without being based on an existing group of characters or universe, a rarity in a landscape where every great idea has been mined ten times over. It is tackling topical subject matter that is prevalent in the daily conversations of viewers. And quite possibly best of all, it has David Lim, the California-born actor who brings an indefinably cool James Dean-like presence to every scene he’s in.

We recently sat down with Lim to discuss his premiere plans, how it feels more like a movie than a series, and why his contribution to “S.W.A.T.” will hopefully inspire a future generation of Asian-American actors.

TrunkSpace: “S.W.A.T.” premieres this week. What’s going through your mind – nerves, excitement, a combo of both?
Lim: You know, not really nerves, more excitement. We filmed the pilot, it seems like, ages ago – back in April, so it’s been six months in the making. I’ve seen some of the rough cuts of some of the upcoming episodes and how great these episodes are turning out and so I think for all of us, we’re just very excited to finally be able to share it with audiences.

TrunkSpace: Do you have any premiere plans?
Lim: Yeah, a couple of the cast members and myself, Jay Harrington who plays Deacon and Alex Russel who plays Jim Street, we’re going down to Santa Monica at Rock’n Pies. Jay’s buddy owns the place, and we’re just gonna bring out a bunch of our friends and they’re gonna shut down the restaurant for a couple hours and we’ll be able to enjoy it with each other and all our friends.

TrunkSpace: That sounds awesome. Great way to celebrate the launch of a series that could have easily taken a more standard procedural approach, but instead, it feels a bit like a hybrid between a network series and a cable show.
Lim: Yeah. I think it’s really gonna set itself apart from just your standard, let’s say, network procedural. I think there’s gonna be times when you’re like, “What am I watching? Am I watching a movie or am I watching network television?” 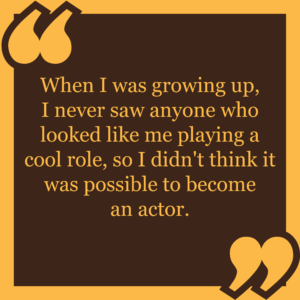 Lim: And we’re excited about that as well. From the get go we’re talking about Black Lives Matter, Blue Lives Matter, we get into human trafficking, we get into cyber bullying. I think it’s stuff that’s very topical and relevant to what’s happening in the world today. And we’re not gonna shove it down anyone’s throats, how you should think about the matter, but we’re just gonna approach it from both sides – the police side and the community side. And that’s what’s exciting and hopefully we’ll be able to start some discussions.

TrunkSpace: And you mentioned that it will feel like a movie, which is helped along by the fact that Justin Lin’s creative fingerprint is definitely on the project. You can see it in the action sequences.
Lim: Yeah, when we were shooting the pilot it definitely had that kind of cinematic feel. You have Justin Lin directing this thing and I have so much respect for him and what he’s done. I’ve been a fan of his since “Better Luck Tomorrow,” and obviously “The Fast and the Furious” franchise and “Star Trek: Beyond,” and so when we’re working with him, when we were shooting the pilot, it never felt like television. It felt like we were on the set of a movie. At times it felt like we were doing “The Fast and the Furious” when we’re doing some of those car chases and when we’re blowing up cars. I definitely think his fingerprints are all over the pilot and you’ll kind of see it throughout the series as well.

TrunkSpace: Can you walk us through where your character Victor Tan falls into things and what his journey is?
Lim: You’ll sort of find out more about him as the series goes on. They created this role for me. There wasn’t a Victor Tan in the pilot when it was originally written, so they created this character. I was originally on as kind of a recurring role and then a few episodes in they bumped me up to a series regular and then they really could start delving into my character and writing for my character. So come probably later December or early January, when we get seven, eight, and nine episodes in, you’ll really start to get a sense of more of who this guy is. It’s kind of blue sky because they didn’t have him initially in the pilot, so we could really go anywhere with him. I’ve had a few conversations with the writing staff and where we want to take this guy. He’s got some kind of former CI’s in the community that he deals with who may or may not also be love interests – just some really interesting stuff.

TrunkSpace: Because you started as a recurring and then your role was expanded, were there things that surprised even you in terms of how Victor has progressed?
Lim: How they originally wrote him was as a guy who grew up in Venice Beach – a surfer/skater who eventually became a part of LAPD. As we started filming and they got more of a sense of who I am and what I brought to the role, I think they kind of went away from this surfer/skater thing because we haven’t touched on that at all.

We’re filming an episode right now, which is going to be the ninth episode of the season I believe, and we’re really starting to get into Victor Tan’s backstory, which like I said, kind of involves a former CI who could be a love interest as well. I’m very curious to see where they take him. 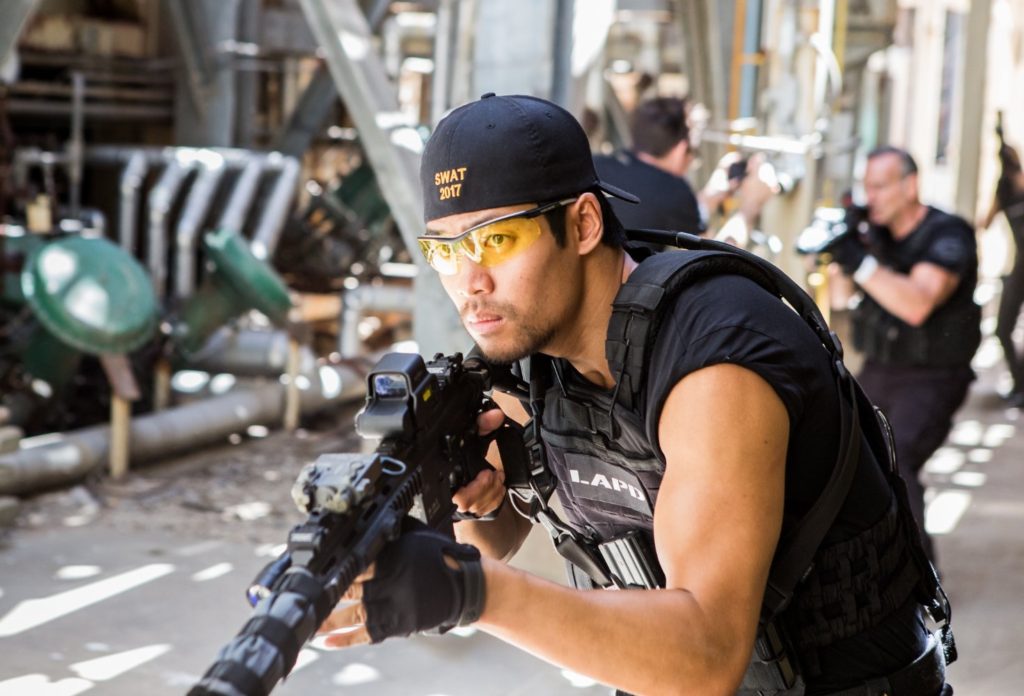 TrunkSpace: From a performance standpoint, is it interesting to to get the scripts each time out and sort of learn about Victor as you go?
Lim: Yeah, I think it’s great. When each new script comes out, you’re looking for little bits and pieces, the little clues, and you’re like, “Okay, well I had originally kind of created this backstory for this character and now I’m getting this new piece of information…” And it’s really cool because as the scripts continue to come out, I think all of us are really starting to settle in to the characters as we get more pieces and more of our backstory. Obviously you know you can do a ton of homework and make stuff up for yourself, which a lot of the actors do, but it’s nice to get a new script and see what they write for your character.

TrunkSpace: Now that you’ve seen the inner workings of how police and specifically, S.W.A.T., operate, do you have a different point of view if you’re driving and you stumble upon an officer or team in the midst of an operation in your day to day life? Do you look at things differently now?
Lim: So differently. As we’ve worked with some of these guys and got to know some of these S.W.A.T. officers, just the level of respect – I already had a great respect for law enforcement and what they do, but it just ups the ante in terms of respect for what these guys do. We went down to LAPD S.W.A.T. just to take a tour of the facilities and they got a call when we were taking the tour and we got to actually see them roll out. It was like a caravan of 10 vehicles going out on a call and it was unbelievable to see. So now, definitely that we’ve been dealing with these officers or we’re filming all this stuff with the vehicles, every time you pass a situation or something you’re like, “Oh, there’s S.W.A.T. right there and there.” But just huge respect for what these guys do and we want to do our best to try to bring the authenticity and the realism to the show. 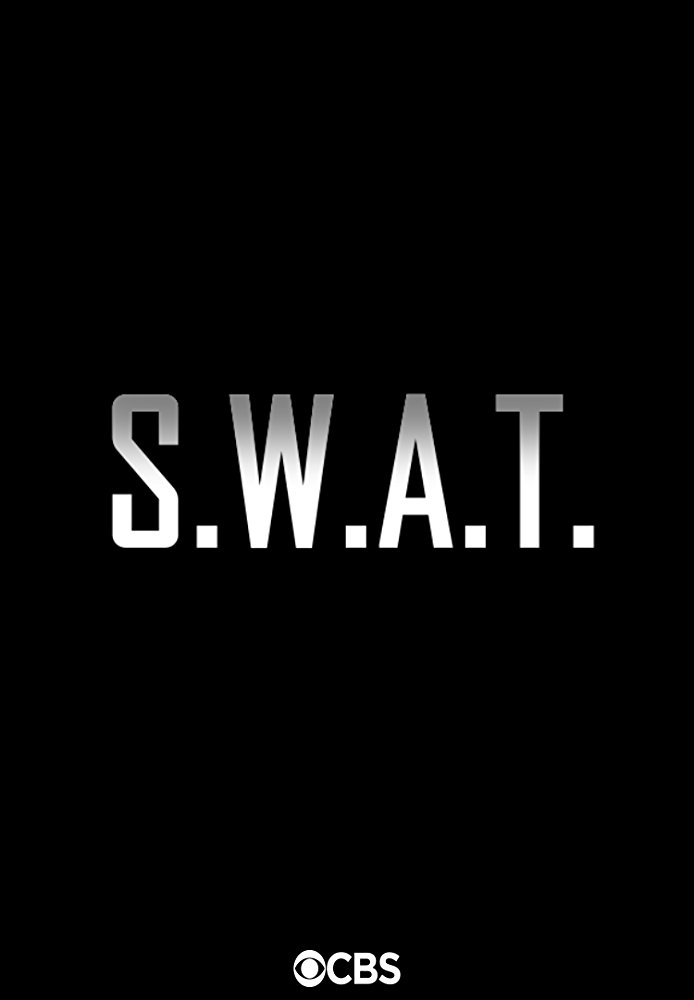 TrunkSpace: We saw that you had a degree in Electrical Engineering. Is that something you hope you never have to use?
Lim: When I graduated college, I knew I wasn’t really cut out for engineering. I didn’t really have an interest in getting into it. When I started to pursue acting and got into my first class and really fell in love with the craft and realized that this is something I want to do as a profession, if I could do it until I retire, that would be incredible. But in the back of my mind I’d always tell myself, “If acting doesn’t work out and if I’m not able to make a living at it, I do have this engineering degree that I can always fall back on.” So that’s always there. Do I hope to fall back on it? No, I hope I don’t have to get a job as an engineer. (Laughter)

TrunkSpace: (Laughter) It’s a nice safety net though, right?
Lim: It’s not a bad safety net, but it’s been like 10 years since I graduated. (Laughter) I don’t even know if companies would still even look at that and take that seriously.

I love acting and I hope to continue to be able to do this and tell interesting stories and play interesting characters. I think “S.W.A.T.” is such a great vehicle. It’s got the name brand and I just think it’s such a great vehicle for me in particular to bring a cool, bad ass Asian-American character to television because growing up I never saw any. We didn’t have a lot and we still don’t have too many. And to be able to do that and maybe start a larger discussion – maybe people see this and they start to bring more cool roles for Asian American guys.

TrunkSpace: And perhaps a young Asian-American kid will be sitting down to watch the show, see your performance, and be inspired to pursue is own dreams.
Lim: To me that’s what it’s all about – if I can inspire some kid or if he can even just see me on the screen and say, “Hey, maybe acting is possible. Maybe I can become an actor.” When I was growing up, I never saw anyone who looked like me playing a cool role, so I didn’t think it was possible to become an actor. And so if we can do that and at the same time entertain, because at the end of the day it’s about entertaining, and people can get lost in our show, that’s awesome.