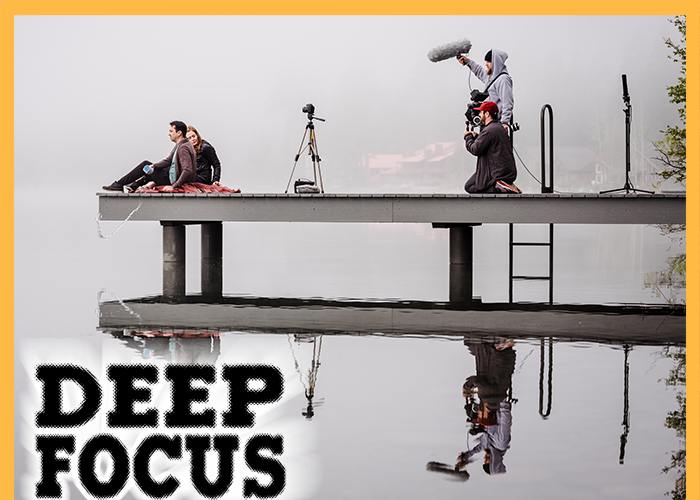 This time out we’re chatting with Haley Finnegan, writer, director, producer and star of “Westfalia,” a hilariously poignant short that pokes fun at social media and the influencer lifestyle. The film premieres tonight at the Tribeca Film Festival as part of the Funhouse programming block.

TrunkSpace: Your new film “Westfalia” is premiering at the Tribeca Film Festival today. What kind of emotions are you juggling with as you gear up to share the film with the masses?
Finnegan: I am so excited and nervous and scared. I can’t wait to share it at Tribeca but I am also going to be a nervous wreck sitting in that audience. Every time I watch it with other people I have to hold on to my seat while I wait and hope people like it. I am mostly excited to be in my favorite city and to see everyone else’s films in the Funhouse block. Coincidentally, my good friend, Josh Covitt, is showing his short in the Funhouse block too. This will be our first time seeing each other’s films. We aren’t good enough friends to share with each other ahead of time, I guess…

TrunkSpace: As we understand it, “Westfalia” came together during a period of your life when you were unhappy with the progress of your acting career. Did making this film yourself allow you to control your own destiny in a way, and now that it’s finished and screening at Tribeca, do you feel empowered to explore the content creation side of the business even more now? 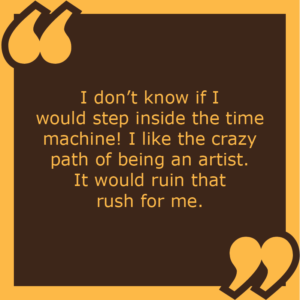 Finnegan: Auditioning feels like constantly asking for permission to do the work you love. And then one night, I decided I was going to give myself that permission. It felt liberating. And now I just want to do it again. I can’t wait to get started on my next project.

TrunkSpace: You wrote the script the same night that the idea struck you. Things started fast right out of the gates, but did everything come together quickly after that? How long did it take from core inception to completion?
Finnegan: A year later we’re here at Tribeca and it feels fast, for sure! It was written in April, shot in May, the picture was edited June – September, the sound was a work in progress and only recently completed. We had to do it quickly to meet the submission deadlines.

TrunkSpace: What are you most proud of with the film?
Finnegan: I’m so proud of the people who made it happen and the hard work they all put in. This was a labor of love for sure.

TrunkSpace: Did writer Haley and director Haley ever butt heads in terms of what one wanted and what the other could achieve given budget and time constraints?
Finnegan: Ha! That’s really funny. It’s reminding me of a quote about Freud not being able to figure Irish people out. It’s all an internal conflict, all the time! While it was my first time directing a short, it wasn’t my first time on a low budget set. I have been a part of a lot of projects that never see the light of day, so I knew I had to keep costs down while writing it. That’s why most of the scenes take place outside.

TrunkSpace: What was the biggest lesson you learned in making “Westfalia” that you’ll apply to your next project and all projects moving forward?
Finnegan: My biggest lesson would be – why did I wait so long to do this? And I hope other artists out there hear this. Just try it. Don’t spend too much money. Get your friends together. Make art.

TrunkSpace: The film pokes fun at the influencer lifestyle, but in a way, a project like “Westfalia” will find a large portion of its audience through social media. Does that kind of bring it all full circle?
Finnegan: Oh my gosh! I say this all the time. I started using social media so much more after making this. But I want to point out that while I think living your life for “likes” is a rough way to live, I think that Instagram is an incredible place for artists. If you have art or something to say, social media is such a gift. There are things we should absolutely love about Instagram but I’m not sure it’s seeing someone’s personal wardrobe conveniently linked to Amazon. 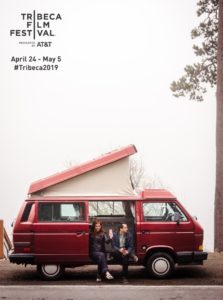 TrunkSpace: Do you think bringing “Westfalia” to life has altered your path? Has making this film changed how you look at your career as a whole?
Finnegan: Yeah. Well, I didn’t quit acting! I am really hoping to direct and write more. I love writing. I was scared to share my work. Now I can’t wait to do it again. It’s still scary, though!

TrunkSpace: What has been the highlight of your career thus far?
Finnegan: The highlight of my career is honestly the people I get to work with. I love my agents, my improv team, and all the amazingly talented people you meet on set and in the audition rooms.

TrunkSpace: Time machine question. If you could jump ahead 10 years and get a glimpse of what your career looks like a decade from now, would you take that journey? If not, why?
Finnegan: I don’t know if I would step inside the time machine! I like the crazy path of being an artist. It would ruin that rush for me. But it’s funny you ask that. I was telling my mom the other day about what a crazy journey it has been already. The serendipities in my past have been life altering. I made a speech spontaneously at a wedding that I wasn’t even supposed to be in and it landed me my first agent. This kind of surprise would be spoiled given a time machine.