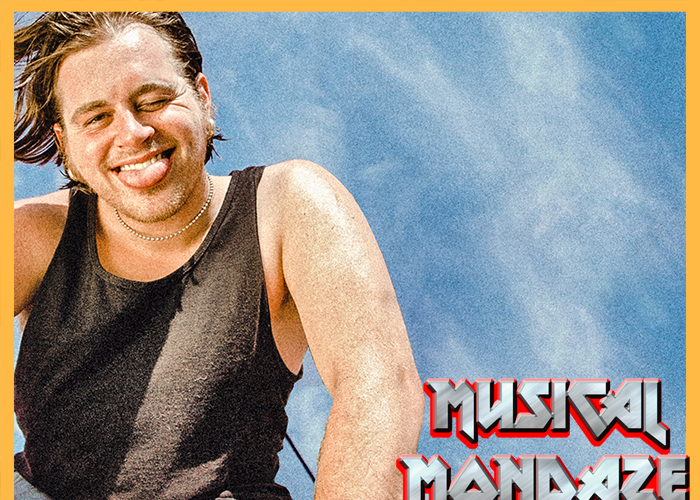 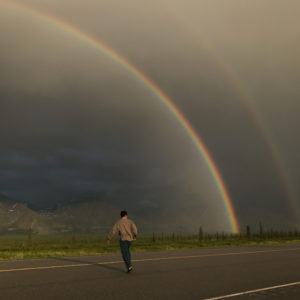 With his second solo album, Full Hand, out today on Bayonet, Kevin Krauter is not the type of artist who consciously calculates where his creative endeavors take him.

“I don’t really try to plan out big themes or sounds before I make an album, I just try my best to write and record music that makes me happy and I think what makes this release different is that I’m better at it now,” he said in an exclusive interview with TrunkSpace.

We recently sat down with Krauter to discuss why he isn’t a “cool musician,” the four-letter word he’s as chill as, and the reason you may want to reconsider emailing him.

TrunkSpace: Your new album, Full Hand, drops February 28. What kind of emotions do you juggle with as you gear up to release new music to the masses?
Krauter: I don’t know, it’s hard to say ‘cause nothing really sticks out among the myriad of emotions that accumulate anytime you work on a huge project. But mostly at this point I’m just excited for people to finally hear all of it ‘cause there’s definitely a lot of it that I’m stoked on outside of the singles.

TrunkSpace: Are you someone who has a hard time letting go of what you create? Can it be difficult putting so much of yourself into something and then leaving it up to the universe to decide how it is perceived and accepted? 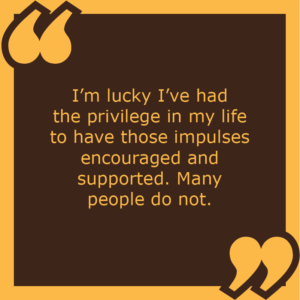 Krauter: Not really. I mean, I’ve heard it so much at this point that I feel a bit numb to it. But I pay very close attention to what people say about every release. I know it sounds weird – and cool musicians are supposed to say they don’t care and don’t pay attention – but I’m way too curious about what people say about me. (Laughter) I don’t really get too offended when people shit on my music honestly, but I simply have to know – like, I really can’t help it.

TrunkSpace: Full Hand is your second solo album. No one is closer to the music than you, so we wonder what you view as the biggest differences – both thematically and sonically – when lined up against your 2018 debut, Toss Up?
Krauter: That’s kind of hard to answer ‘cause I just see it all as a progression of what I’ve done before. I don’t really try to plan out big themes or sounds before I make an album, I just try my best to write and record music that makes me happy and I think what makes this release different is that I’m better at it now.

TrunkSpace: If someone sat down to listen to Full Hand front to back, what would they learn about you both as an artist and as a person?
Krauter: They would learn that I’m chill as fuck.

TrunkSpace: What are you most proud of with the new album?
Krauter: The lyrics.

TrunkSpace: What do you get out of creating music that you can’t achieve as a listener alone? Is it therapeutic to feed your emotions through songs?
Krauter: Yeah, for sure. I mean, if that element of catharsis wasn’t present I wouldn’t be doing it at all. It’s hard to say what I get out of it really – it’s more that I need to make it. Like someone who draws or paints is compelled to do both. I’m lucky I’ve had the privilege in my life to have those impulses encouraged and supported. Many people do not.

TrunkSpace: Would you rather create one album that sells millions of copies worldwide, or a lifetime of music that a small audience connects with?
Krauter: I don’t know. I haven’t had either happen to me yet so it’s hard to say.

TrunkSpace: In terms of the business side of music, what is the most difficult aspect of being an artist in 2020?
Krauter: Responding to emails.

TrunkSpace: If you sat down with your 10-year-old self and gave him a glimpse of his future, would he be surprised by where his musical journey has taken him thus far?
Krauter: Yeah. Honestly, I think he’d be stoked as fuck. (Laughter) I wanted to be in a band for as long as I can remember and now I’m doing it. I would say maybe I’d be bummed about how broke I am, but I probably wouldn’t care.

TrunkSpace: Time machine question. If you could jump ahead 10 years and get a glimpse of what your career looks like a decade from now, would you take that journey? If not, why?
Krauter: No way, man. I think seeing my future would either make me really depressed or just straight up go insane. Time travel is very freaky to me.