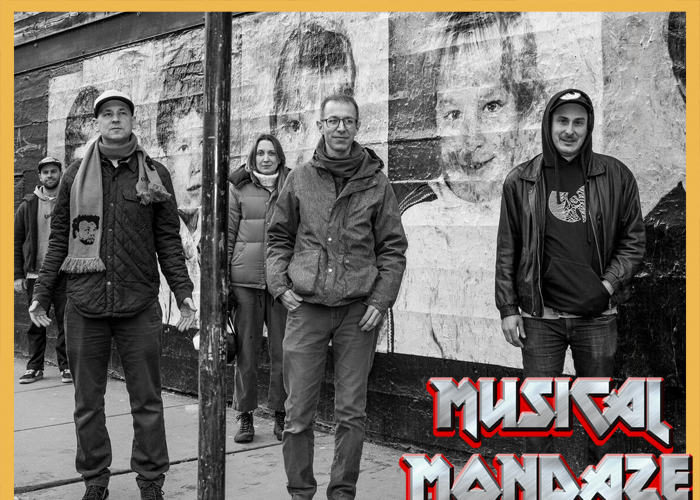 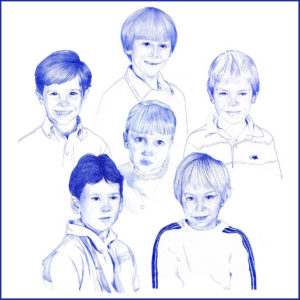 Honesty in music is a necessity. It not only helps listeners connect in a way that goes beyond the surface layer, but it also plugs the songwriters into the art on an emotional level, creating a loop of authenticity that circulates throughout the process. When an artist then translates that honesty to the promotion of new music, the result is both refreshing and unexpected, especially in our current social media age where people tend to put their best selves forward.

We recently sat down with Joan of Arc founder Tim Kinsella just days before the release of the band’s latest album “1984” and received a dose of that refreshing honesty. Unfiltered and straightforward, Kinsella talks about stepping away from the microphone, how making records totally dominates his life, and why he never emotionally carries more than he needs to.

TrunkSpace: “1984” is due to drop on June 1st. What emotions do you juggle with as you gear up to release new music to the world, especially after spending so much time with it personally? Does it get easier given how many albums you’ve recorded over the life of the band?
Kinsella: Most of the emotional juggling happens long before the thing becomes public. Through the process of making a record there is the constant tension between the guiding principle of what you think the thing might be and gently steering it towards that, while also remaining open to allowing it to guide you. So that is a lot of tension and release and surrender and control. By this point in the process I’m just excited for people to hear it and I’m excited for it to be largely off my mind so I can concentrate better on what’s next.

TrunkSpace: What does “1984” say about Joan of Arc in 2018?
Kinsella: Obviously the big difference on this record is Melina (Ausikaitis) doing all the singing. And hopefully me stepping aside is impactful since my voice is largely the only constant identifier across JOA records up until now. In deference and respect to the cultural shifts gaining traction with the #metoo movement etc., I am happy to publicly step aside from the mic and let our sister do all the talking. So that’s why 2018. But why “1984” in 2018? “1984” is obviously shorthand for dystopian totalitarianism. And “1984” is a long time ago now. As shown on the record artwork, we were little kids then. And now we’re all in our 40s. We are way beyond that shit – and when I say “we” I don’t mean us as a band, I mean humanity in the most inclusive sense.

TrunkSpace: Are albums a bit like chapters of your life? Does it become a situation where it starts to feel like, “Those were my ‘How Memory Works’ years and these are my ‘1984’ years?” 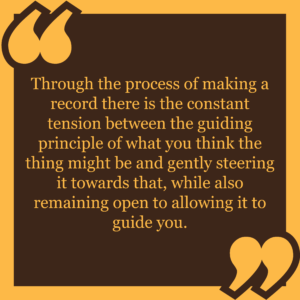 Kinsella: Yeah, for sure. I often surprise my friends by being able to know exactly what year a thing happened (little things like a friend’s divorce or a movie coming out or a specific holiday party) and that ability is 100 percent the result of knowing what record happened what year. The making of the records totally dominates my life, so all the events of any year get sucked into and filed under that process. I only experience and understand my own life through the making of the records. I like my friends but I don’t need them. And I like my family and stuff. And I like having a little money when I can. But honestly, making records comes before everything else in the world in my mind. I don’t think that’s necessarily right or healthy, but it’s who I am and I accept it.

TrunkSpace: The band has been in existence for over 20 years. People change dramatically over the course of two decades. How has your own personal growth impacted the band and the music?
Kinsella: Hmm. I guess the band constantly evolves which helps me remain present, and I constantly evolve which helps the band remain present. There are some exceptions (i.e.: this one Melina does all the singing) and the process is always different every time – like this one is recorded live with no overdubs and this one is pieced together on computers etc. But in terms of content, at any point in the last 20 years I could describe whichever the newest JOA record of that year was to you, in great detail, and you would never be able to tell if I was describing the first record or the latest. It remains motivated by 100 percent the same impulse from my perspective. And it is nothing more than refining the same sensibilities and how they’re executed and expressed.

TrunkSpace: With so much writing and recording already under your belts, how do you approach a record like “1984” and look to keep the process itself fresh? What (if anything) did you do differently with this album that you have yet to try within the Joan of Arc universe?
Kinsella: Man, I’d be happy to never write another record. Thing is that the processes for making a record are infinite and I’m endlessly curious to see what the results will be. JOA would’ve broken up 100 times by now if it wasn’t for finding a new process to generate each record. I have 60-something guitar and vocal demos I like and 30-something synth/programmed songs started that I like. Some of these have been around for five years and I’ve tried to throw them away every six months but they still make the cut. So when a new process for recording is determined, then we dig into that pile and pull from it according to what song seeds will work for that specific process. In the case of “1984” only three of those things made the record. In the case of the previous record, none of them did ‘cause the process was about spontaneously generating material as a group. Bobby (Burg) got slaphappy at practice the other day when we were arranging a new song and he said, “It doesn’t matter what we do or how we do it, we can’t not sound like ourselves.” 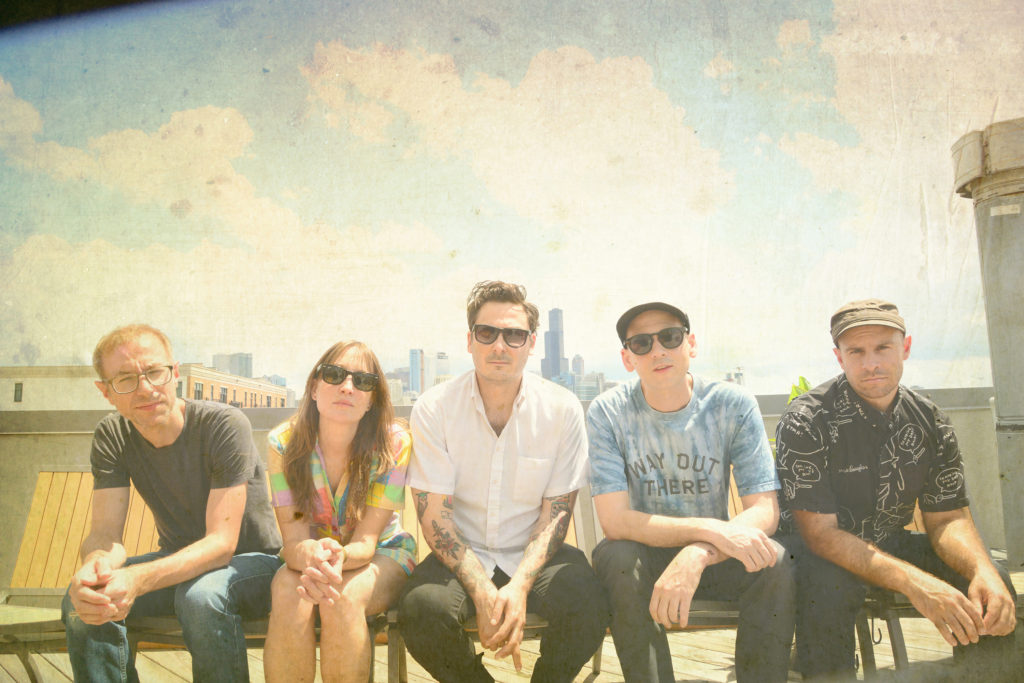 TrunkSpace: The band has seen over two dozen members come and go through the course of its artistic lifetime. How do those different faces and points of view alter the dynamic of Joan of Arc and how do you view the current lineup and the creative output that exists because of this particular alignment?
Kinsella: That sort of open membership policy was definitely an evolutionary survivalist strategy, but it was already happening from the very first shows and first record. It just took us a little while to recognize that was how we were operating. We have a lot of friends and have always enjoyed what people might contribute. Sometimes that has been a matter of playing on a couple songs or sometimes just learning whatever part needs to be covered for some shows. It really depends on the person. For example, in the case of this record, Melina’s songs were the central force that everything organized around and I love it. But in the big picture this arrangement has its upsides and downsides. It allows us to meander and follow hunches in different directions, but it’d certainly be ideal if we could afford to pay one hotshot that could play everyone’s parts.

TrunkSpace: We’ve talked about the band growing and changing over the course of the last 20+ years, but how has the fan base changed? Are you finding just as many new fans being drawn to Joan of Arc as you are those who have been with you since the early days?
Kinsella: I couldn’t really say. The shows are sometimes a lot smaller than they were in the past. A lot of the past supporters now have kids and full time jobs and might be too tired to go out to shows and I don’t think a ton of teenagers are looking for a new band of 40 year olds to help them make sense of their rage. I imagine our fans are mostly around the same age as us, creative people, weirdos. 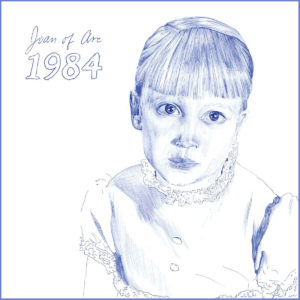 TrunkSpace: Fan feedback can often be the fuel that powers the creative brain. What’s a profound/powerful story that you were told by a listener in terms of how your music directly impacted them that you have carried with you throughout the course of your career?
Kinsella: Honestly I talked about this with my therapist just a couple hours ago. It is so hard for me to comprehend that there are listeners that I kinda block people out when they occasionally attempt to tell me that the music has meant something to them. I hope that’s not motivated by arrogance. My therapist says it isn’t. And I am so immensely grateful every day to do what I do. But it’s such a private thing between us, the people making it. It fries my circuits to imagine being responsible for anyone else’s experience in that way. Too much pressure. So I shut down when anyone I don’t know tells me about their experience of the band. Like I can hear them and often it’s mind-boggling, but as soon as we walk away from each other I just gotta get back to my reality and shuttle it from my mind immediately. I am aware of never carrying anything more than I need to carry.

TrunkSpace: What do you consider “success” in music and by that definition, have you achieved it?
Kinsella: Yes! Literally every single day since I was a teenager.

TrunkSpace: When all is said and done and you hang up your instruments for the last time, what do you hope Joan of Arc is remembered for? What do you want your legacy to be?
Kinsella: Honestly, that question seems as likely to me as asking me about when I grow a tail someday, will I tuck it or curl it. I could not survive one day without playing music. Sometimes it almost happens and I become a miserable prick. I like that the records exist as time capsules. We are real people that lived whatever joy or confusion went into the capturing of that moment. And I like that we are a very different band live than on the records. I hope both of those modes shock people awake in some small way. Ultimately I guess I only want what I imagine everyone wants most deeply, just to appear as real to anyone else.