The World I Know 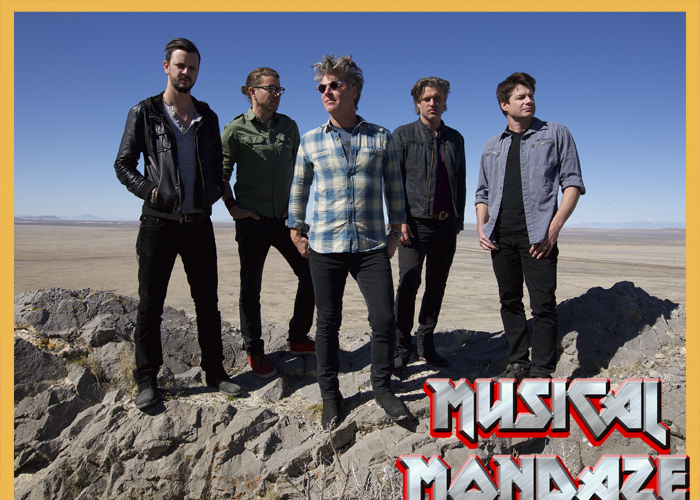 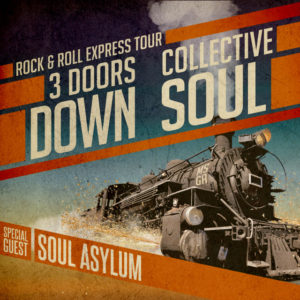 With hit songs like “Shine,” “Gel,” and “The World I Know,” Collective Soul helped to solidify the identity of the alternative rock scene of the mid to late 1990s, and while the lineup has experienced its share of changes throughout the years, the band’s signature sound has remained intact. With the Rock & Roll Express Tour set to kick off in early July alongside 3 Doors Down and Soul Asylum, the multi-platinum hit makers are excited to once again look out at amphitheaters filled with people singing along with them, this time until the final dog days of summer.

We recently sat down with drummer Johnny Rabb to discuss the preparation he goes through in order to get ready for life on the road, how the band is friends both on and off the stage, and why rumors of a possible double album on the horizon may hold some truth.

TrunkSpace: After all these years of gigging and touring the world, do you still get excited about hitting the road?
Rabb: Yeah, absolutely. We all have families, but some of us have kids, so that part is a juggle, but I have a very understanding family and kids myself, so I still absolutely love it. It’s what I wanted to do since I was probably in the third grade, so for me it’s pretty exciting.

TrunkSpace: This tour will last about three months and includes nearly 40 dates. How do you prepare mentally and physically, because that’s a long time to be away from home and regular routines?
Rabb: It is a drain on the body, but something happens before the show and I’ve felt it happen. You can be extremely exhausted mid-tour, beginning of tour, end of tour – anytime during the tour – and something magic happens where, I don’t know what it is – adrenaline from the crowd’s energy, the amphitheater vibe – where you get this adrenaline rush for real. You’re like, “Okay, show is starting…” Then you tell yourself, “Whoa, we’re in this thing, and this is amazing, and it’s working.” That’s real.

As far as preparation, I’m not going to lie, I need to exercise. I know Ed (Roland) runs and does a good job taking care of himself. I’m not 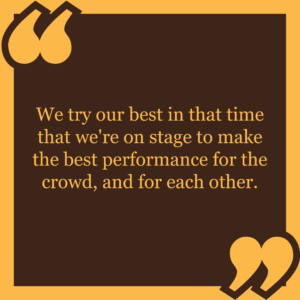 saying the other guys don’t, I just know that myself, I do the age old thing of getting a trainer for a little bit, then all of the sudden the tour happens, and I’m lounging around. (Laughter) But a little bit more to the story, I just try to bring a jump rope out, I’ll try to jog when I can. I’ll try to do some of the stuff I can do on the road to keep in shape. Then the drums, I’m not going to say they help my belly, but they definitely help cardio and stuff like that.

TrunkSpace: One hand must scratch the other one’s back in that regard. Drums help you stay in shape, but you have to be in shape to play drums. The physical stress alone of all of that playing must take its toll?
Rabb: It can get a little difficult. The funny part that people sort of forget is that the beginning of the tour, your body goes, “Okay man, you haven’t done this for a little bit…” Or even if we played a lot of shows this year, no matter what, I’ll get a couple of blisters again, with my skin and stuff going, “Hey man, you’re really not giving us a chance to recover here.” Then that’ll turn into a callus, and I think you know what I mean from there. It’s sort of right back in it again.

TrunkSpace: There must be those days where, perhaps a shoulder isn’t feeling right or you’re sore all over, and you just have to muddle through it and finish the set.
Rabb: A hundred percent. Each of us have had some sort of thing where it almost feels like a… it’s probably not a pinched nerve, but a thing in your back where you’re just like, “Oh, I can’t get up,” or whatever. We’ve had that several occasions where it’s just that something that is stressing the body and overuse will happen. I give the guys total credit, because we’re always super cordial to each other if somebody is not feeling well. In the time I’ve been here, everyone just rises to the occasion. We try our best in that time that we’re on stage to make the best performance for the crowd, and for each other. We try to do the best we can.

TrunkSpace: And you can go out on the road for three months together, and then come home and go your separate ways for a bit and refuel the tank.
Rabb: I think a lot of people make that joke about, “Oh, I can’t wait to get off tour and get away from these guys.” That could be true for body rest. One thing that’s awesome about this band is we get along great. All of us are buddies. Even when the show is over, we don’t just go off into some room and ignore each other. We go out, hang out and have dinner. On days off we do stuff. So I agree with you, yes, rest wise, we all are excited. We’re excited for the tour, and then basically it’s a reward at the end of the tour of, “Hey, good job you guys, let’s do a few shows for the rest of the year,” or whatever we have planned, then just regroup, like going into the studio or something that helps us get a little bit more energy and get back to it. But I’ve never been on a tour with these guys where at the end of it there’s any sort of negative, “Oh, get this thing over with,” vibe. Quite the opposite.

TrunkSpace: Which is great because you hear stories all of the time about people who can do the professional thing and make it work, but secretly can’t stand to be in the same room with each other.
Rabb: I don’t really want to name names, but we’ve seen that out on things we’ve done where when they hit the stage it’s cool, and when they’re not, it’s not. Even sometimes I’ve seen situations out in Nashville where it’s not cool even on stage. It’s like, “Whoa!” So I’m happy to report that all we do is pretty much make a lot of jokes. (Laughter)

TrunkSpace: You joined Collective Soul in 2012. How has your life changed the most since coming on board with the band?
Rabb: It’s changed the most in these sense of, even though I’ve always done music and had the same passion as these guys have had, and even followed them when I was doing my career in Nashville and loved the band, it’s changed in the sense of… I don’t want to say comfort, because I never want to get too comfortable and pretend that I don’t respect my position, but at the same time, almost settled, which I love, because I have a wonderful wife and two daughters. We live in Indianapolis, and it’s been an amazing experience because we can live in Indianapolis or anywhere. It’s also just the schedule – getting used to the schedules. It’s nothing different, because I used to tour before, but it’s one focus. I feel part of a group, as opposed to just hired on as, “You’re the drummer for bing bing…” and put the name in there, country artist or artist. This feels like a long-term plan, and I feel part of a team. So in that sense, and the growth, and getting to know the guys better every year, that’s where it’s changed stuff. I can’t predict the future, but if you said, “What would you want to do?”, that’s what I would want to do, is raise a family where I’m doing it, and work with Collective Soul.

TrunkSpace: There must be something nice too about coming into a band that already has an established audience and knowing that when you go out on tour, there’s going to be fans out there, not only in the audience, but singing along with everything that you guys are doing? There’s got to be a sense of, “I don’t have to go to the club and play to two people and build our way up, because here it is.”
Rabb: Oh, there is! I’ll tell you what, that’s a great analogy. Two things. One, I’m super proud that I have done that whole due paying. Not necessarily, “I paid my dues to be in Collective Soul.” I don’t mean that. I mean, I’m proud to be able to tell you that I’ve done the 12-passenger, 15-passenger van tours. I’ve done the things that I think all drummers and musicians do – the kinds of rites of passage – should do, whether it’s trying to get signed with my band in Nashville, or playing with a country artist and realizing that you are the hired gun.

When I play the songs every night, I’m like, “Man, this is awesome. Look at Ed up there, Will (Turpin), Dean (Roland), Jesse (Triplett). This is great. We’re doing it. This is killer.” I’m excited. It could be in the spur of the moment of a show where I’m concentrating and I go, “Wow, this is that hit song. I love this song. This is great.”

But then there’s a little bit of, and I can’t change time, but a little bit of envy of the past. You can’t change the past, and you don’t want to mess with time and the how-everything-is-meant to be vibe, but sometime I do wish like, “Man, what if I would’ve been in this from the beginning?” But at the same time, I have such respect for Shane (Evans) and all the other drummers – Ryan (Hoyle) and Cheney (Brannon) – so I’m doing this like, “This is where it is now, and this is what was supposed to happen.”

TrunkSpace: There was some stuff floating around online that the band is working on a new album, and that it might be a double album. Is there any truth to that?
Rabb: I always want to not speak out of school or whatever, but there has definitely been rumors that there’s enough to do a double album, and that’s exciting. I’m not keeping any secrets. I’m more just being careful with who knows when it will really be released. But I’m sure there’s plans – talks in 2019 for new music. I will tell you, I know for a fact that it’s definitely true that we’ve got tons of songs that Ed has written. We’ve all gotten together as a band and recorded them over the last year and a half, even in New Jersey. We just went to The Barber Shop Studios for about 10 to 12 days. We had an easy flow in the recording process and we did knockout nine tunes. It’s all sounding really new, fresh, and still has that Collective Soul, undeniable sound.

You can view the Collective Soul tour dates here.