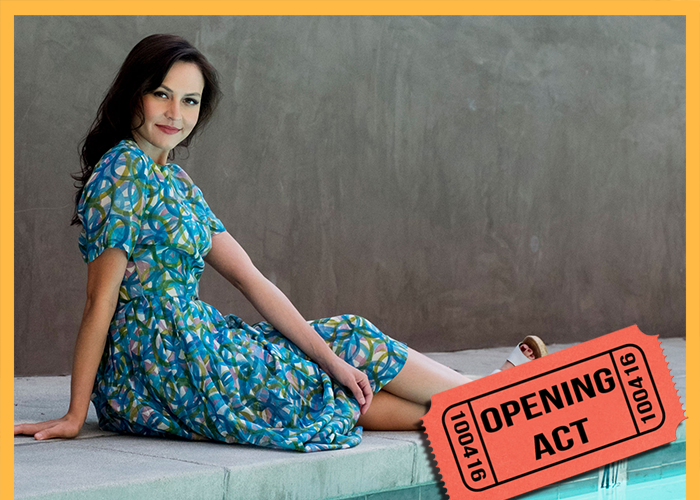 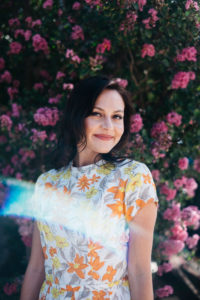 Latest Release: In Your Universe

TrunkSpace: How do you think you will look back on 2019 as it relates to your music? Where did this year impact you most as an artist?
Aben: This year was a wild ride. I think 2019 will go down in history as the year of new beginnings. I can’t help but feel that the last several months set me up for the rest of my life. It was a big year for songwriting and meeting new collaborators who I now consider great friends. I traveled a lot (NYC, Nashville and London) and was reminded that songwriting is forever my favorite part of all of this. Realizing that allowed me to see the doorways that were previously hidden by my indecision. When you are trying to write, book shows, be an artist, create content of all forms, and have a life without going broke you miss half of the opportunities in front of you because you’re just trying to stay afloat. I have a gut feeling that in 10 years, wherever I am, I’ll look back at 2019 and see how the events of this past year helped get me there.

TrunkSpace: You released your album, In Your Universe, in November. As a listener, the release of that album becomes a part of our present, but those songs have been with you for some time and in a way, also represent your past. As an artist, do you feel like you have emotionally moved on from a song – at least in the way you first found a connection with it when writing – by the time it reaches the masses? How do you stay present with songs from your past, particularly in a live setting?
Aben: I don’t know that I’ll ever outgrow any of these songs, emotionally, mostly because of what they mean to me. Every time I sing them live, I get to relive the most beautiful years of my life to date. Everything still feels fresh. Even the sad ones make me feel good because the experiences that inspired them still matter. This record is the chronological story of me falling in love with my now fiancé, so playing these songs live just feels like my dramatic answer to someone asking me, “So how’d you two meet?”

TrunkSpace: If someone listened to In Your Universe front to back, what would they learn about you, both as an artist and as a person? 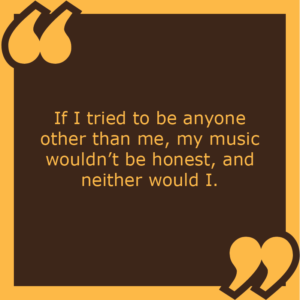 Aben: They would learn that as an artist, I put the most weight in my lyrics. I’m a big fan of keeping the production as simple as possible, then adding in other melodies and harmonies that help, but not overpower the story. I love poetry because it’s evidence that a string of words placed in a certain order can be poignant, powerful and important. I want my songs to mean something and tell a story. They would see how passionate I am about preserving highly emotional and important moments, and that I adore the piano. If they are into astrology, they would likely guess that I’m a Libra and they would be 200 percent right.

TrunkSpace: We read that you grew up on your father’s vinyl collection. Did that appreciation for front-to-back albums – a collective musical experience – inspire your own writing, because for us, In Your Universe feels like a collection of songs that belong together?
Aben: YES. Absolutely. The vinyl we played the most ranged from the ‘50s-‘70s and they weren’t just timeless pieces of work, they were stories I loved trying to decipher. Back then, I feel like albums were released with purpose. The goal was to make music lovers smile, to be the soundtrack to someone’s life, to make someone feel seen and understood. I know some music still does that today, but it just doesn’t feel the same to me. You see, these songs were written (almost) in the exact order they appear on the album. The first few tracks are about me letting go of an almost lover, but as the album goes on, the songs get happier because I met someone new, then we fell in love, and now we’re getting married. This album is the literal documentation of me falling in the greatest kind of love. I know I sound like a sappy romantic, but these songs were my way of processing everything that was happening and it will forever be my most personal timeless masterpiece based on the content alone.

TrunkSpace: What are you most proud of with the album?
Aben: I’m proud that it sounds exactly the way I wanted it to sound in my head. So many people told me to make it more “current” – I’m still not sure what that means. I didn’t understand why everyone wanted me to make it sound like everyone else. These songs were written as ballads. I wanted them to make the listener feel the way I felt when I wrote them. It doesn’t matter if these songs don’t get on a playlist or get thousands of streams, because every now and then, a stranger sends me a message about one of the songs, and every single time, the way it made them feel is exactly how I felt when I wrote it. That means I did it right.

TrunkSpace: How long did it take you to discover your songwriter voice and can you recall the moment when, creatively, it all clicked?
Aben: I feel like I found my voice as a songwriter when I was working on an EP called Sweet Dreaming that I impulsively released in 2017. I had these three songs that didn’t feel like anything else I had written before, and sort of came out of nowhere. I don’t really remember writing them. I just sat down with an instrument and let out my feelings. I wasn’t trying to choose certain words or make everything rhyme. I just wrote what I felt, and to this day that’s exactly what I do. I think it’s the only way I can actually stay true to my voice. I write by myself 90 percent of the time, so no one’s there to reel me in. It forced me to learn how to let everything out, but still be able to edit, and I think that’s made me a stronger writer. However, when I can’t do it myself, I’ve got some wonderful collaborators that help me dig my way out of very wordy verses.

TrunkSpace: Where are you hardest on yourself as an artist and how do you overcome those self-critical insecurities?
Aben: I really beat myself up about being in the music industry and not being edgy or cool. In a world of “no labels” The music industry seems to have a handful of them. My aesthetic is that I don’t really have one. I love ‘50s & ‘60s vintage dresses, I host dinner parties for my friends, wear big curlers, and have been called “too wholesome.” I say this from a place of love, really. But it’s hard when people take the things that make you who you are and phrase them as negatives. So, I try to tune it out, live my life, write and sing my truth because I’ve known who I am since I was 16. If I tried to be anyone other than me, my music wouldn’t be honest, and neither would I. 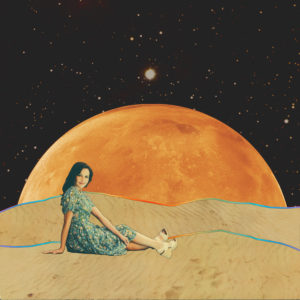 TrunkSpace: Tell us about The Sweatpants Series and how bringing this experience into existence has impacted you as an artist?
Aben: The Sweatpants Series is my passion project and really the only way I perform. We raise funds and awareness for Safe Place For Youth (S.P.Y.), where I am also a member of their Next Generation Committee. Everyone comes in sweatpants and we have performances from a S.P.Y. youth member, myself, and other local singer-songwriters. We share our songs and the stories behind them in an effort to reiterate that we’re all in this together. Growing up in Venice, and seeing it explode with wealth and poverty at the same time really haunted me. This was my way of not only giving back to my community, but also preserving the culture of Venice. I think when you are gifted with a talent and a voice, you should give back to the people and place that raised you and inspired you. With a voice, a platform, and a whole lot of determination you can create change. I actually have a song coming out in 2020 called “Last Local in Venice” and it might be my greatest love song yet.

TrunkSpace: If you sat down with your 10-year-old self and gave her a glimpse of her future, would she be surprised by where her musical journey has taken her thus far?
Aben: Ten-year-old me would definitely be upset that I haven’t been on Broadway yet. I was a very theatrical child. I don’t think she ever would have expected herself to be a songwriter. I’m pretty sure she didn’t even know that career existed. Ten-year-old me wanted to be a singer first, archaeologist second. But at 26 I’m totally still a science nerd.

TrunkSpace: Time machine question. If you could jump ahead 10 years and get a glimpse of what your career looks like a decade from now, would you take that journey? If not, why?
Aben: Nope! I know the highs of this career are unlike any other joy known to humankind, but the lows are where you learn the most about yourself, and personally, where I wind up writing the most songs. I am here for the ride and I like to be surprised. This entire YEAR was a surprise. I also think that people who go looking for answers about the future end up living their lives differently. I like the twist and turns and the unexpected mishaps that sometimes change your life for the better. I’ve always said that I want to feel every moment that I’m given no matter what… how else would I know I’m alive?!

In Your Universe is available now.