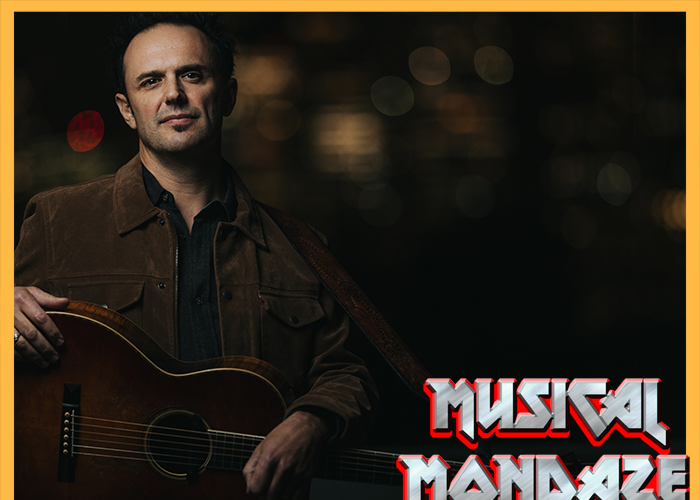 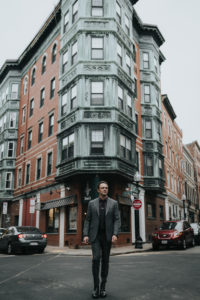 For singer-songwriter Mark Erelli, creative anxiety is the perfect spice for the emotional stew that he serves up when releasing a new record into the world. Fans recently received a heaping dose of that delicious and soul-comforting stew in the form of his 12th album, Blindsided, a record that poses the types of internalized questions we all quietly ask ourselves as we journey through life.

“I still feel like a kid, like the youngest person in the room, in so many ways,” he said in an exclusive interview with TrunkSpace. “One look in the mirror tells me that isn’t so, but maybe it can be a good thing to move through life feeling like you still have so much to learn, are full of questions, and hungry for new experiences.”

We recently sat down with Erelli to discuss pushing the envelope 20 years in, seeking but not necessarily finding answers, and the “Tao of Petty.”

TrunkSpace: Your new album, Blindsided, dropped on March 27. What kind of emotions do you juggle with as you gear up to release new music to the masses?
Erelli: The dominant emotion is still excitement, even after 20 plus years of releasing new music. Maybe even especially because it’s been so long, and yet I still feel like I’m pushing my own envelope and getting better at what I do. I’m just so grateful that I get to put something out there that might be able to be heard and appreciated long after I’m gone. If I’m being totally honest, I admit that anxiety also adds a little spice to my emotional stew around a record’s release. This is mainly because the way music is released and consumed keeps shifting, and it can be hard to keep up on the latest approach and best practices. The art is never cause for anxiety.

TrunkSpace: Are you someone who has a hard time letting go of what you create? Can it be difficult putting so much of yourself into something and then leaving it up to the universe to decide how it is perceived and accepted?
Erelli: I continually remind myself that all I can control is the art, and the reception is largely beyond my influence. The best way to deal with any difficulty I have in leaving an album’s reception up to the universe is to start daydreaming about what I want to do for my next project immediately after finishing one. I’ve already got several ideas I’m mulling over for album number 13.

TrunkSpace: The album is written from the perspective of someone who is halfway through their life and searching for answers in the sea of questions we all face at some point on our path. Did approaching some of these questions from a songwriting perspective allow you, as a person, to sort of work through them yourself in a way that perhaps you wouldn’t have been able to shed light on had you not gone on this creative journey? 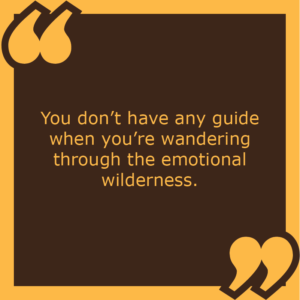 Erelli: I definitely explored some things I need to work on in the course of writing this album. There are a lot of questions in these songs, a lot of wondering if I’m measuring up to what the people in my life need from me. And maybe I don’t always find an answer, but the questions are always coming from an honest place, of wanting to be the best I can be, and in that way I think the songs have been useful in hindsight. The songs become maps of previously unexplored territory. You don’t have any guide when you’re wandering through the emotional wilderness. But you can write a song after you get through a rough spot, looking back on how you got to where you are. Sometimes you think ‘I crushed that,’ and sometimes it’s more ‘let’s not go that way again.’

TrunkSpace: The title of the album struck us – Blindsided. Have you felt blindsided by how quickly life has gone by in terms of, where you began and where you are today?
Erelli: I named the record after a song that kind of flips the often negative connotations associated with the term “blindsided,” making it about someone being happily surprised by love instead of taken unaware by something tragic. But I guess I also feel a little blindsided in the traditional meaning of the word. I still feel like a kid, like the youngest person in the room, in so many ways. One look in the mirror tells me that isn’t so, but maybe it can be a good thing to move through life feeling like you still have so much to learn, are full of questions, and hungry for new experiences.

TrunkSpace: If someone sat down to listen to Blindsided front to back, what would they learn about you both as an artist and as a person?
Erelli: That I don’t have all the answers but that I try really hard to ask the right questions. That the people that I love are the most important thing in my life. That I’m not perfect, more of a work in progress. That I want to leave the best world I possibly can to my kids. And, hopefully, that I’m better at what I do as an artist than I’ve ever been.

TrunkSpace: What are you most proud of with the new album?
Erelli: I’ve been a Tom Petty fan my entire life, and I am in awe by how simple and catchy his songs can be. I’ve always wanted to incorporate some of that feel into what I do, while still retaining my own voice. But it takes incredible control over your craft to make the ‘craft’ disappear. I’ve gone on jags where I’ve listened to nothing but Petty for several weeks in a row, but I never felt like the influence really took, like someone who didn’t know I was a fan could hear traces of it in my songs. Beginning with “Her Town Now,” I feel like I finally captured a bit of what I have come to refer to as the “Tao of Petty” in my songs. So I’m proud of that tribute to him and feel like it has made the songs better, more emotionally direct, and catchier than they’ve ever been before.

TrunkSpace: What do you get out of writing music that you can’t achieve as a listener alone? Why is this – music – your particular outlet in life?
Erelli: When I went to college, there was a first year coffeehouse on campus before the year began in earnest. This young woman got up and sang Joni Mitchell’s “Gallery,” a song I’d not heard before despite being a Mitchell fan. It just floored me, and it really stilled the whole room. It was a moment where everyone was having some private reaction, but there was also a tangible communal aspect to it as well. I wanted to be responsible for creating that space for people, and I wanted people to trust me to lead them on a journey like that, even if it was only a few minutes long. I think you can do that by putting your own spin on a traditional folk song that’s been around for centuries. But for me it tended to happen most intensely with the singer/songwriters that I found as a young man—Jackson Browne, Joni Mitchell, John Gorka, Patty Griffin, etc – and it just felt natural to me that writing in that vein was how I would elicit the same reaction in others that I first had as a listener.

TrunkSpace: Where are you hardest on yourself as an artist and how do you overcome those self-critical insecurities?
Erelli: I sometimes have to remind myself that what can seem like an artistic shortcoming is usually caused by some factor extrinsic to the art. For example, sometimes I can’t help but think to myself ‘I should be able to headline this venue by now’ or ‘I should be selling this many records by this point in my career.’ Then I remember that I’m still married, which is not a foregone conclusion for a touring musician, and that I have a very satisfying career as a sideman that often takes me away from promoting my own records. I wouldn’t trade any of those things, which have brought me great joy and enriched my life as a person and musician. They might keep me from promoting my music to the fullest extent at times, but there is more to life than that. The challenge is to remind yourself that there is no path but your own, the one you make. You can’t look at any other artist by way of comparison, it doesn’t work and just fills you with doubt and self-loathing.

TrunkSpace: We recently attended a The Brother Brothers performance at the Charles River Museum. What an incredible space to take in live music. Can you tell us about your involvement in the 2nd Shift Music Series and what you hope to accomplish with the series as its curator?
Erelli: I didn’t know you were there, thanks for coming! I played that room as an artist in my own right, had a wonderful time, and really wanted it to thrive as a venue. I grew up going to church coffeehouses in the Boston suburbs, because I wasn’t old enough to get into bar shows. When the Charles River Museum folks asked if I’d like to curate the series for awhile, it felt like a way to give back and help present great music in an all-ages show in a cool and funky space at a reasonable price. Maybe there’s some kid like me out there that comes to one of these shows and it changes his life? Who knows, but that possibility excites me. And the fact that we’re not a coffeehouse, that you can get a beer or a glass of wine as you enjoy the show, really helps the vibe.

TrunkSpace: If you sat down with your 10-year-old self and gave him a glimpse of his future, would he be surprised by where his musical journey has taken him thus far?
Erelli: I think my younger self would be shocked, as I didn’t really exhibit any musical talent until I started doing musicals in 7th grade! But really, we should want to preserve this sense of wonder and awe at the notion that anything is possible for any kid. I’d hate to think that I peaked at ripe old age of 10 and that life had no more surprises in store.

TrunkSpace: Time machine question. If you could jump ahead 10 years and get a glimpse of what your career looks like a decade from now, would you take that journey? If not, why?
Erelli: No. Time moves fast enough as it is, and I have no wish for it to move any quicker than it already does. Truthfully, I’m happiest when I’m just doing the work—writing the songs, learning how to sing them better, figuring out how to bring someone else’s song to life as a sideman. That’s my daily practice and as long as I get a chance to do these things most every day, then I don’t really care where it ends up. A little more money would always be nice, but I am incredibly lucky to do what I do and there are many people who would gladly trade places. I just want a life in music, that’s all I want.