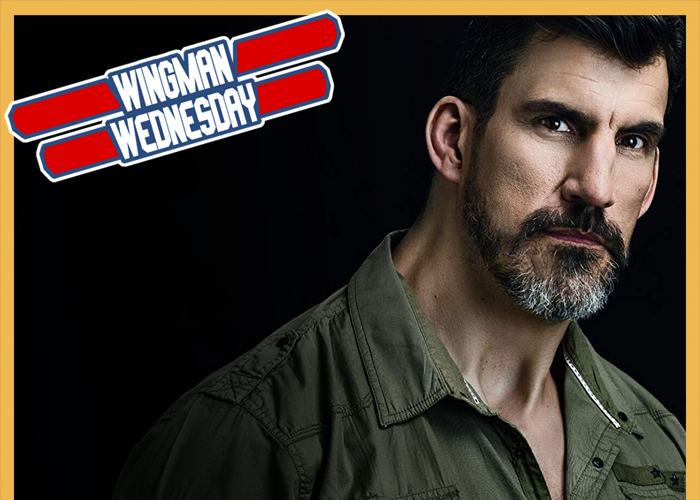 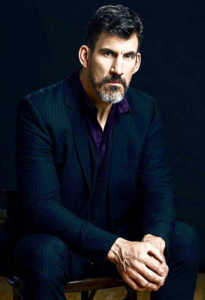 Being a professional wrestler – performing live in front of thousands of people at a time – prepared Robert Maillet for his career as a film and television actor. Even on his first project, the big screen, big-budget adaptation of the graphic novel “300,” the man once called Kurrgan in the squared circle was now perfectly comfortable taking direction from Zack Snyder and having all eyes on set fixated on him. Compared to the audience at an event like WrestleMania, the cast and crew of a film, even one as ambitious as “300,” couldn’t match the headcount of what he was used to working in front of while at the WWE.

We recently sat down with Maillet to discuss his latest project “Polar,” fighting an invisible enemy at his audition, and how his successful Oddities run at the WWE stemmed from dancing at an after-party.

TrunkSpace: Looking back over your career thus far, would 12-year-old Robert be surprised by how it has played out?
Maillet: Yeah, I think my 12-year-old self would be surprised because at the time, to be an actor, work as an actor – and also work as a professional wrestler – it was far away from my mind at 12 years old. And though I used a lot of my imagination at the time – I was a daydreamer and I loved movies and stuff – never would I imagine I would be in films.

It’s also not surprising, though. What I was doing at the time, when I was 12, I used to draw a lot… tell stories. Caricatures and stuff. I was into Conan, all the animated stuff – cartoons. Anything that inspired me, I would draw and tell stories, so I was kind of a storyteller, much like being a wrestler and an actor kind of have similarities.

TrunkSpace: And with your new movie “Polar,” which is based on a graphic novel, it has sort of come full comic-book-circle.
Maillet: That’s true. Funny though, a lot of the stuff I worked on, most of it is always based on comic books… graphic novels and comic books. “300,” my first big feature film I did is a true story, based on the true event of Frank Miller’s graphic novel. So, that’s fascinating when you think about it. That’s true.

TrunkSpace: A movie like “300,” or “Pacific Rim,” which you also starred in, and now “Polar” as well… they all have a visual element to them that make them feel like a live action comic book.
Maillet: That’s right, and it’s great to see that medium, that form of storytelling – comic book form – that’s so popular to translate into TV or films. Imagination can go anywhere – there’s no boundaries – so you can get some really great original stuff out of it. It’s really cool to see.

TrunkSpace: You mentioned being a storyteller even at an early age. Do you view the path of your career as one career, or was professional wrestling something separate than your on-screen acting? Because from an outside perspective it seems that professional wrestling could be a really great boot camp for on-camera acting because there is so much character work involved.
Maillet: For sure. And you’re right, I see my career as kind of the same path – the similarities between acting and wrestling. And wrestling 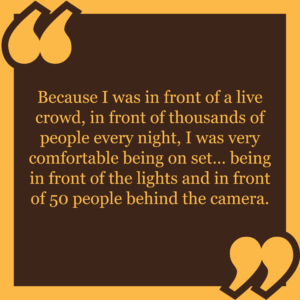 has prepared me for being an actor, because when I was with the WWE for a couple years – my big break, of course – it’s very much is like show biz. The way the whole machine was run, the marketing machine and especially for TV stuff – when they were doing the live events and Pay-per-views and WrestleMania – it was very much show biz. You’re in character, you gotta somewhat have a script as well, you gotta know the finish and all that stuff. A lot of it is rehearsals and it’s all about storytelling – making sure the audience gets sucked into your story, gets connected with your character and what’s going on in the ring. That’s the basis for acting. It wasn’t a shock for me the first time I went on a TV set or a movie set. It was very familiar. And to me, because I was in front of a live crowd, in front of thousands of people every night, I was very comfortable being on set… being in front of the lights and in front of 50 people behind the camera.

I remember my first day on “300.” I was in makeup – five hours of makeup – and we did rehearsals for like a month prior to it. And then finally the day comes to shoot my first day… a big Hollywood feature film. It was a big deal so there’s, like I said, 50 people behind the camera just looking at you. Lights and camera are on you and you think, “I should be nervous.” It’s the one time I would have been I guess, but wrestling prepared me.

TrunkSpace: Was the success and interest of “Polar” a surprise at all? Even on IMDb it peaked at the top MOVIEmeter spot, which is not an easy feat with everything else out these days.
Maillet: It was. I remember reading the script and I remember doing the audition – it was over a year ago now, just before Christmas of 2017 – and I had no lines. I had no lines for the sides. And they wanted me to reenact a big fight with Duncan (played by Mads Mikkelsen) that would never happen in the film. They wanted me to reenact it, basically by myself, so I had to pretend I was fighting somebody else who was invisible. (Laughter) The whole scene was described basically as I stab him or shoot him and then I punch him and I fall into a barn and eventually he gets swept into the barn and kills me. So I had to reenact the whole thing.

So I used my wrestling background, my acting background, to use my imagination and I hadn’t heard from them for over a month. And then a month later, January of last year, they offered me a role because they loved my performance. And when I read the script, it was in your face, I mean, they weren’t pulling punches in that film. And I knew it was gonna work because I loved those kind of films. That’s my genre, as a fan. It’s so different and unique and I like it when they’re not afraid to show the audience. It’s a great way to shock. I love that stuff.

TrunkSpace: For the viewer, the end result is always the most memorable part of a film or TV show, but for you, we would imagine it’s the process. What will you take with you through the rest of your life – the thing that will stay with you – from shooting the film?
Maillet: Well, I think it’s the friends… the people you work with. I got close to the group, to the A-team. We got really close in filming. I had a great time with the people. We really got along very well, and I think it shows on film. It was so fun to work with all of the actors and the crew, especially with Jonas Åkerlund, the director, he was so nice and so open to our ideas. He’s easy to work with.

It’s funny with Mads – great guy, he’s a cool guy – I met him prior to that, maybe four years ago now, for a HorrorHound convention in Indianapolis four years ago. We were represented by the same convention agent, so after the event we would all go out, a group of us, to eat supper, including Mads, and so we got along very well that weekend. We started taking selfies together. (Laughter) Unbeknownst to me, four years later, I’m chasing him around the woods. It was kind of cool.

TrunkSpace: Val Venis, right?
Maillet: Val Venis! But see, he worked that gimmick so well and he was this natural, great talent and he made it work. Not a lot of guys would have made it work.

At the time, it was very risky and I was afraid they were going to do something with me… something that wouldn’t be comfortable, which, in a way, they did. They put me in as this drooling monster, the evil Kurrgan who destroys everything, and then they pitched me the idea to do this fun-loving… The Oddities. I remember I was at home and I got a call from Vince Russo… not Vince McMahon… the head writer. And he never called. He never called my home before and I was like, “What the hell is going on?” (Laughter) I was kind of in limbo at the time. They weren’t sure what they were doing with me, with the whole Kurrgan thing, and then he pitched me the idea of this fun loving group, dancing and having fun while dressed up in tie-dyed goofy clothes. The whole thing was to introduce ourselves singing Miss America dressed up in tuxedos.

So, he didn’t see my face – my initial reaction while he was pitching me that – but I was basically saying no to myself. But I said yes of course. It was probably the only opportunity I would have to be with them. They would have let me go, probably, if I said no. So yes, it was very uncomfortable at first, doing that thing, because it was out of my norm, but it worked because it got over. The guys got into it. They got some great music from ICP and it got over. We got busy… really busy for a year. We did Pay-Per-Views, magazine covers and video games. So it worked, but it was not my thing to do, dancing in front of a crowd.

TrunkSpace: Unexpected lightning in a bottle.
Maillet: What happened was – this is a true story – there was a WrestleMania after-party in Boston back in ‘98. We could bring our wives with us, so I brought my wife. My wife, she loves to dance, so of course she wanted me to dance with her on the dance floor at the party. I should have known because there’s a lot of male wrestlers not dancing and they’re looking at me, staring at me. They couldn’t believe this dancing giant. So then Vince McMahon was there and saw me dancing and he couldn’t get the idea of me dancing out of his mind, so the whole Oddities thing came about.