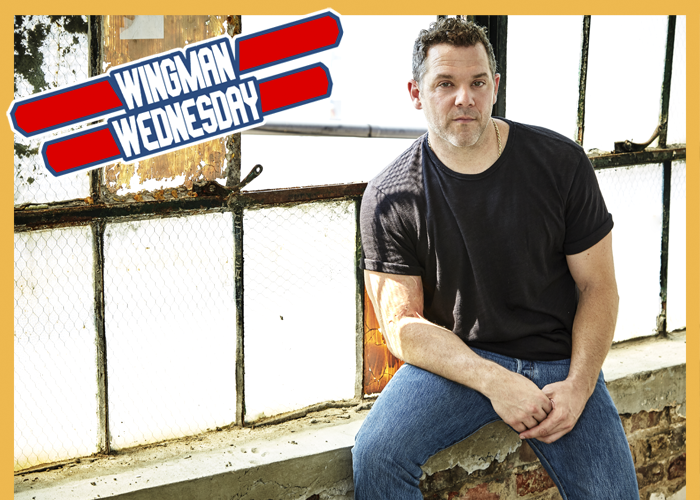 Long before the acting bug sunk its fangs into him, baseball was Joshua Bitton’s first love. A lifelong New York Yankees fan, he’s seen plenty of championships for his hometown team in his lifetime, but inhabiting a ballplayer on-screen – the perfect combination of his two favorite pasttimes – has eluded him. Currently the Queens, NY native can be seen hitting weekly homeruns as police officer Chewy on the compelling CBS All Access thriller “One Dollar.”

We recently sat down with Bitton to discuss friendly rivalries, the authenticity of “One Dollar,” and why Jon Bernthal should be cautiously looking over his shoulder.

TrunkSpace: First off, we’re Red Sox fans, so we just thought we’d lay it all on the table and clear the air. Love the game, not the team! That being said, have any early post season predictions?
Bitton: Wow! You guys took it right there! Yeah, I’m a big Yankee fan, so we’re instantly in a fight. (Laughter) This is VERY DIFFICULT for me to say, but that Sox team you guys have is stacked. You have the two most dangerous hitters in the league, a remarkable starting rotation, and a really good closer. Middle relief might be an issue, but I think, as a baseball fan, I’d have to say the Red Sox are the clear favorite. Don’t sleep on the Astro’s pitching. That team can shut anyone down.

I think my Yanks are a year away. We need another top-notch starter. As we saw last year, these guys can surprise you, but the way the Yanks played last year is how I see your boys playing this year. With that fun, free, reckless abandon.

So… my head says Red Sox, my heart dreams Yanks.

TrunkSpace: As far as concepts go, “One Dollar” is a great one. What we also love is that it is an original idea in a world that is getting increasingly more and more “Based On.” What did you love about the project when you first read for it, and more specifically, what drew you to Chewy?
Bitton: “One Dollar” has a lot of things going for it. I’d have to start with Craig Zobel, our director. Craig is so collaborative and playful on set. He really allows us to have input, discover and create. On top of that, he’s just a remarkable filmmaker.

Another element that drew me to the story is what feels like a real look at the working man and woman in this country. The show looks at, under, and through this town that was once a thriving steel mill town, but now is just holding on. We have a central plot point of a possible seven-person murder, but Craig and the writers don’t simply stick to that. They allow us to see the world through the eyes of the various “dollar holders.” Some are connected to the crime, some give us a different perspective of the town we’re in, and some do both. All add to what we hope is a deeper understanding of the plight of people in these types of life situations. 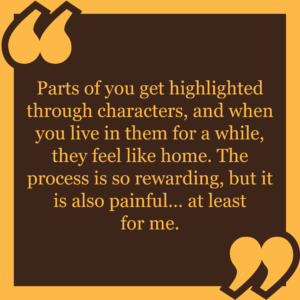 on. I think representing guys like Chewy is important. At heart, he’s a good guy, but his perspective is so limited. I love that. I love that he’s challenged by this rookie cop, who takes his shit, but is smarter, and eventually unafraid to challenge him. Chewy is a guy who just might learn something.

TrunkSpace: The series runs on CBS All Access. With an increasing number of interesting projects appearing on platforms every day, how does a show like “One Dollar” rise to the top? What is the key to finding a dedicated audience when audiences in general seem to be getting more and more segmented?
Bitton: I think “One Dollar” speaks to a lot of the issues that are happening in our country. The slow erosion of the middle class, the change from industry to technology… it’s what drew me to it, and what I think will eventually bring audiences in. All of that is encompassed around the murder of seven people. The cast is remarkable, which always helps. And it’s funny – it’s quirky. It’s told with a real point of view, which I think is what is its biggest draw.

CBS All Access is a remarkable place to work. CBS has some of the most successful procedural shows, and sitcoms, but this platform is more akin to the kind of shows Netflix is putting up. CBS All Access has been putting together quite a collection of shows that are different than what they carry on the network platform. As people discover that, I think they’ll get hooked by the wide array of shows the platform hosts.

TrunkSpace: Unlike a lot of streaming shows these days, “One Dollar” is being released weekly like most network shows. Given the genre it plays in, giving the audiences small pieces of information at a time, do you think the old roll out method works for the way the story is unfolding? Does it suit the show?
Bitton: That’s a great question. I think the weekly element really works. It builds tension and it leaves time for the viewer to process the details and nuances of the show. And if you’re a binger, you can wait a few weeks and let them pile up, then have at it!

TrunkSpace: Chewy is a Pittsburgh police officer. What did you want to bring to the character that was wholly and uniquely Pittsburgh, because it is a city that has its own vibe and persona?
Bitton: The blue-collar, hard hat and lunch pail mentality that really permeates this city, and… the dialect! I’ve done a lot of accent and dialect work in my career, but da ‘Burgh has one unlike any I’d ever heard. Speaking Yinzer, as it’s called, has been such a challenge and so fun. Words like “yinz” which is the Pittsburgh version of you, or as New Yorkers say, “youse.” They say words like down and south as “dahn” and “sahth.” It’s unique to this region. Most people have never heard it. Some will probably think it’s just bad accent work – (laughter) – but to create a world around here and not do it would be a disservice to what being here and living here has been like.

TrunkSpace: The series speaks to the various divides that we’re facing as a country, both political and cultural. Was it meant to hold up a mirror and say something beyond the narrative, or was part of that just world-building that seems more magnified given the period we’re all living in?
Bitton: I think it’s really been a focus of our director, writers and production team, and one that we as a cast have wholeheartedly embraced. To do a show about a town outside of Pittsburgh in these times without those issues being present would just be false. I’m sure the times have magnified it, but there has been awareness, and care, I think, to be as honest as possible about it.

TrunkSpace: You have appeared in so many great shows over the years, from “Justified, to “The Night Of” to “Castle.” Is there a character that you enjoyed so much that you wished you had more time to explore?
Bitton: Yeah, absolutely. Rory from “Daredevil.” Since you never saw him die, technically, I always thought it would be fun to come back a cyborg and kick The Punisher’s ass. (It doesn’t hurt that Jon Bernthal is one of my best friends, so I owe him one.)

Sully from “Castle” would’ve been fun to live in for a little while longer. He was funny, and sweet, and a slob… and those people were very fun to be on set with.

Last would be what happened to the actual Sgt. J.P. Morgan from “The Pacific.” They couldn’t corroborate it, but rumor was he won thousands of dollars while in the Corp and sent it all home to his wife. When he got back from the war, supposedly his wife had left him for another man, and stole all the money he had sent home. He set out to find them and kill them but died in a motorcycle accident while hunting them down. I always wanted to live that out!

TrunkSpace: Is it ever difficult to say goodbye to a character, not because the project itself was so rewarding, but because the person you were inhabiting was so interesting?
Bitton: Oh God, yeah. They become part of you. Parts of you get highlighted through characters, and when you live in them for a while, they feel like home. The process is so rewarding, but it is also painful… at least for me. It’s the guys I’ve lived in the longest that hurt the most to leave. When I came back from Australia, after shooting “The Pacific,” I was sitting with my great friend, Tom Budge, and we were just so depressed. We couldn’t put our finger on why, and it hit me – “I have to say goodbye to J.P.” Then Tom said, “Ah, fuck… yeah, I have to say goodbye to Gibson,” and we just sat there silently as that realization landed.

TrunkSpace: Jumping back to baseball, you played in both high school and college. Was there a time when professional ball was your path? Was that your earliest dream?
Bitton: Hell yes! My first dream. My first love. I love the game. I’m DYING to do a baseball movie. Dying! When I played in college, I dreamed about driving my car down south and just going from small minor league team to small minor league team and finagling a tryout. Then I found acting, and got so bit by the bug, that it felt just as right as playing ball. And, to be honest, I didn’t really have the stick to go to the next level. I could field, turn two like nobody’s business, but I was an okay hitter at best. I realized I didn’t really have it. Here’s to hoping both of my life dreams come together, and I get to play a ball player. (By the way, you guys will get particular joy out of a Chewy line I have in Episode 4, I promise!)

TrunkSpace: You’re also extremely active in theater. Is there something uniquely rewarding to performing on stage that you can’t achieve on-camera? Is it a different kind of love?
Bitton: Yeah. Theatre is so immediate. The reciprocal relationship you have with the audience as well as the actors on stage. It’s all happening right in that moment. On stage, I’ve been able to play roles that are sometimes not how the film and TV world has seen me, so that is another bonus. I also think it’s the best place to learn and grow as an actor.

New episodes of “One Dollar” air Wednesdays on CBS All Access.