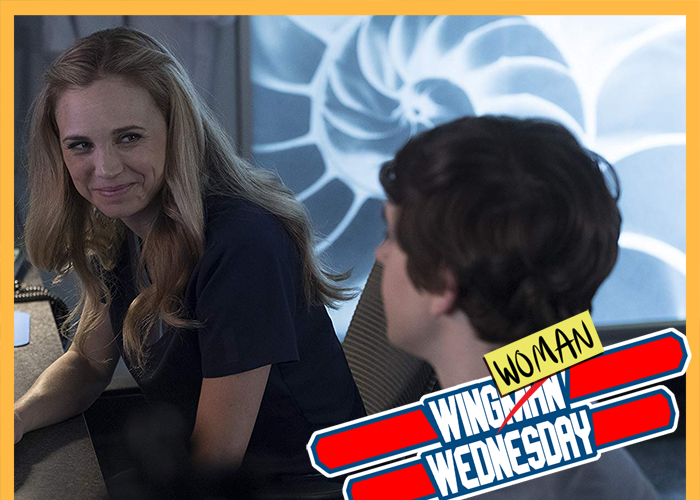 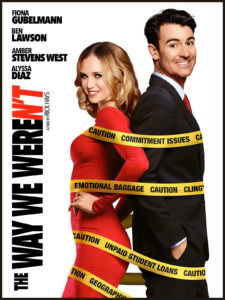 Prior to booking the role of Jenna Mueller on “Wilfred,” Fiona Gubelmann had considered walking away from acting and returning to college. Fate stepped in, however, and her on-camera career has been rising steadily ever since. The California native, who was once pre-med, is currently starring as Dr. Morgan Reznick on ABC’s “The Good Doctor,” and she can also be seen as the lead of the recently-released romantic comedy, “The Way We Weren’t,” available now on VOD.

We recently sat down with Gubelmann to discuss putting your best foot forward, comfort-inspired risks, and why her younger self would be surprised by how much comedy is listed on her resume.

TrunkSpace: “The Way We Weren’t” is a modern look at the classic romantic comedy. In a way, it feels like a bit of a throwback. As a performer, what appealed to you about the project and getting to navigate the narrative as your character Charlotte?
Gubelmann: When I read the script, I thought it was not only hilarious, but it also had heart. I really connected to Charlotte and her need to try and change who she is in order to fall in love. And the emotional growth she had in the film.

TrunkSpace: One of the things that’s great about the film is that it’s relatable. We have all exaggerated or embellished things about ourselves while trying to appeal to the opposite sex. We upsell, basically. While Charlotte obviously went to the extreme of that concept, was that something that Fiona could look at in retrospect, perhaps while reading the script for the first time, and find some common ground in? Did it kick start any memories of your own dating fibs and allow you to be both the performer and the audience?
Gubelmann: Yes, exactly. We all want to present ourselves in the best light, whether it’s when we meet someone we are attracted to, new friends or even when looking for a new job. And it’s something that is becoming more and more embedded in our every day lives. When you flip through social media accounts or magazines, we are being presented with these idealized realities that aren’t always reflective of what’s actually happening. This film is definitely relatable.

TrunkSpace: You were recently upped to a series regular on “The Good Doctor,” which was renewed for its third season. You’re the lead in a romantic comedy that was released in time for Valentine’s Day. Has it felt a bit like “when it rains it pours” lately in terms of good 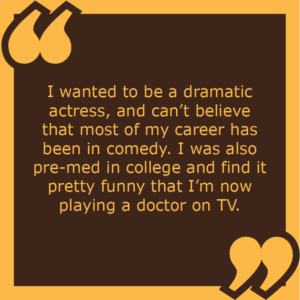 news/happenings for your career? From an outside perspective, this seems like a really great run of career-defining moments.
Gubelmann: Yes, thanks! It’s been amazing! Working on “The Good Doctor” has been a dream come true! It’s such fun and challenging job and I’m very lucky to work with people who are not only incredibly talented, but also some of the kindest people I’ve met. The cast and crew are truly a family, and I’m absolutely loving it!

TrunkSpace: So much of the success of a romantic comedy goes into the chemistry between the costars. How do you personally try to find and establish that on-screen rapport with your costars, and in the case of “The Way We Weren’t,” with Ben (Lawson) specifically?
Gubelmann: Oh yes, chemistry is very important. Not just in terms of a love interest, but with everyone you work with. Often times, the more comfortable you are with one another, the better your performances will be. When you’re relaxed, you’re more willing to take risks and make choices that can be scary. Ben is not just a talented actor, and ridiculously funny, but he’s one of the sweetest people I’ve had the pleasure of working with. We had actually worked together on “Modern Family,” and when I was cast in “The Way We Weren’t,” I thought of him for the part and mentioned him to casting, so I was thrilled when they cast him.

TrunkSpace: For the audience, the most enjoyable part of a movie or series is the end product, but for those involved in the project, we would imagine it is the experience. For you, what will you take away from the production of “The Way We Weren’t” that will stay with you going forward?
Gubelmann: From “The Way We Weren’t,” I definitely take with me the memories and the friendships that I formed and strengthened. A few of my friends were cast in the film, and so it was great getting to work together. The cast really bonded and became friends. I still keep in touch with a lot of them, which doesn’t always happen.

TrunkSpace: We read that you fell in love with your “The Good Doctor” character Morgan right away. Does that personal connection to a character translate on-screen? Can the love you have for a character directly influence your performance?
Gubelmann: Of course! When you love your character, I think your excitement and enthusiasm drive you to work harder and explore more. You spend lots of time thinking about why your character does certain things, trying to understand them, coming up with fun choices. It’s great!

TrunkSpace: Is there a character that you wished you had more time to spend with, even a guest spot that you would have liked to explore further?
Gubelmann: Oh, yes. Most of them. Guest stars go so quickly and you always want more. I loved working on “Mad Men” and wished we’d had more time. And on “Telenovela” I had the best time playing Crazy Kelly! I wished we could have done more with her.

TrunkSpace: There are a lot of ups and downs in the pursuit of a career in the arts. Was there ever a moment where you thought about walking away from acting, and if so, what kept you on your path?
Gubelmann: Yes, right before I booked “Wilfred,” I was considering going back to college. But then I booked “Wilfred,” and things have been a dream since then.

TrunkSpace: Would 12-year-old Fiona be surprised by how her career has played out thus far?
Gubelmann: Definitely. I wanted to be a dramatic actress, and can’t believe that most of my career has been in comedy. I was also pre-med in college and find it pretty funny that I’m now playing a doctor on TV.

TrunkSpace: Time machine question. If you could jump ahead 10 years and get a glimpse of what your career looks like a decade from now, would you take that journey? If not, why?
Gubelmann: Yes. No. Maybe… (Laughter) Probably because I’m impatient and hate surprises.

“The Way We Weren’t” is available now on VOD.

“The Good Doctor” airs on ABC.