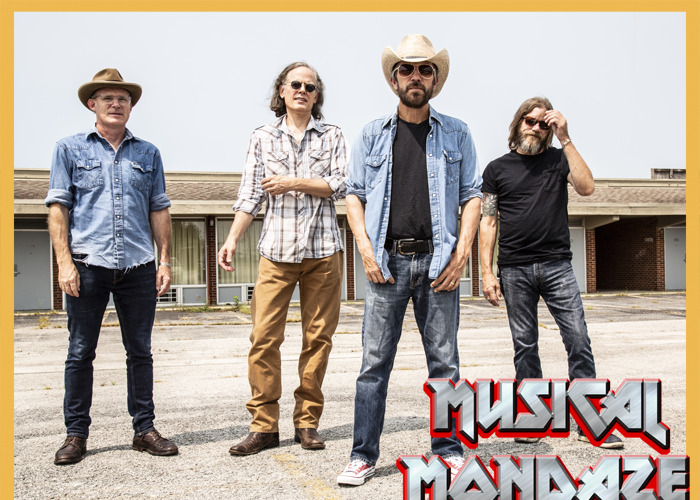 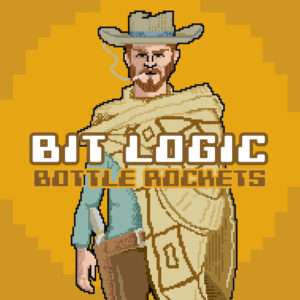 Sonically, The Bottle Rockets are a different band than they were when they first began writing and performing together in 1992, though lead singer and guitarist Brian Henneman admits that the musical metamorphoses that they’ve gone through are never as profound to the listeners as they are to themselves.

With a cleaner, crisper vibe, their latest album “Bit Logic” (available now from Bloodshot Records) may be their biggest leap yet, but at the same time, it’s a sound that they feel closer to than the distorted “fist fight” that had come to define them over their nearly 30-year career.

We recently sat down with Henneman to discuss fan families, the far off drunken days of their youth, and why you’ll be hard-pressed to make present day ZZ Top comparisons.

TrunkSpace: The band has been at this a long time. Are there still firsts for you out there in terms of experiences for the band? Does it still feel fresh when you hit the road?
Henneman: No. Not after 25 years. We’ve pretty much have seen everything that you can see. It’s just always fun to get out of town for a while, but no, there’s really nothing fresh anymore. I don’t think so. I think we’ve done it all.

TrunkSpace: Your personal time in music stretched before The Bottle Rockets. Has your artistic point of view changed as you’ve grown older and experienced more of life?
Henneman: Oh yeah. Sure. It’s just… you see things different when you’re older than you do when you’re younger, that’s a fact. The view from here is different than the view from 25 years ago, that’s for sure.

TrunkSpace: Taking into account that view from here, does present day Brian still relate to the songs you were writing 25 years ago?
Henneman: Amazingly, yes. That was just sort of a lucky break on my part 25 years ago, I guess. I wasn’t planning to be doing it. I wasn’t even thinking about that maybe I would still be singing those songs 25 years later. That was just something within, I guess – some self-protecting circuit.

TrunkSpace: When you play songs live that were written 25 years ago, do perform them for you, or is it for the fans? Are the fans growing with you or are you seeing new generations discovering The Bottle Rockets?
Henneman: Both. You know what we see a lot of is these kids of the original fans, so it’s like a family affair. You get these younger people coming, but they know everything because their parents were playing it. 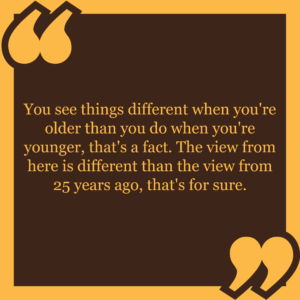 TrunkSpace: That is interesting. For the listener, you build a memory around a song or an album and it’s got to be cool to be able to see now that there is this connective tissue between various generations and that younger kids are forming their own ties.
Henneman: Absolutely, yeah. I know. That is interesting. It’s interesting to see the younger people have different songs attached to their memories. It’s funny. We’ll go to some town, I can’t really name them but you get into certain places where you realize that maybe this whole audience hasn’t heard anything that we’ve made since 1997. It’s kind of like they just want to hear all the old stuff. It’s weird. It does happen, and just kind of randomly. You can tell when it’s going on. You’ll play new stuff but they’ll just keep wanting the old stuff.

TrunkSpace: We’re certainly guilty of that. You put on your favorite record and you listen over and over again… trapped in a musical loop.
Henneman: Me too. I lost touch with Graham Parker after “Squeezing Out Sparks.” I’m the same way. It’s just how people do it.

TrunkSpace: Have The Bottle Rockets albums become chapters of your life?
Henneman: Yeah, for sure. It’s funny though because now, it’s like this version of the band with the current members has been together longer than any other version of the band. It’s like the old stuff, the really old stuff, was the other variations of the band and sort of just assimilated to memories of the new band now. “I have a new band, which is the oldest band that’s been running.” It’s like those really far off memories from the old wild drunken days and whatever. If you force yourself to remember them, you can remember them but everything just seems that this has been the only band. It’s been that long.

TrunkSpace: As you look over the catalog of music that you’ve created, where do you hear the biggest changes over the years?
Henneman: I think the biggest changes have come in recent times. Like the last two albums were both pretty big changes compared to the old days. There was a period of time where no matter what we did, I mean, even if we would made an effort to do something different, people would still hear it the same way. We wouldn’t hear it that way, but there was a period of years where no matter what we’d try to do, they’d still always put out ZZ Top references. And then you go back and hear it and go, “Oh, okay, I can see that.” It never is as different as we think it is, but I think the biggest differences have really come in the last two albums and it’s in motion. Like with this newest one, “Bit Logic,” it’s like that’s the direction things are going… cleaner. That big, loud, dirty guitar sound, I don’t do that anymore. I mean, I never say never of course, but I don’t see it coming back because it’s just… it’s changed. But still, it’s the same band. You’ve got landmarks. You know who it is.

Probably one of the biggest changes was when we first started doing those living room shows… just acoustic guitars, no microphones. We’ve been doing that for years now, but when we first started doing it, it was like all of a sudden we realized that people were maybe getting the songs for the first time. It was like all of a sudden people were like, “Oh, wow.” It was like they were talking about lyrics. And then we realized that all those years and all those loud guitars, that people weren’t even really hearing what the songs were about. That started steering the ship a little bit.

TrunkSpace: So going back a bit to the start of our conversation, what would Brian of 25 years ago think of “Bit Logic?” Would it seem like a stretch to him?
Henneman: Good question. Here’s a funny thing about this band is, 25 years ago, I didn’t even really think about stuff like that. It was just like everything was of the moment. It was like this is what we do, this is how we’re doing it and then somebody is going to capture this on a recording and it’s going to go out there and we’re going to go out and drive around and eat cheeseburgers and get drunk. It was just the simple, “Woo hoo, we’re out of the house!” I didn’t even really think about it. I think that the me now relates to the old thing better because the old me wouldn’t even think about the new thing, but if we had just done what we’re doing now way back then, I that would have worked too.

In those days, it was like, “Turn up the guitars, go man go!” The Neil Young influence was way heavier back then. It was like, okay, we wanted to sound like that, but it wasn’t like something that was, “We’re going to sound like Neil Young dammit!” That’s just kind of how it naturally was. We were loud and guitars sound that way loud and this is just how it goes. But you know, I liked cleaner guitar sound stuff back then too. In fact, I probably liked it better than the stuff we were doing as far as listening goes. I don’t know, I think maybe now we’re just living out actually closer to the stuff we used to listen to.

TrunkSpace: As artists, you always have to go back to doing what inspires you and makes you happy, because at the end of the day, why do it if it doesn’t?
Henneman: Right. Right! And that big loud thing, it was kind of a burden after a while. In the early days it didn’t matter because it was exciting and blah, blah, blah, blah, but it became sort of like a drag that was kind of like we’d go see other bands or whatever who didn’t do that and be kind of jealous of it. They don’t have to do that. Playing real tight together and everything sounds great and you can hear everything. And then we always knew that it would be like a fist fight when we’d get on stage. The sound of a frigging riot going on. And it took a long time to come around to changing that. In fact, we’re still working on it. We’re still perfecting that.